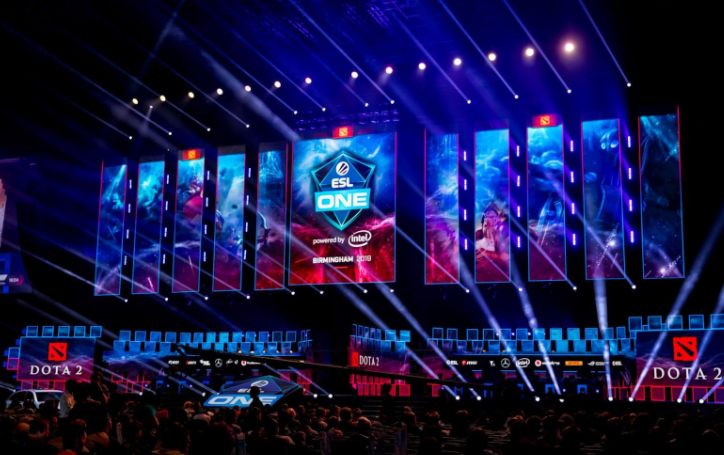 The end of the year is just around the corner and we all know that means; the whole world is currently at the tips of its toes itching to see what new trends & quirks the world of tech innovation is going to have to offer for us throughout the coming year. Thousands of companies within numerous industries such as gaming are working at overdrive to bring us all new ideas to enhance our experiences and take their industries to the next level. The Esports industry has been growing massively throughout 2021 and has become closely intertwined with the betting industry, creating a massive partnership that’s bound to grow and improve as time passes.

The biggest advancements we have seen so far in the Esports & betting scenes.

Events are becoming bigger than ever and have become a widely accessible global phenomena. One of the biggest improvements Esports competitions have seen throughout this year was an outstanding increase in audience engagement. Not only have they improved and widely spread numerous online platforms to stream esports tournaments, they have also become accessible on live television, specific league websites, and even social media. This has increased the industry’s reach well enough to project a very attractive future for the world of Esports and those who are knee deep in it.

The online betting scene has become safer and more trustworthy than ever before with regards to online security and fairness. There are also plenty of review websites that list the safest betting sites in Ireland, assuring you that you’re not being scammed as you bet on your favourite esports gamers with the hopes of getting it right and coming out with a nice little profit. Not only have blockchain technologies allowed us to constantly observe every single live transaction and win that takes place in real-time, we are also seeing betting companies set the bar for all kinds of services, such as live streaming, customer service, payment options, mobile use as an alternative for computers and more.

What will the esports betting scene be like next year?

Larger events, more skilled players, more tournaments and competitions, as well as all the leagues we know and love from the past few years. All the classic games which are widely renowned in the Esports betting scene aren’t going anywhere, anyone who has interest in the industry would know which games we’re talking about;

The classic PC-exclusive competitive first person shooter is anticipated to take flight in the competitive gaming betting scene once more for its 10th anniversary, after holding a solid gamers & bettors community since 2012, is set to be amongst the biggest titles to lead the Esports betting industry next year. The game even has its own global leagues such as the ESL Pro Tour, already set on calendars for 2022.

One of the most popular games to ever set foot in the Esports world, Dota 2, will surely be returning  next year with all kinds of tournaments thanks to its particularly competitive playstyle. The International Dota 2 championships earn competitors millions of dollars and they will keep growing in popularity as the profitability of the industry rises. Dota 2 also has numerous events in preparation to keep us entertained throughout the next year.

We might also be seeing some newer games enter the scene

This might be the only XBOX classic title that we will ever see in the global esports betting world, since Microsoft have now made XBOX games accessible on PC. We haven’t really seen much of the past Halo titles in the competitive Esports industry, however the all new Halo Infinite is anticipated to be a game changer to the Esports world.

According to the Olympic community, the Asian Games of 2022 will also host an Esports event, featuring debut games such as Dream Three Kingdoms 2, Hearthstone, Street Fighter V, PUBG mobile version, and more!

The leagues confirmed for next year

2022 is set to be jam-packed with all kinds of events to fuel the Esports industry with more hype and popularity than ever before. Some of the competitions which we are sure to be seeing next year due to already having confirmed dates can be found below;