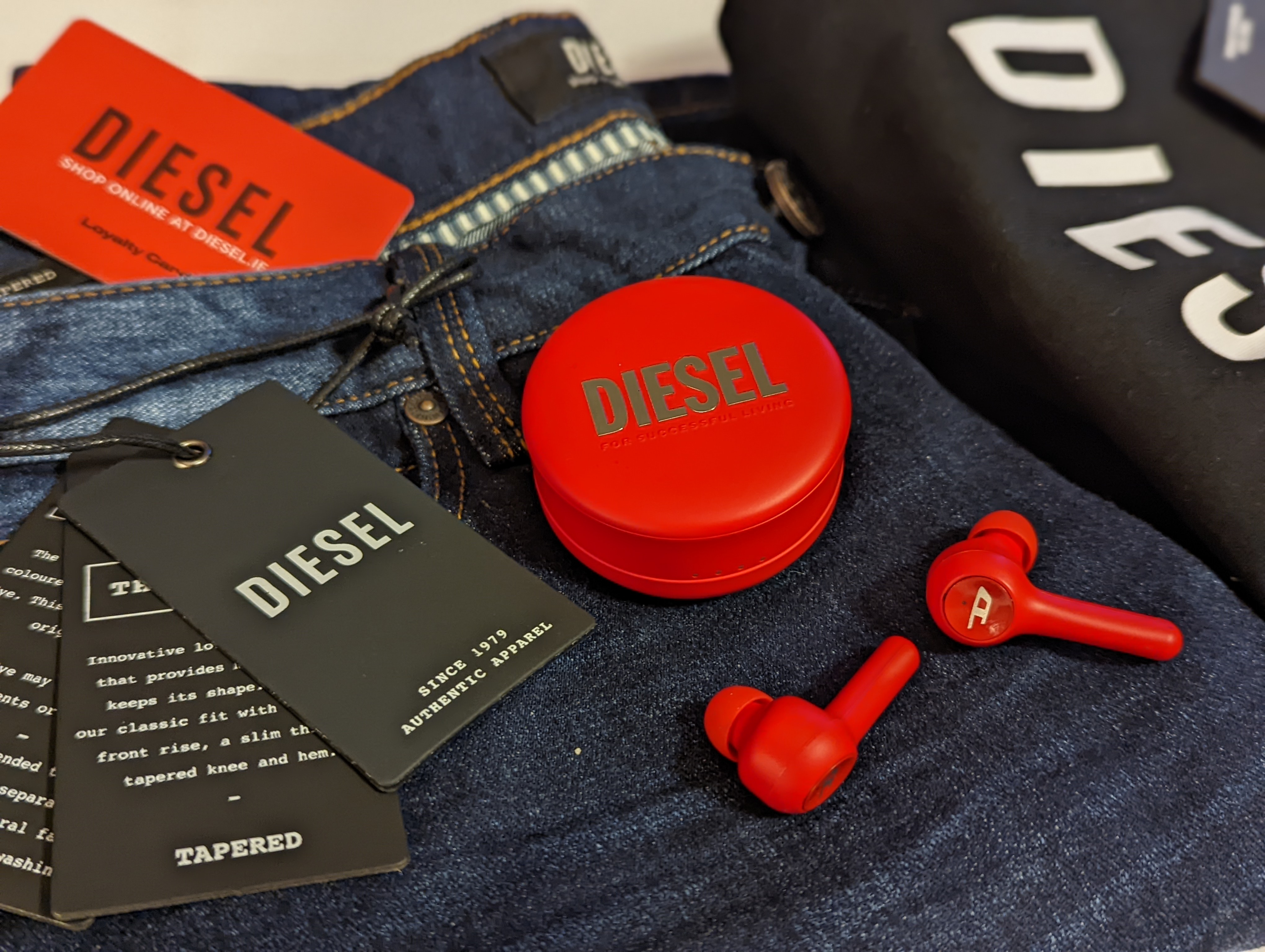 DIESEL are a brand well known for clothes and fashion they also have really cool watches and now some of those are smart, and this is a new direction for them to take in the TWS market and the thing is people have been asking me is that is this just another bandwagon job into the saturated earbuds market and how good are they.. In short they are a great which I am pleased to report for their first shot.

The case alone grabs peoples attention no matter where I had them with me out and about and that is a good start, people thought it was some kind of skincare product until I opened the case and there is a pair of earbuds, the reaction was quite good and everyone shown was impressed but then the next question was do they sound as good as they look? in short the answer is yes they are great which I was hoping being a well know brand they are actually very good..

They are your typical stem design which some might not allure to anymore, they stand out too which for me is fine we are all to custom to seeing airpods in peoples ears and for me their days are numbered you do not need to spend that kind of money on a brand that is not handing up the goods like others, OK you do not get all the same features here but I will delve into that later, these stand out and make a statement and are comfortable to wear too..

Controls are simple here and both sides do the work, we go through this in our video review although it is on the side of the box what you have to do, it is a simple affair here and there is access to your voice assistant which I did not find on the manual. The concave design of the earbuds make it simple to change tracks and so on and this is one thing I like, unlike others it is not a flat surface to tap or press.

These sound great putting is short, there is no app and so no EQ however I found there loud and punchy with nice bass highs lows and mids are fine and doing my ususal test loop they performed really well and for not having app access for EQ and so on they really did not need it in my opinion, they have done a solid job here I have to say.

Battery life is fine and on par with their claims at mid level volumes, on higher volumes like I tend to use you can expect an hour or less off the slated time.

These are great and I was hoping they would be, the looks make a statement and to have the sound to match makes them a win for the company and the consumer who need to wake up to the sheeps call an Airpods, I have said it for some time now and will keep saying it, the cost to performance ratio has come down on phones, there is no need to spend over a grand on a smartphone and the same applies to earbuds now..