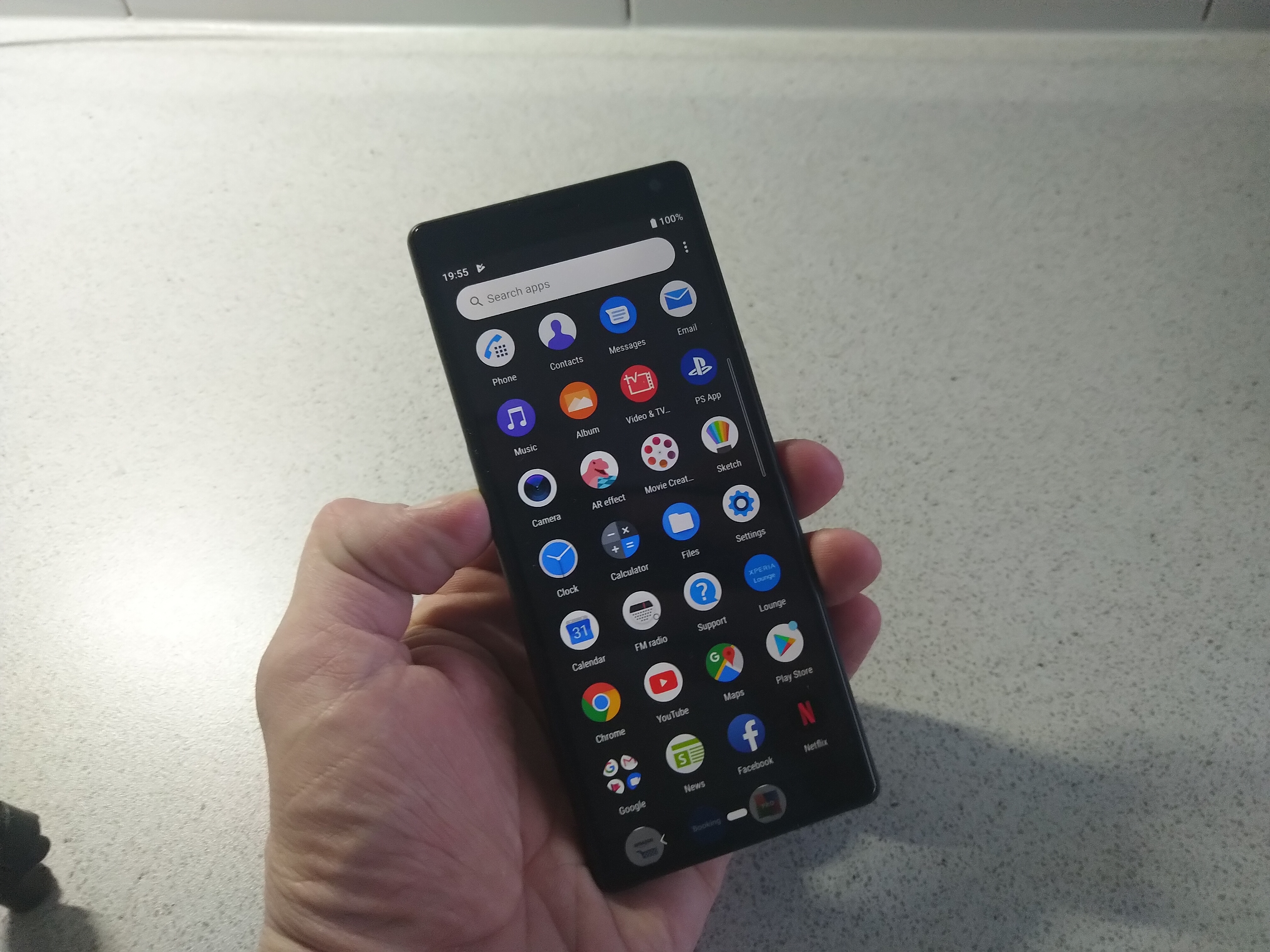 Liam Burke is a regular contributor here when it comes to Sony in Particular check out his findings on the Sony Xperia 10 and then the L3.

I was lucky to get to try out two of Sony Mobile’s latest offerings the Xperia X10 and the Xperia L3.

Sony have changed from its current design back to more of its traditional designs probably due to the return of the side-mounted fingerprint sensor. Sony have definitely embraced dual rear cameras as they are on both devices.

Sony’s new Xperia 10 is definitely something new from them it has their new “cinematic” 21:9 6’’ inch display which is aimed at multi-tasking and viewing video. It’s a long tall phone and Sony have slimmed down the bottom bezel so there is quiet a lot of that 21:9 cinema screen in the phone. Its great value for money for a mid-range device.

It’s a bit of an unusual shape to hold in the hand as its more narrower than current phones and taller but after a few days of use you do become accustomed to it.

Making a welcome return from previous Sony phones is the side-mounted fingerprint sensor which I found very ergonomic to be able to unlock the phone with my thumb also on the side of the phone is a separate power button and a volume rocker.

On top you find the headphone jack and one of two microphones, on the side is a flap which covers the nano sim tray and also a microsd tray (Supports up to 512GB).And on the bottom is the now standard USB-C connection and the mono speaker. The rear surface is a metal surface with led flash and the dual camera lens just a millimeter raised above it.

The screen is the main item that sets the Xperia 10 apart from the competition is its 6’’ Full HD+ LCD but with the ultra-widescreen aspect ratio 21:9 the ultra wide display is certainly different. Sony has commented that as more and more content is being shot in that ratio  (nearly 70% of new Netflix and Amazon Prime) so you will get the full effect of it with its 21:9 display. When viewing new content from Netflix its great not to have the any of the screen wasted also as it’s a HD+ screen I found it gave plenty of detail and videos looked sharp. Using the outside in sunlight the screen was quite readable. The screen is made with Corning Gorilla Glass 5 so it should withstand drops and scratches.

As there’s a headphone jack on the phone you can use your own wired headphones and if they have in-line controls that worked for me without any problem.Also included is an FM Radio it performed quite well but it will need headphones plugged into the phone as it uses them as the FM antenna. The Xperia 10 only has one music speaker it performed reasonably as Sony have added High-Res Audio.

In daylight conditions it took decent shots and while zooming the pictures didn’t introduce too much noise also included are modes Bokeh, Portrait Selfie which is an artistic selfie with Bokeh included with other face effects , Panorama and a Manual setting which allows you to tweak the photo settings to your personal tastes, for most of my pictures I let the Auto mode chose which were the correct settings to use.

5 x Zoom is quiet good with the dual camera setup. In indoor conditions with less light I did find the pictures were a bit grainy. Video records in 4K and while outside videos shot in daylight recorded in good quality I found indoor videos with less light to be a little grainy the coloring to be slightly off the actual colors and zooming does introduce some loss of detail. 120fps Slow Motion Video is also a nice video recording feature.

The front camera in outside light took good quality pictures while inside in dark conditions it took decent selfies as uses a screen flash.  Front video records in Full HD it also has Sony’s Steadyshot feature for videos recording so they aren’t too bumpy.

The battery capacity in the Xperia 10 is good sized 2870mAh.Some battery features are “Battery care” which learns your battery charging habits and adapts how the phone charges again this helps increase the lifespan of the battery. Smart stamina and Stamina mode are also included which you can enable to restrict some background activity and increase your battery life, and if you need it there is an Ultra Stamina Mode which enables only a few apps like phone and camera to giving you an extra long battery life.

I found the battery able to handle a day of heavy use no problem.

The Xperia 10 runs Android Pie out of the box Sony uses it own lightly skinned version of Android  the updated homescreen app is a bit of mix of iOS and android with the swipe up gesture to see your running apps.As the phones runs the Qualcomm Snapdragon 630 processor with 3GB RAM its quiet fast and overall the phone was quiet responsive. Internal memory is 64GB so you may need a memory card as installed apps (of which there isn’t too many) took up 16GB.

Also included is the Side sense feature which allows you to select a part of the screen to bring up shortcuts, I found this feature a bit of a hit-or-miss. Split Screen feature is a feature that all Google apps like YouTube, Chrome, Messaging, Phone etc allow you to split the screen in two so the top part of the screen can be one app like YouTube and the lower part can have another app open like Chrome.

Visit the Sony Xperia 10 Cinema for your chance to win a Spiderman Experience in London.

Located in the Eir store at 37 Henry Street, the Sony Xperia 10 Cinema is a fit-to-scale movie theatre experience, showcasing the latest technology in mobile innovation. A second Sony Xperia 10 Cinema will also be on display in the Three store on Grafton Street, starting 1st May. More details here:-