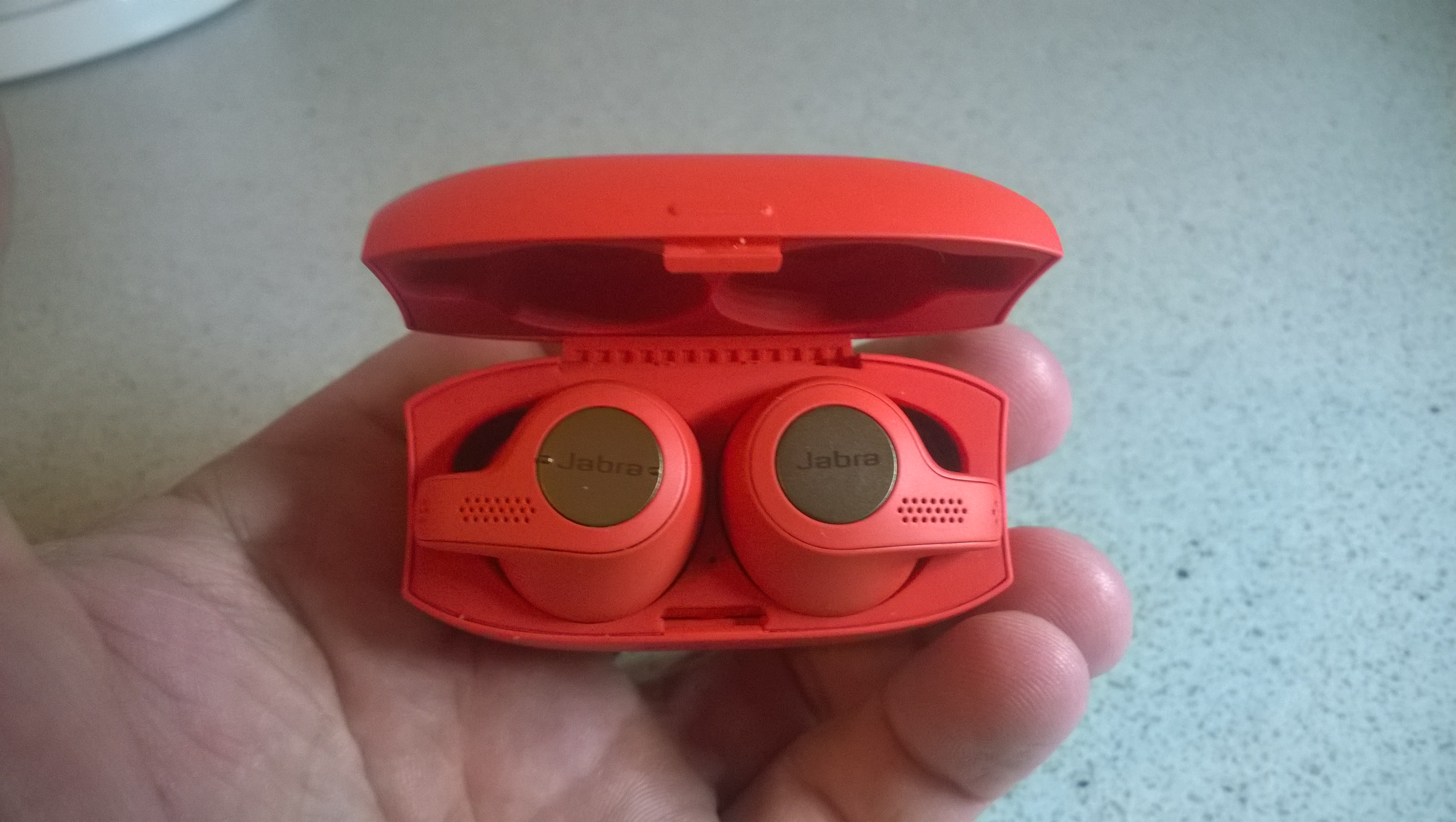 The Jabra Elite Active 65t in Copper Red are probably the best looking in-ears about and stand out  from the industry norm when it comes to colour, I own several pairs of in-ears like this and these easily stand out on the collection and on the street as people have been asking me anytime I wear them outside and this is something I like.. They stand out..

The presentation as always with Jabra is good and again something I am always liking and you can check out the unboxing video below for a detailed look at what we are dealing with here.

At first these where a little uncomfortable like the previous pair and this is after trying several buds but after a few minutes they settle and after this its all good more or less. The pairing process is same as before and we have audio giving us status however it took me two attempts to pair both sides this time around but after this there was no drop out on switching to and from these earbuds as at the minute I am testing several so that is a good thing as some report only one side being picked up but there could be several reasons for that.

On the buds we have simple controls and again on first use they might hurt at first but like I said after a while they settle and all is good. The left side controls your volume and you can also skip tracks by holding down there is two little raised humps either side of the logo and the right side is for call management and playback.

One thing I like with these is if you remove one the music stops and is quite handy and on putting the earbud back in the music continues again,handy little feature this. If you are one to take commutes you get a charging case which is also in Copper Red and again be prepared eyes looking in wonder, the charging case gives you two full charges which would be around 4-4.5 hours of non stop music. The case itself flips open on top like previous versions and its charged via micro USB and sports and LED on the rear and one in top for status.

For those who run or train they do not fall out of ears as they are tight-fitting and are good at noise isolation but there is the Jabra Sound plus app which is really great and during my test period I got an update. I have touched on this app before but it really is a must if you have these earbuds or others from Jabra that is compatible, You can also use your voice assist but something I don’t bother with to be honest..

If you want to enjoy music it is better via this app with an array of features including Hear Through and caller ID and so on. The call experience was fine here but it’s the music that people want to know about. I feel most audiophiles would be happy overall with the performance if not too picky and for me all music attributes were reproduced well and great clarity too and this is down to the app and the app is FREE. If you like bass it is there and probably a favourite aspect many people are interested in.

These earbuds are IP56 rated so they can take a rain shower and sweat which is important for some and for a place like Ireland where the weather is never good they should last some time but it is advisable to take care of them regardless which is something I do with all my headphones and earphones just don’t take things for granted.

Overall I think these are a worthy purchase especially in this colourway if you want something different and that stands out. Some might say at the higher end of the scale when it comes to pricing but what you get is a good solid product that is ideal for those on the go and who workout or jog, Jabra are a long time in this business and deliver on all aspects.