The S-Charge – A must-have battery case for the popular Nintendo Switch. #Nintendo #Gaming 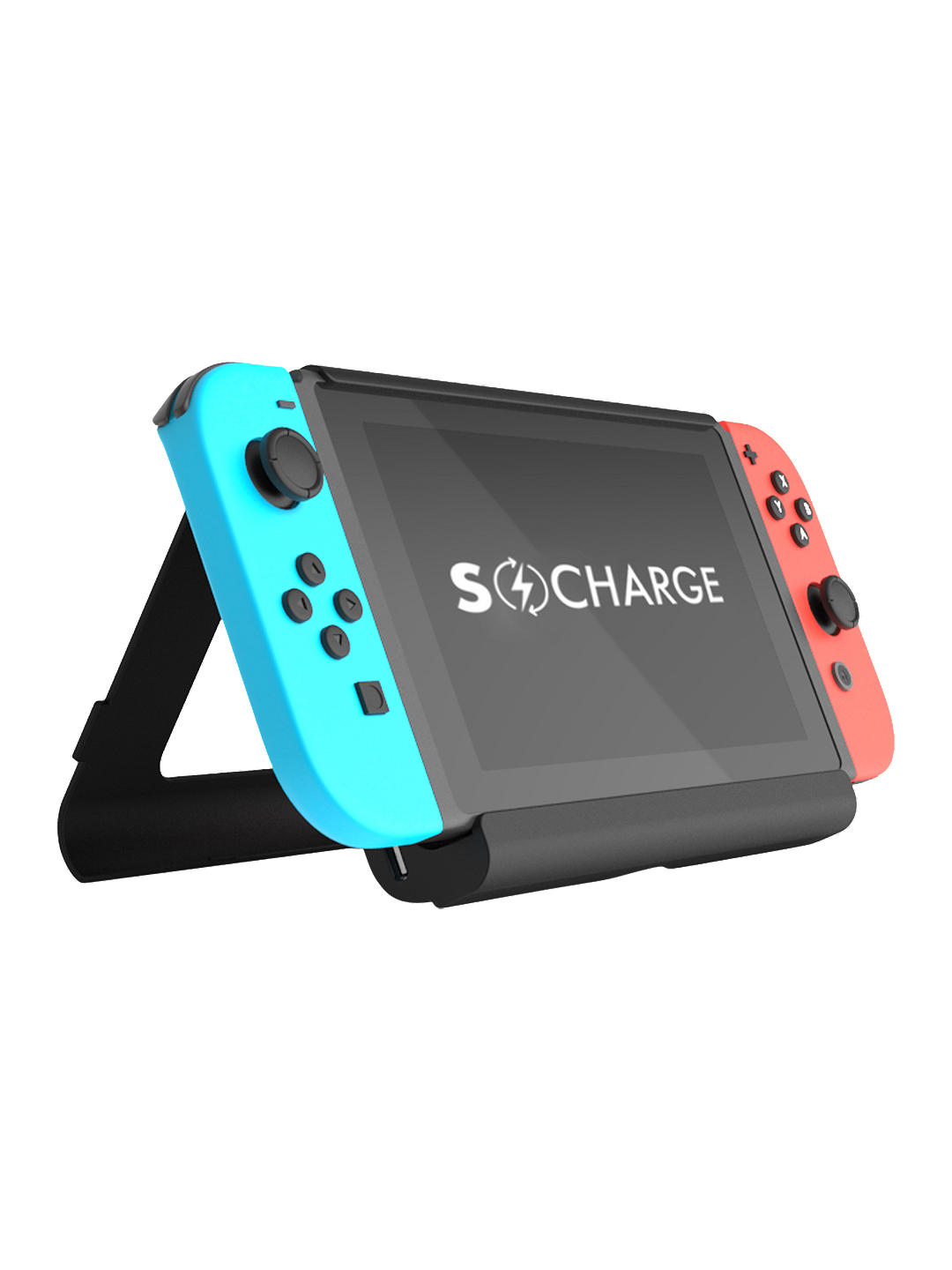 The S-Charge has been devised based on user feedback, allowing them to never worry about losing charge and maintain the optimum gaming experience for up to 12 hours.Perfect as a last-minute stocking filler or the latest addition to any avid gamer’s arsenal

The ultimate accessory for non-stop gaming fun on the Nintendo Switch has arrived – S-Charge. Incorporating a high capacity battery, improved kickstand and two game card slots, the S-Charge is an extension to your existing device that easily clasps around it.

The creators of the S-Charge, InDemand Design, launched the product on crowdfunding platform, Indiegogo, achieving its fundraising goal in 48 hours of going live. The campaign was supported by over 4,000 backers making it the best-selling crowdfunded Nintendo Switch accessory. With more than 5,000 units sold across 60 countries, the S-Charge has gone from strength to strength with the aim of being a must-have for all gamers.

Aiming to limit the number of accessories when on the move, the S-Charge is portable, slim-line and lightweight and can not only charge the Nintendo but also other devices. The 10,000mAh battery offers up to 12 hours of additional power which means that users can stay entertained when travelling, commuting or having a long gaming session at home – even when playing the most power hungry games. Here is how the Switch performs when playing the most popular games:

The S-Charge also has an improved kickstand which offers greater stability and can be used in multiple angles to change the way you play. As the charging port has been moved to the right-hand side of the case, the S-Charge is one of the only ways to charge while playing in table top mode.

No need for extra carrying cases, the S-Charge not only protects the Nintendo Switch™ but also has slots for 2 extra game cards to bring along with you on the go. The S-Charge has been built to combat the problems of overheating and potential warping of the device. A bundle version is available with two free screen protectors and a hardshell carry case at an RRP of £64.99 from Amazon, John Lewis and Currys.