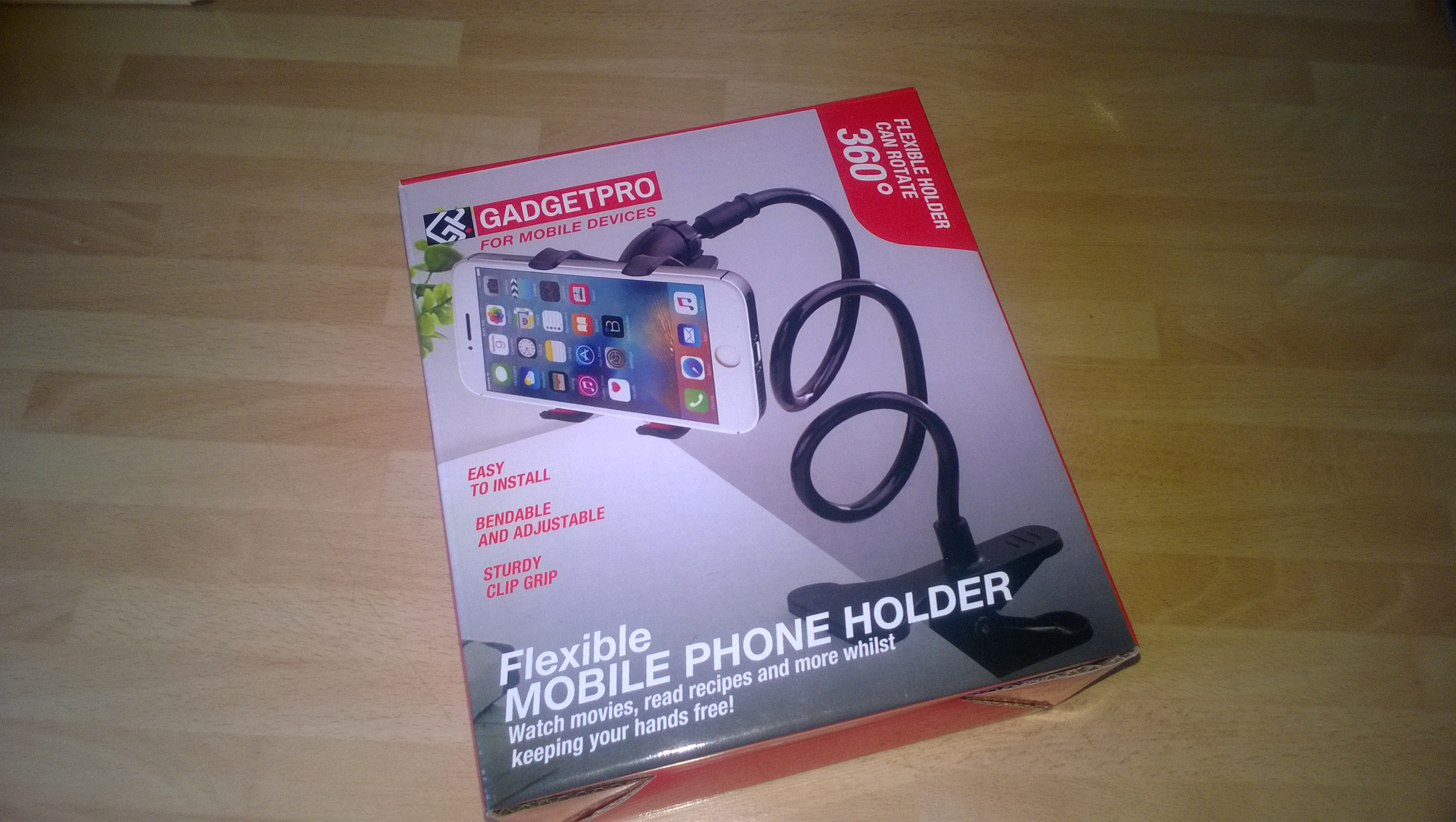 It is the simple things in life that we seem to ignore but they have been looking at us in the face a long long time.

I got quite a few tech gifts for Christmas which is nothing new but this year I bought a few bits I will emphasise on some more due to the fact I said I can live without them but thought maybe they would be useful rather than MEH, and one of them is the gadgetpro phone holder which turns out to be useful,this is primarily ideal depending on ones personal setup and certainly for the bedroom on your locker, it keeps yout hands free..

Example being I like to watch some You tube when I go to bed for a while but I constantly have my phone in the had which is a pain in the backside to be honest but this just eliminates it. You could also use it for cooking,reading the news or social and perhaps food menus and clip it on to your counter just some example of to its many uses.

This can also clip on to your table or laptop itself if you have big bezels and not to interfeer to much with screen. It really is simple and easy to use with two parts in the box. You get the cable that is adjustable to move in any way possible and the clip to hold your device which holds nearly any smartphone out there but its also solid but it does get a bit less robust in its power and is a bit springy on touch depending on how straight the cable is so its best to keep it more coiled for a stable environment.

Overall thoughts, its a nice simple idea that is cost effective and useful and for sure it will make things a bit easier for me at home and keep my hands off my phone for a bit longer as its always attached to me in some form so its a good thing in general. The good feature is that the grips both on the phone holder and mount itself are padded well which will not damage the surfaces its connected too and its a snap in ball joint for the phone holder which also can be adjusted to your personal needs.. For three EURO you cant fucking complain.

If you got some new tech tell us what you think about it.