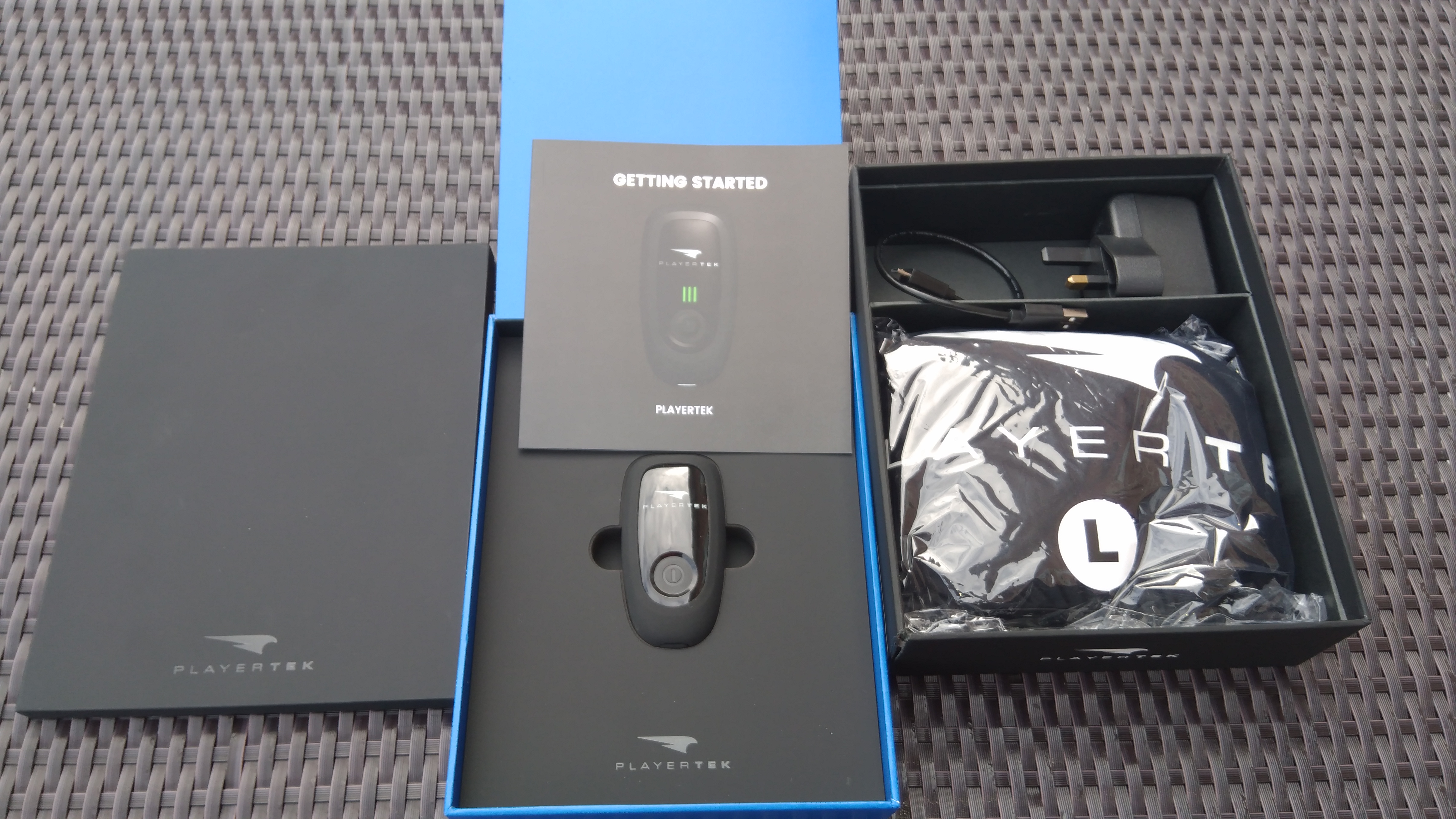 Darryl Henderson reviews the PLAYERTEK. The package of the Playertek GPS is very small and slick looking. It’s a really good look for this device. It fits all the equipment in perfectly and even has a special part for the GPS pod itself which I found was a nice touch.

I found the PlayerTek GPS very useful for tracking my results while playing football, I used it for two training sessions one short shape session which didn’t involve much running or high intense sprinting and another session which was pretty much a very tough end of week session. The GPS pod tracks loads of cool figures like your speed, distance covered and even displays a heat map on the football pitch which you were playing on. I feel that this device suits my game better for training rather than games as it pushes me harder on the training ground and challenges me to do better than previous training.

I found the app for Playtek very good and it tracked some very interesting parts of my game like speed and even showed a heat map which are displayed excellently on the app. The app itself has lots of different settings which I found useful as I changed the speed into Mph. I found the app fairly easy to use and didn’t struggle trying to figure out how to use it.

The only downfall I have towards the whole package was that it lacked any real instructions which made it hard for me to understand what I was doing when I first used it. I will share more in the coming weeks but out now due to injury but so far i like what I see and can recommend this for anyone who wants real stats that help in many ways and can push you to better yourself.