Where does the consumer stand with #tech pop up stores. #VR #VirtualReality 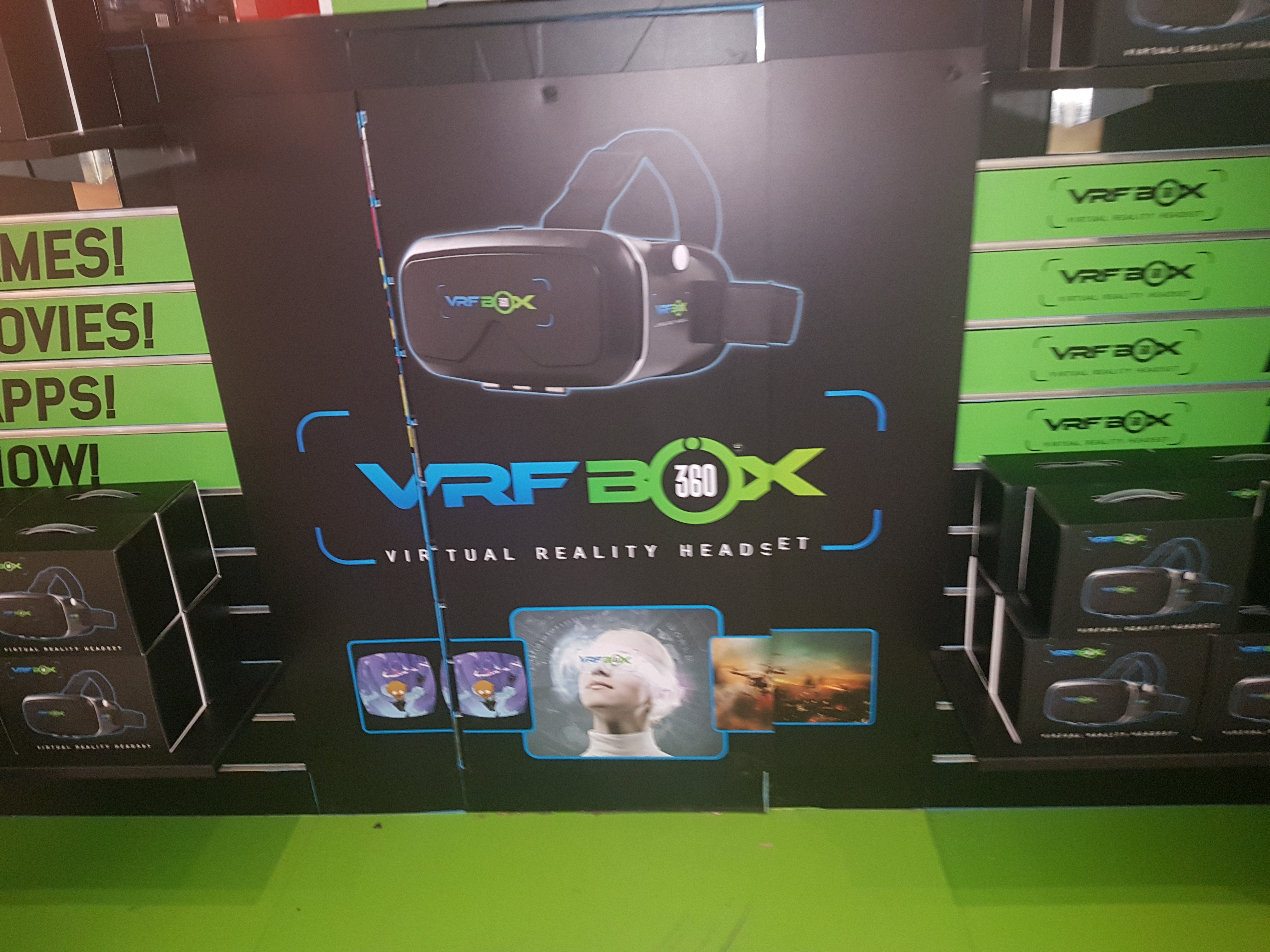 Pop up stores have been a thing for a long time and every festive season and perhaps throughout the year we see them crop up in shopping centres around the country which is fine and they create jobs and people spend. But what happens should something arise after you purchase an item from such a store with nothing on display whatsoever only one notice hidden behind the till…

We found such a pop up at my local retail park selling Virtual Reality Headsets. Marked at €89 which is complete bull.. This headset in particular should cost you no more than €20 Then they tell you they are throwing in a free bluetooth controller worth €25 again daylight robbery..

Pure example of a pop up rip off shop in Liffey Valley. These headsets cost €10-20 max. #VR #VirtualReality pic.twitter.com/stNMaygs7a

So what they are saying in effect you are getting the headset and controller for €39 which leaves the consumer fleeced no matter what way you look at it I have tried and tested some 20-30 headsets and do have enough to knowledge to call it a complete rip-off..

Having watched people buy them no one asked a thing about it just picked it up and left so for them I have no pity.

First off the Bluetooth controller on Amazon costs 6.99

Secondly the headset itself can be found again on Amazon for around €10-€25 there is plenty of them as its a generic headset,there is several of these types about which we will be discussing at a later date.

FREE GAMES/APPS/MOVIES yeah they are all free from their respective Android and iOS stores none are theirs nor do they own any of them.. They have no app to accompany their headsets like some manufacturers do..

There is no actual company name anywhere to be seen actually all you see is whats above in the photo. All we see is VRFBOX..

Having spoken to the staff at the kiosk they tell me that Creative Retail Solutions run the show yet on the receipt which is as vague as you can get says  GADGET BOX. Also on the receipt you have just purchased a GADGET. Time and date and rather useless information in general which leaves me asking more questions, What happens if something goes wrong,which in my case the headset broke just inserting my phone..To be fair this could happen to anyone, Regardless the viewing quality was quite poor…

The staff told me that they are here until the 31.12.16 first of all so then I asked about their returns policy which is more hidden than on display. They are now reduced to 20 euro I must note before I go on.. The staff told me I could go to reception and ask for Creative Retail Solutions and they will sort it out.. This is simply not good enough in my book because say something goes wrong and these have packed their bags and you have a receipt thats worth jack shit in your hand. Again asking about refunds or exchanges well the same scripted response, its the policy. These are on sale in Mahon Point in Cork, Whitewater in Newbridge and Liffey Valley Lucan. So beware… Perhaps a bit late this time around but for future pop ups take stock in the future and not just tech either. Also keep in mind this company has been in trouble before for similar..

2 thoughts on “Where does the consumer stand with #tech pop up stores. #VR #VirtualReality”