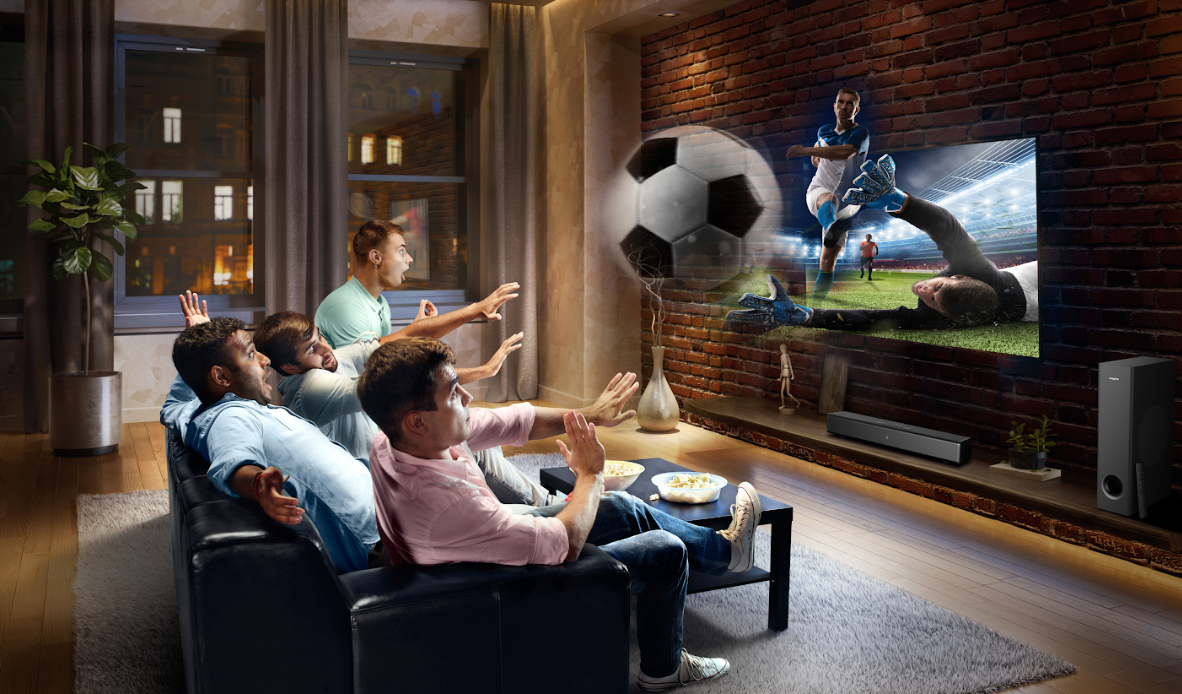 Major sporting events, like the upcoming football World Cup, always serve up enthralling spectacles, and most fans get their fix from their TVs at home. But watching alone is not enough, as audio is just as important (if not more important) for a complete experience. No matter the size or clarity, the onboard audio of TVs do not quite do sporting events full justice. This is where soundbars – space-saving, instant audio upgrade – come in handy. Creative Technology has a comprehensive line-up that caters to various needs across the budget range, but with a key common goal – to bring fans closer to the action.

Creative’s soundbars are choice options in recreating a stadium-level ambience for fans at home.

Creative’s current flagship soundbar is the world’s first DASS soundbar jointly developed with Dolby Laboratories. With a room-shaking soundstage of realistic height and spatial elements emanating from a compact form factor, it heralds a new soundbar dimension that transforms the living room into a front-row seat in a full stadium for the ultimate level of immersion. With Super X-Fi Headphone Holography, users get to enjoy the same cinematic soundstage on headphones – perfect for late-night football match marathons.

Tagged with an entry-level price, but which is immensely belied by the Dolby Atmos sound signature, Creative Stage 360 delivers precise positional audio and real-life atmospheric simulation, making users feel part of the on-field action. It also features near-field and far-field listening modes so that users enjoy the immersion whether they’re at the desktop or living room.

2.1 Soundbar and Subwoofer with Clear Dialog and Surround by Sound Blaster

Creative’s most affordable living room soundbar delivers price-defying sound quality through custom-tuned mid-range drivers, and deep thumping bass from the accompanying long-throw subwoofer – so that the matches on TV can come to life more.

The Stage Air V2 is the right size and form as an under-monitor soundbar to stream matches from a decluttered desktop. Also, thanks to Bluetooth 5.3, and up to 6 hours of battery life, it excels as an audio enhancement when fans used outdoors to stream the matches from laptops, tablets or even mobile phones.

Hailed by many as the definitive gaming soundbar, Sound Blaster Katana V2 is powered by the award-winning Xamp tri-amplified technology to deliver rich and flawless audio dynamics. But besides being the perfect solution to bring football video games to life, it is also a competent game-changer for live match enjoyment in the living room, with a sleek form factor and design to match any set-up. The Katana V2X, with a smaller footprint, is ideal for smaller gaming rights or living rooms.