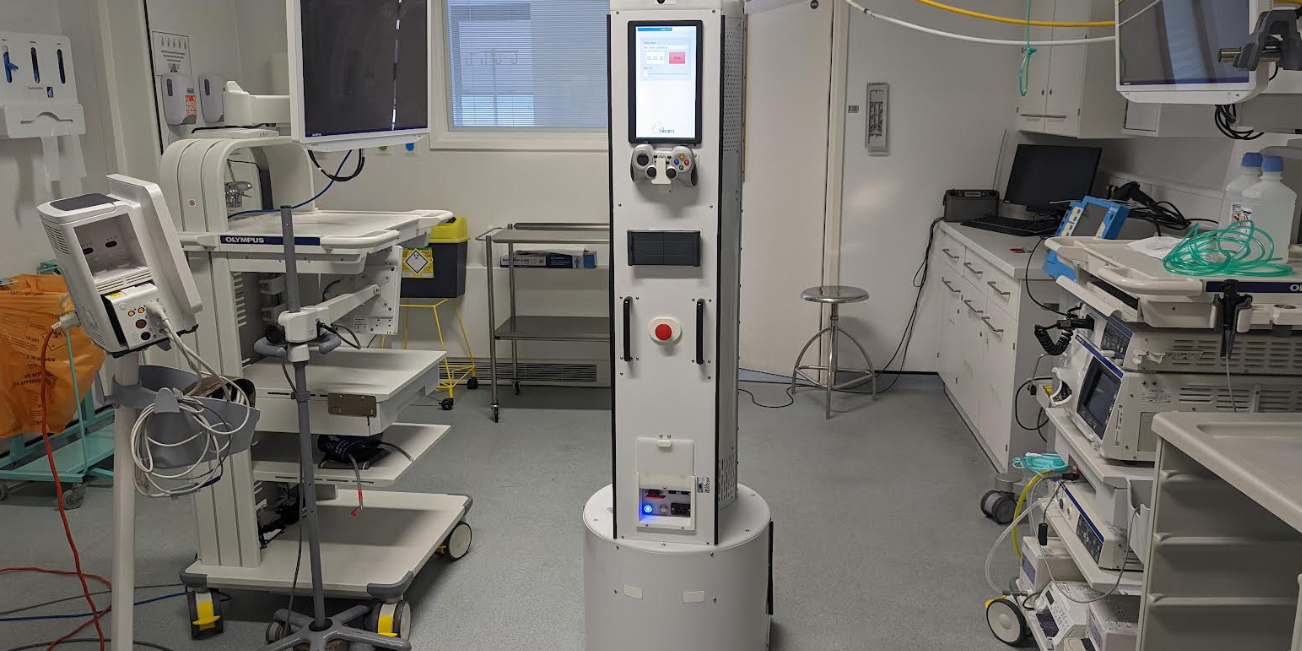 An Irish robot that decontaminates air is being trialled in a major NHS hospital in Cornwall, UK – with early results suggesting it could reduce room downtime in critical parts of the hospital by more than 60%.

The robot, made by Akara who are based at The Digital Hub, has been on the ground at the Royal Cornwall Hospitals NHS Foundation Trust (RCHT) since June 2022 where it has been used in parts of the hospital where the air has a higher chance of contamination.

The idea was born out of COVID-19 pressures, where thorough cleaning of air was paramount to avoid infection spread. The robot is designed to eliminate COVID-19 as well as other viruses, including flu.

Dr Conor McGinn, co-founder and CEO of Akara explained the project’s potential: “We need technology to disinfect the air because it’s simply not a job that people can do. While ventilation helps, the cost and time needed to upgrade rooms to the levels needed is rarely practical. Our disinfection robots are mobile, allowing them to be rapidly deployed in minutes to the regions that need it most while their sensors and AI enable them to dynamically respond to the environment in ways that aren’t possible with static purification units.”

Already being utilised by staff, the robot is being trialled in the endoscopy department and is showing promising results in its ability to disinfect the air. Following certain medical Following certain medical examinations where aerosol generating procedures are performed, rooms needed to be left vacant for periods of more than 25 minutes in order to allow the air in the room to be replenished by clean air from the ventilation system. With the Akara robot, the process of air replenishment can be greatly accelerated, cutting the downtime to just 10 minutes. These findings will be presented at the Infection Prevention Society (IPS) Conference in Bournemouth on Oct. 17-19.

Joanne Taylor, Consultant Nurse and Deputy Director of Infection Prevention and Control at RCHT, commented: “The robot has definitely improved things for patients as the reduced downtime means we can get more patients seen in a day, while maintaining the highest standards in environmental cleanliness. Based on time savings made during the trial period, we estimate that its use could enable as many as 2,400 additional procedures a year which would have a very significant effect on reducing the waiting lists.”

Lynsey Farrell, Endoscopy Unit Lead at RCHT, said: “The robot has had a really positive impact on the department. Staff are concerned about the increased risk of COVID-19 for patients due to aerosol-generating procedures, and also for themselves, so they’re very keen to work with new technologies offering the potential to make the environment safer for everyone.”

The trial has been carried out in collaboration with the University of Plymouth and DIH Hero, a European innovation hub with a goal to accelerate innovation in robotics for healthcare European Union’s Horizon 2020 research and innovation programme under grant agreement No 825003.