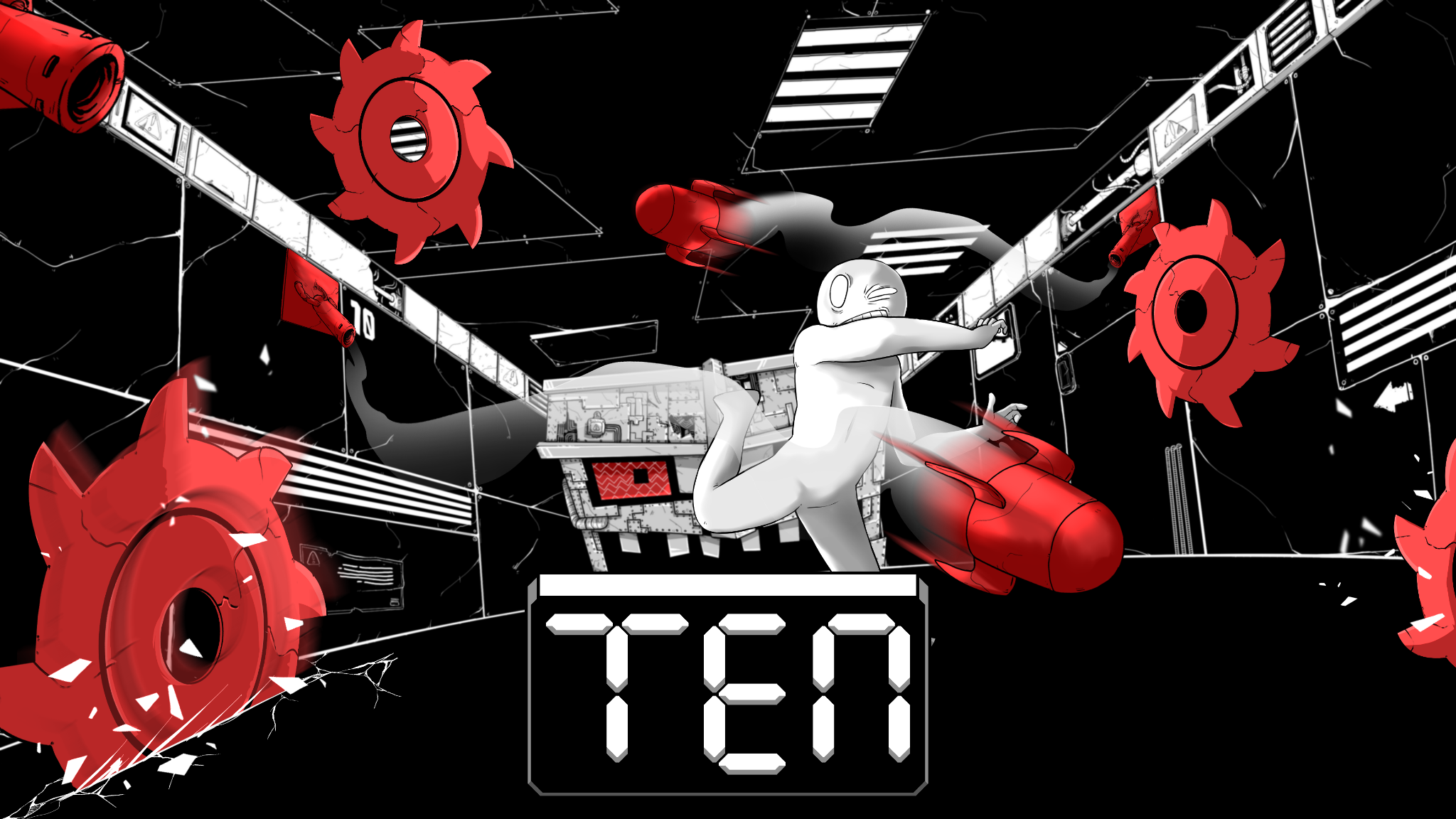 Are you looking for an addictive, satisfying and challenging game that you can pick up and play any time? Whether you’ve got a few minutes to spare or you’re in it for the long haul, TEN – Ten Rooms, Ten Seconds is the game for you.

Simply addictive – Don’t Judge a book by its cover

You have TEN seconds to live, or die.

TEN – Ten Rooms, Ten Seconds is a simple yet challenging single player game that takes place across ten floors of an underground facility. Each floor contains ten rooms, and each room seals the player in for ten seconds while various traps try to kill them. But there’s hope – the player can collect ‘tokens’ which can be spent in safe rooms at the start of each floor to unlock upgrades and abilities to help them survive.

The game’s focus is on a “learn from failure approach”. Each room is technically a puzzle, and as players learn from their mistakes, they’ll discover their own solution, overcome each floor’s gauntlet and make it to the next level. Although simple on the surface, it’s reminiscent of similar challenging games of its kind like Super Meat Boy, and also takes influence from more modern games such as those in the “souls like” genre.

For trophy hunters or casual players, there’s an easy/casual mode that allows for optional invincibility so you can simply enjoy the story (which really starts to take off around the midway point).

For players who really want a challenge, there’s an optional ‘Hell Mode’ which offers up more threats in each room.