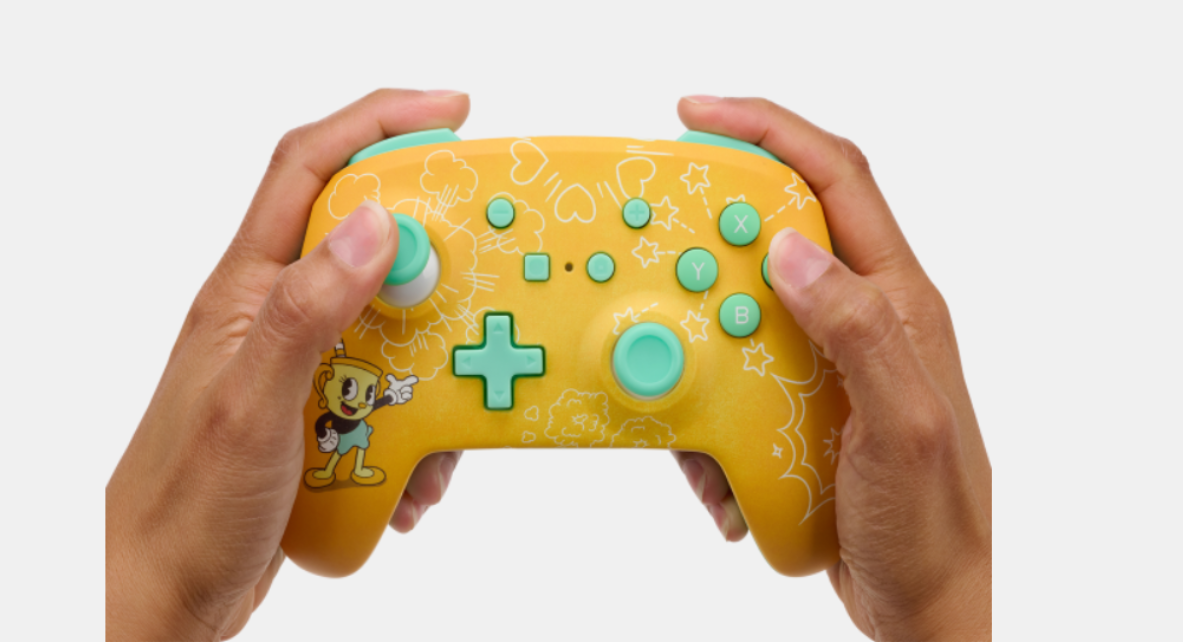 PowerA, global leaders in video gaming accessories, is delighted to announce its new Ms. Chalice controller design in commemoration of Cuphead’s upcoming DLC – The Delicious Last Course. The new controllers, that showcase the ever-charming and adorable tritagonist Ms. Chalice in all her colourful glory, are available now for PowerA’s Enhanced Wired Controller for Xbox Series X|S and the Enhanced Wireless Controller for Nintendo Switch.

The new Cuphead design radiates all the animated, eccentric energy of the franchise. Its bright yellow hues are complemented by mint green accents, making for an extravagant and vibrant colour combo. The front faceplate is polished off with detailed, cartoon artwork from the game starring Ms. Chalice who rightfully takes pride of place. Cuphead may be ruthless, but with the new Ms. Chalice design, at least you’ll suffer defeat in style.

Whether you are most at home on Nintendo Switch or Xbox Series X|S, PowerA’s new Ms. Chalice design is the perfect way to prepare for Cuphead’s banquet of DLC content set to release on June 30th 2022.