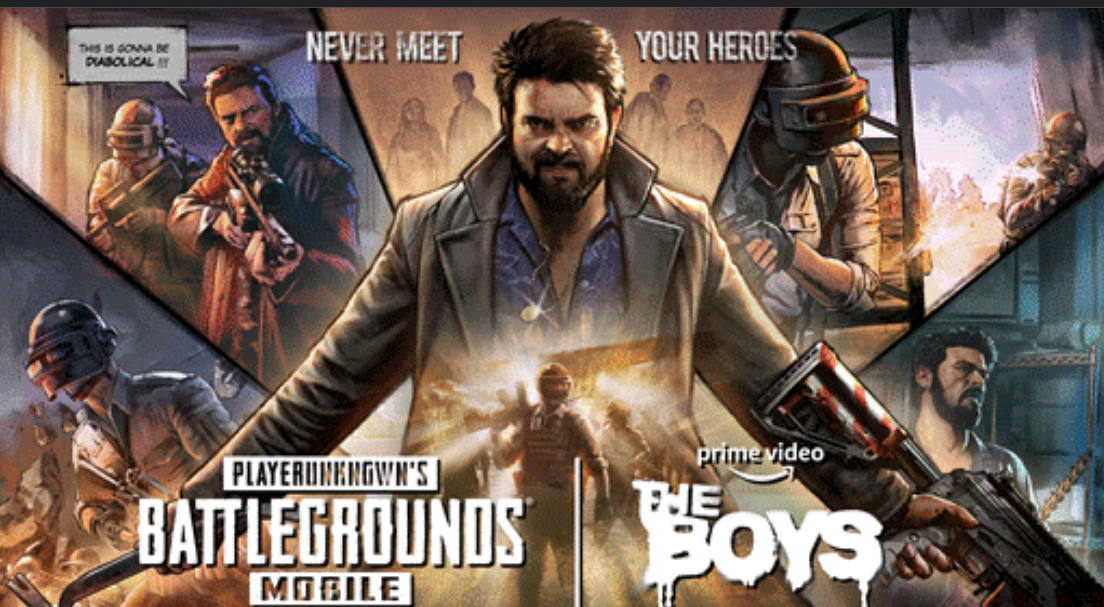 PUBG MOBILE, one of the world’s most popular mobile video games, has announced a collaboration with Prime Video, Sony Pictures Consumer Products and Sony Pictures Studios to bring players exclusive content from the Emmy-nominated subversive superhero series, The Boys.

In conjunction with The Boys season 3 premiere, streaming June 3rd on Prime Video, players will be able to grab a number of exclusive collaboration items, including the iconic super suits of Homelander, Starlight and Soldier Boy, as well as weapon skins, backpacks, a unique Supes parachute and much more.

Beginning on June 8th, players will be able to participate in a “Supe Spree” event, where they join The Boys infamous antihero, Billy Butcher, to build their own investigation squad and search for evidence of superhero wrongdoings. In the game, a horrifying series of unsolvable murders suddenly grips NYC. The mutilated bodies of Wall Street brokers and their clients begin to appear across the city. The police have no clues and city officials are demanding answers. In order to complete each challenge, players must work with characters from The Boys or their in-game friends to expose the truth. Players will collect evidence, unlock stories and ultimately reveal the superhero behind these heinous attacks to earn Billy Butcher’s Duds. The integration will also feature a series of weekly challenges, providing players with more opportunities to earn additional perks and rewards for a limited-time.

“The Boys is a groundbreaking TV series that has forever changed the entertainment industry with its irreverent take on superheroes,” said Anthony Crouts, Senior Director of Marketing for PUBG MOBILE. “We always strive to deliver fresh new content to our players and this collaboration gives us the amazing opportunity to integrate real-time elements of The Boys’ new season directly into PUBG MOBILE.”

PUBG MOBILE and The Boys collaboration content will be available from June 3rd to July 3rd to most players located in North America, South America and Europe. ​​Download PUBG MOBILE for free on the App Store and Google Play Store.

See the new trailer below.