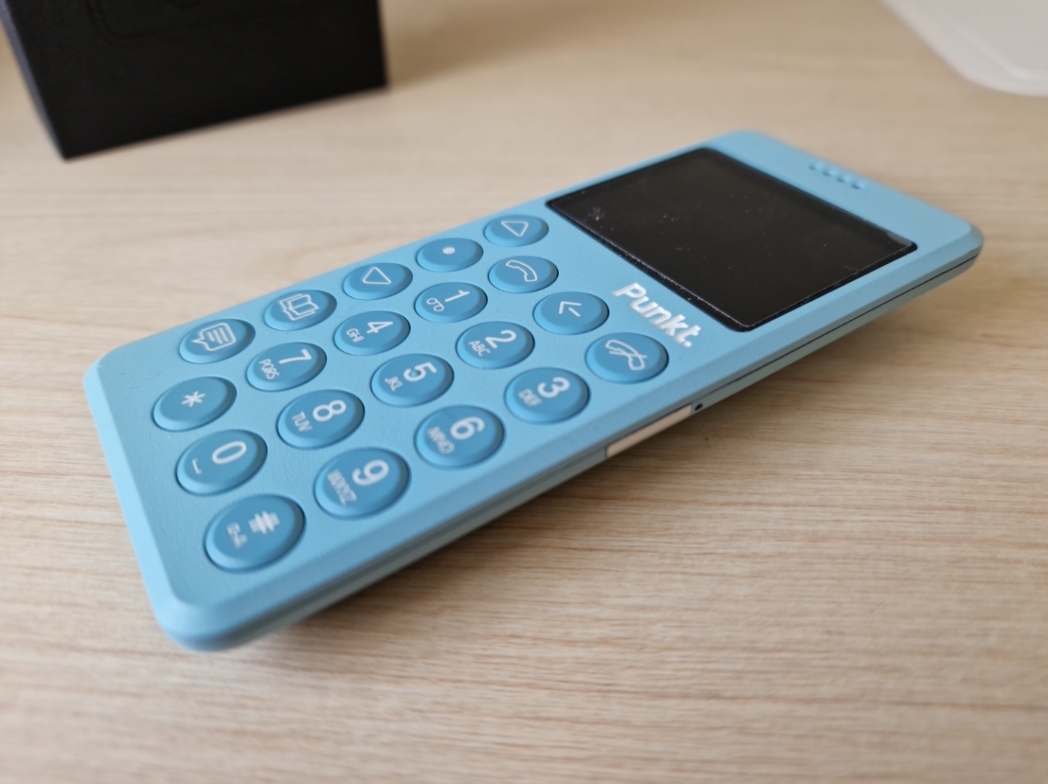 The Punkt MP02 phone has been in my pocket the last while, whilst not using it constantly I have used it in the evenings and weekends to get away from all the fuss, this meant I had to schedule lots of stuff and come to my laptop once a day to catch up on emails and all that kind of stuff this phone is meant to take me away from. From someone who carries two expensive high end devices most of the time it was a break I would go back to again having this device, my business phone was turned off at 5pm every day and I swapped out my sim into this device in the evenings and weekends and it was great.

Why I say it is great you might ask, NO social media NO emails and more no pinging noises and whatsmore better for your mental health too. The right to switch off is another matter that we have recently posted on site about and this phone does that, if someone wants you they can text or phone you like we all did in the old days or again just turn the phone off.. The phone runs with Pidgeon and the MP02 is the first voice phone to offer a downloadable privacy feature that uses the Signal protocol to provide free, encrypted Internet-based calls and texts worldwide via Wi Fi or mobile data (subject to data charges). We believe Signal provides vastly greater security compared to the widely-used encrypted alternatives, which exist primarily as tools for harvesting and selling valuable metadata (contacts lists, who communicated with whom, when it happened, etc.). In the Signal system, all metadata is encrypted. By using the Signal-protocol, it is possible to add group messaging and voice messages to the MP02.

The phone itself caused a still anytime I was out having lunch etc people came up and asked what it was, it does stand out in the nice colour we got the device in and does not have that candybar finish but an angled approach on the rear, it does stand out and it does feel good in the hand and comfortable to use too given the size of the device in comparison to the normal phones I have on me which are big.

What does this device do was another question asked and how much does it cost, well the price first of all threw everyone away but that was expected but when the few sat down I explained the pros and cons and it is a niche market for now this device is for but I can see this growing over the next few years as people are sick and tired of the hustle and bustle of a smartphone where everything is at your fingertips and you are easily contactable.

OK so you have a 4g sim card slot but no apps no music no app store and has storage you can’t access but you can take calls and messages and use the device as a hotspot so if your mate runs out of credit for example that cant go without you are there to the rescue but it is a slow connection, so people then said well I can buy a cheap nokia that does the same thing which is right but the cheap and cheerful 20 euro phones are piles of trash and one drop on the ground they are done, this phone is solid and the same thing will not happen.

The device has a nice keypad on front and it is also backlight so it is fine for using in the dark, you have two quick launch buttons for messaging and your phone book and the rest you can see in the video review below, there is more than meets the eye here with secure messaging and calls for those who might be worried they do not get their WhatsApp experience however you can use SIGNAL if you wish, I did not avail of it as the phone as is was enough for me and one less way someone could contact me. Which for me is the point of having the device.

You have a two inch monochrome screen which works fine no matter where you look at it and it is all kept so simple, and that is what is great with this, no apps, no massive endless sub menu lists, no long list of settings no hassle and for all that to keep your mental health in order and get away from the real world for a while it is worth it. See the video review for more below.

The MP02 offers an alternative to mass-produced, old-tech handsets. It’s not just a thin-as-possible pixel platform; it’s a solid, comfortable piece of equipment that is easy to pick up, feels great in the hand, and is never, ever going to bend. Its sleek elegance is matched by top-quality materials, producing a phone that provides a concrete reminder of why the physical world is the world that matters even before it is switched on.