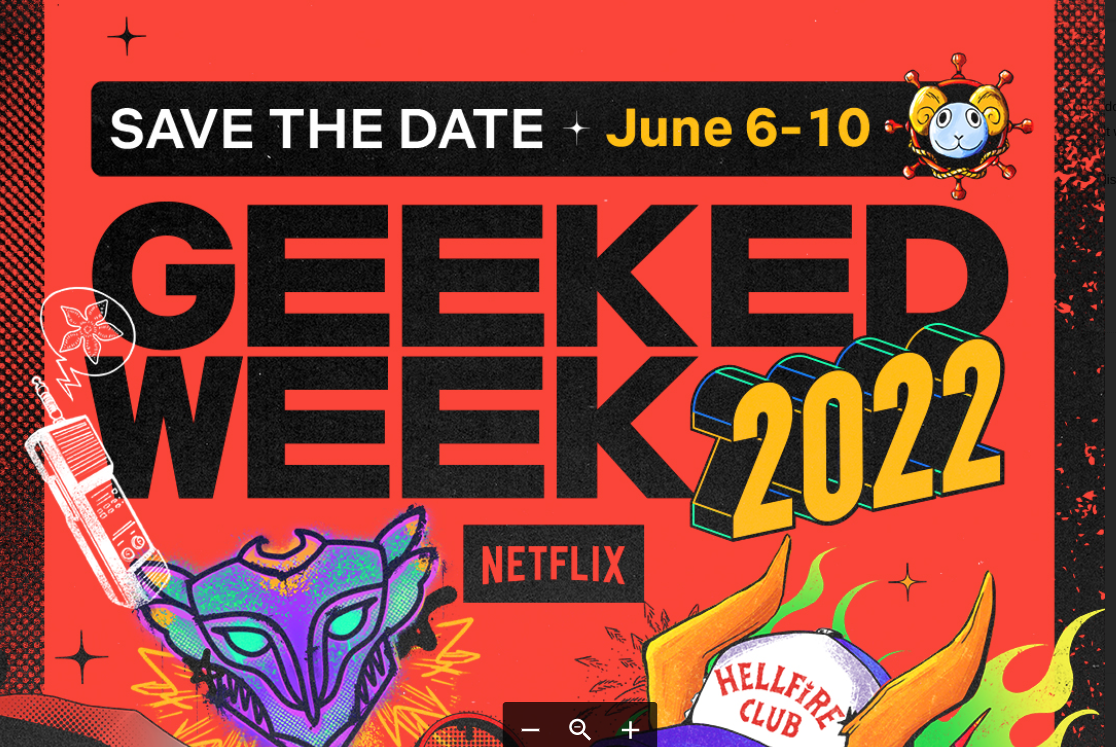 Netflix Geeked, Netflix’s home for all things genre entertainment, is back with Geeked Week ‘22….and it’s bigger than ever! The five-day virtual fan event celebrating Netflix’s genre series, films, and games returns on Monday, June 6 – Friday, June 10 with tons of your favourites.

Netflix has released a first look at what to expect in our brand new trailer narrated by the one and only David Harbour from Stranger Things. In addition to a trip to the Upside Down, Netflix geeks can expect the latest on The Sandman, The Umbrella Academy, Manifest, The Gray Man, Alice in Borderland,Day Shift, Resident Evil, The Sea Beast and for the first time ever we’ll be sharing exclusive Netflix games. THERE IS SO MUCH TO GET GEEKED ABOUT!

Each day will be jam-packed with cast reveals, talent appearances, trailer premieres, sneak peeks, surprise announcements and so much more covering over 60 Netflix projects.

Every day of Geeked Week will be dedicated to different themes:

And that’s not all.  Netflix has an exciting line-up of Geeked Week hosts to help break down all the news coming your way. Hosts include: Jacob Bertrand, Megan Cruz aka JStoobs, Jaeden Martell, Reece Feldman aka guywithamoviecamera, Juju Green aka Straw_Hat_Goofy, Ella Purnell, Tiffany Smith, Felicia Day, B Dave Walters, Geoff Keighley and Mari Takahashi.