Anime and Mythology Collide in Dislyte, Now Available on iOS and Android

From the heralded creators of AFK Arena and Rise of Kingdoms: Lost Crusade, Lilith Games announces today the stylish urban mythological RPG Dislyte is now available on iOS and Android devices. A mix of modern and mythos, Dislyte invites players to fight against the forces of evil with a team of five characters known as “Espers,” each of whom has been granted special abilities based on mythological deities from cultures around the world.
Based on Greek, Chinese, Norse, and Egyptian deities, Dislyte’s roster showcases a highly varied array of skills and absolutely fire character designs. Set in 2027, the gritty, futuristic urban environment sets the stage for some truly sick and stylish tune-infused battles. Enhanced by an intense electro-pop soundtrack, recruit a team of five beautifully 3D rendered heroes and clash against the forces of darkness in exciting turn-based RPG battles. Will good triumph over evil, or is the world doomed to plunge into everlasting darkness?

If PVP’s more your style, Dislyte features a mode titled Point War, an arena where players are randomly matched up with other Espers, allowing them to duke it out and level up their skills in the process. Dislyte also includes a gacha aspect; using earned gems, players can try their luck summoning Rare, Epic, or Legendary Espers via the Silver, Gold, or Platinum record players. Keeping to the company’s AFK roots, there is also an option to automate battles, allowing players to minimize the screens and do other things on their mobile devices during combat sequences. 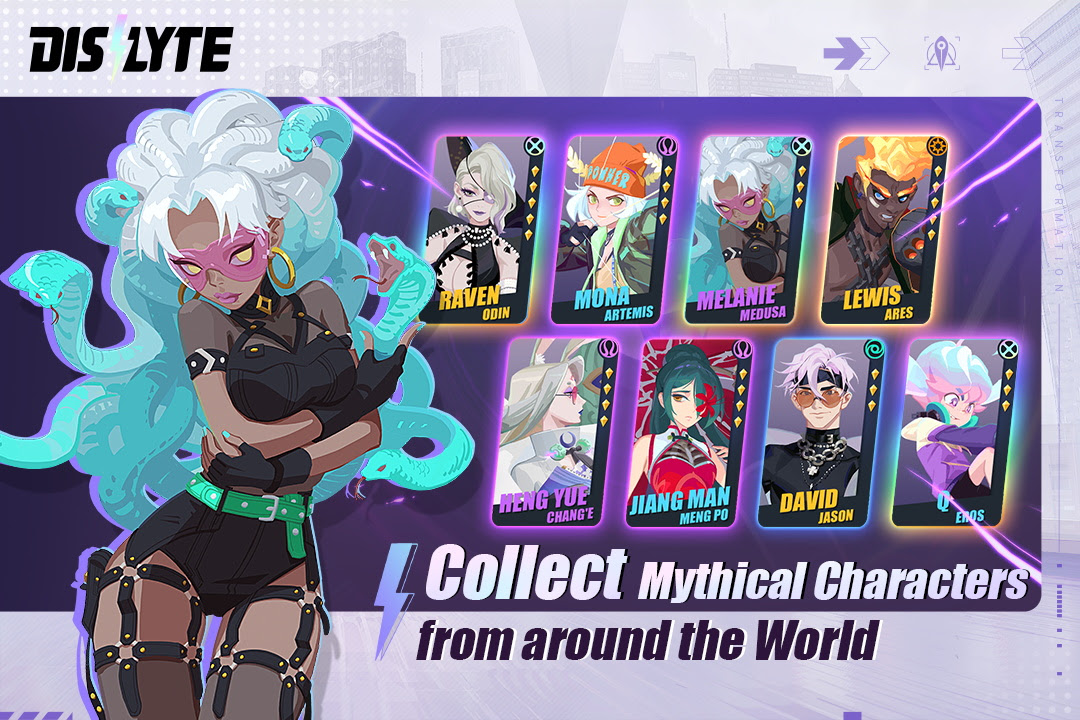 Watch the all-new launch Dislyte launch trailer:
Key Features of Dislyte include:
Dislyte is available now on the App Store and Google Play: