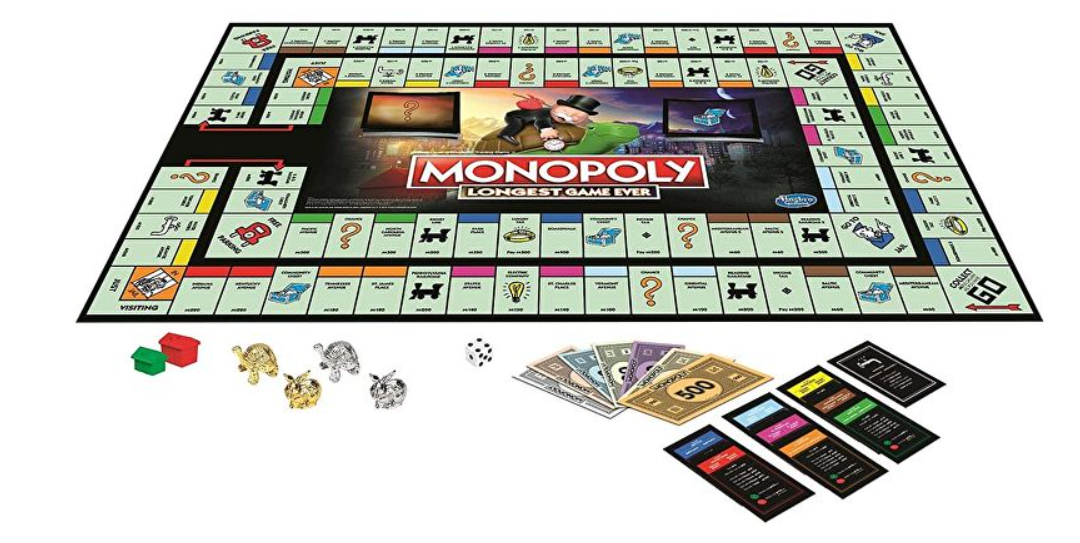 In every hobby or pastime, there’s always one option that is loved by the majority of people and almost immovable in its popularity. For sports, this is football, for casino games, you might think of poker, and in the world of board games, the clear favourite is Monopoly. Having been around for over 85 years, Monopoly has become a major player in the gaming industry and indeed in any family game night. But why is the game so popular and how has it stayed in the public consciousness for years now?

The gameplay and design of the board is something to be marvelled at, consisting of 40 spaces containing 28 properties (22 streets, 4 railroads and 2 utilities). The vast majority of people who have played Monopoly will know nothing about Old Kent Road, or what makes it so much cheaper than Park Lane or Mayfair. However, the simplicity of the gameplay is a big part of its success, as it involves rolling a die and seeing where you land. Other spaces on the board include the three Community Chest spaces, three Chance spaces, an Income Tax space, a Luxury Tax space and the four corner squares: GO, Free Parking, Go to Jail and In Jail/Just Visiting.

It’s what happens off the board which is more fascinating. Perfect for competitive gamers, Monopoly often descends into mind games and player arguments, with the playing time often spanning hours. Whether grandad’s been in the lead throughout the game only to lose it all to a last-minute hotel on Oxford Street or two best friends have been neck and neck since the start only for a third to wipe them out with a row of houses, Monopoly is the kind of game that creates memories you remember for a long time to come. Not only is it a great way to spend time with your family, but it teaches valuable financial management skills too as you buy and trade properties and develop them with houses and hotels.

Expanding its original game with many different board game versions & editions

Another part of the lasting appeal of Monopoly is the fact there are so many versions available today. For example, themed editions based on various franchises – such as Harry Potter, Pokemon and Game of Thrones – attract a wider audience and have brought the game into a new light. From Winterfell to Hogsmeade, Monopoly has been attracting players with its wide range of best Monopoly game editions for decades now, with major modern branding at the heart of almost every expansion.

In addition to the themed versions of the traditional Monopoly game, there are also iterations of the game that differ in terms of gameplay. The ‘Sore Losers’ edition is one example, which changes the rules so that falling behind can actually be beneficial. There is also a ‘Cheaters’ Edition’, which uses cheat cards to encourage players to break and bend the rules, as long as they don’t get caught, of course. The vast potential of this seemingly simple game means that everyone can find a version that is perfect for them.

In recent years, Monopoly has also made a foray into the world of mobile and online gaming. As a simple enough game, migrating it to devices was only a matter of time, since many users now utilise mobile apps on their devices all the time. Marmalade Game Studio has made a true-to-original version of Monopoly that you can play with your friends all across the world. Perfect for the social media generation, Marmalade Game Studio’s effort has put monopoly back into the conversation as a game that people of all ages can play anytime. Just don’t try and flip the board, since that could get a bit more expensive when playing on your device!

But that’s not all, Monopoly has also ventured into the world of iGaming too. As such a popular board game, it’s no wonder that game developers decided to create a Monopoly slot game too. With other games such as Monopoly Megaways and Monopoly Slingo also available, there are many different ways that adult players can enjoy one of the best board games ever created, just in a different format.