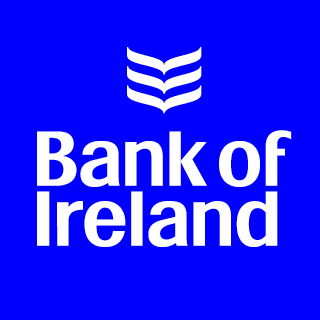 Bank of Ireland debit card spending analysis for January has revealed a steep decline in consumer spending activity, as the spike witnessed before and during the Christmas period declined significantly. Some issues I have noted is the lack of transparency with stores here online and from contacting around ten Irish retail stores here asking about where their products shipped from they did not respond be it on social media or email which does  not bode well with any customer when now is the time for them to be up front and honest and try capitalise on their web shops here. I am one to support the shop local initiative however this is dwindling by the day and I will make my purchase elsewhere online outside Ireland.

Whilst charitable donations rose steeply in the final month of 2020, these levels suffered at the beginning of 2021, with a 53% month on month drop. Purchases of sporting apparel in January fell by 66% even though the first month of a new year is often seen as the best time to kick-start a fitness programme.

Elsewhere the tightening of belts remained constant across the wider retail sector in January, with spending on clothes dropping a massive 70%, spending in hardware stores falling over a third month on month (-37%), while consumers appeared to be satisfied with their December purchases of electronic and software items as spending levels in this area dropped by 24%.

Commenting on these debit card spending patterns, Ger Thompson, Head of Current Account Banking at Bank of Ireland said: “January saw the majority of people ease back on their spending, which was to be expected after the series of spending spikes we witnessed across various retail sectors in the run up to Christmas. Notably in January we saw a drop of 41% in retail spending, including falls in purchases of sporting equipment and electrical equipment.

In addition and perhaps not surprisingly, we also saw “social” spending half in the month of January – with fast food outlets witnessing a spending decrease of 34%, restaurant spend down over 60% and pubs suffering a massive fall off in purchases (88%) as the COVID-19 lockdown restrictions really hit home.

The hope amongst consumers must be that the current restrictions will be eased in the coming months and that some sense of normality can resume. Spending on memberships only dipped by 17% in January, which is a low figure relative to the drops we’ve seen elsewhere. So it is clear that plenty of people still retain hope in this early stage of 2021 that they will resume the sports or social activities they enjoy sooner rather than later.”