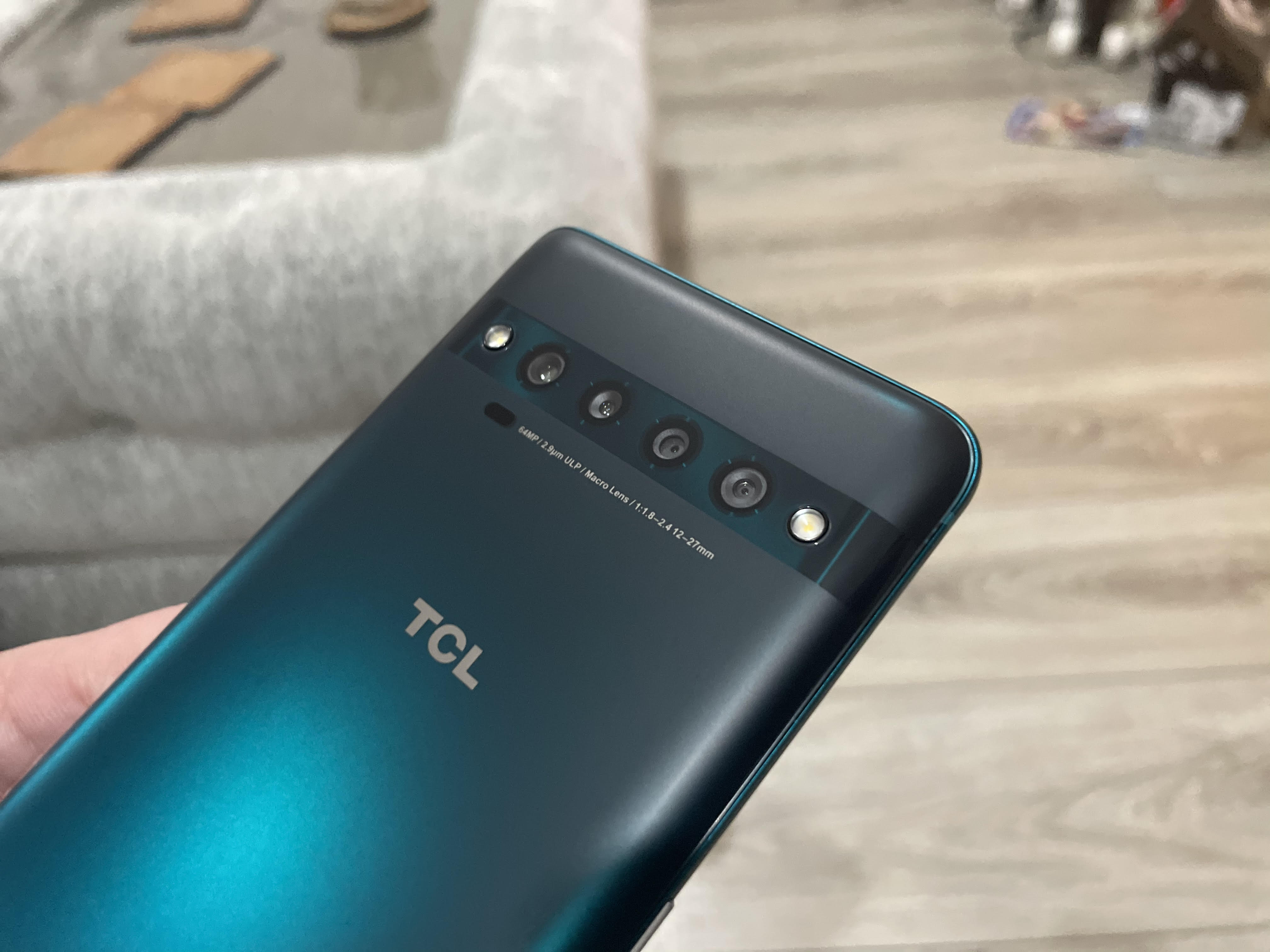 TCL like OPPO are new brands to the Irish market with mobile phones and both alike are something for the competition to look out for with what these brands have to offer for your hard earned cash. Earlier this year we checked out the TCL 10L and is a bargain for the money and one of the best budget priced phones out there right now offering great real estate on the screen and ideal for media consumption.

The TCL 10- PRO just ups the game here in all avenues which at the time of posting this is available for 399 euros which is simply another bargain should you wish to pick up a new smartphone.. The device was first priced at €499 with an Android TV thrown in but does not seem to be available now but shop around regardless.

The look and build quality of this device is one of my personal favourites, great almost bezel less screen and a smooth feel with no rough corners like some devices have, ie the corners can feel uncomfortable but not here on this phone it has a seamless smoothness all-round.. There is a small bezel top and bottom which is fine as the display on this device is fantastic and drops over the edge, You can change the screen settings with the Nxtvision app to your desire so it is worth checking this out as everyone eyes differ, the screen and how if drops arounds the sides is stunning..

Next thing you will notice is the camera array on the back,(64MP, 16MP, 5MP and 2MP ) again done well by not being a silly raised hump and it is flush with the rear of the device which means no rocking on a flat surface, I was pleased with the results the camera and video performance here and one thing some reviews need to note is to stop comparing to 1000 euro plus phones it is not the same cost just like many other devices out there and in some departments will not match up to such devices, this is a mid ranged priced phone and should be compared the same and stop using Apple/Samsung as a benchmark this is as bad as comparing ten year old Lumia devices which some still do today it is a moot point and just a yawnfest being honest. Comparing phones?? Just compare in the same price bracket and be done with it. For your money you are getting a capable shooter and video here lets just leave it at that.

Below are some video and camera samples of the device and you be the judge of how they fair out..

Multitasking on this device is a breeze. First up you have a sidebar/edgebar that offers you the options to add apps, contacts and even a ruler which is really handy this is great for quick access however you can also customise your own folders too and your home screen to make things even faster the choice is yours it is a great tool though overall for those who need to be productive, this bar can be turned off and this compared to others I have tried seen no accidental launches and works well.

For web browsing, social media emails and so on this worked really well for me giving it my daily abuse which is plenty compared to your average user as I would have more use case scenarios than most and it worked a treat for me with that huge display it was easy to work between apps switch screens and of course dual screen options this worked well with my workflow which also includes docs etc etc.

Who is this phone for? This phone is for anyone who is not fussy about specs given it has decent specs on board and want to save some money rather than go spend silly money on phones forced on you by shops or some media blue ticks stating otherwise there is just too much Apple and Samsung fawning these days not forgetting one trick ponies Huawei with a camera and no play store which nothing but positive reviews are seen consistently written by the same people which is another story for another day which has become evidently clear. The cost to performance ratio has come down on phones a while now and I have said it before there is NO NEED to spend over a grand on phone when there is plenty of competition out there like the Pixel A devices for example who are at the top of the game with photography which slightly edges this device in some scenarios but not on others for screen size for example giving you a better media experience.

Now on sale at THREE and Harvey Norman for €399