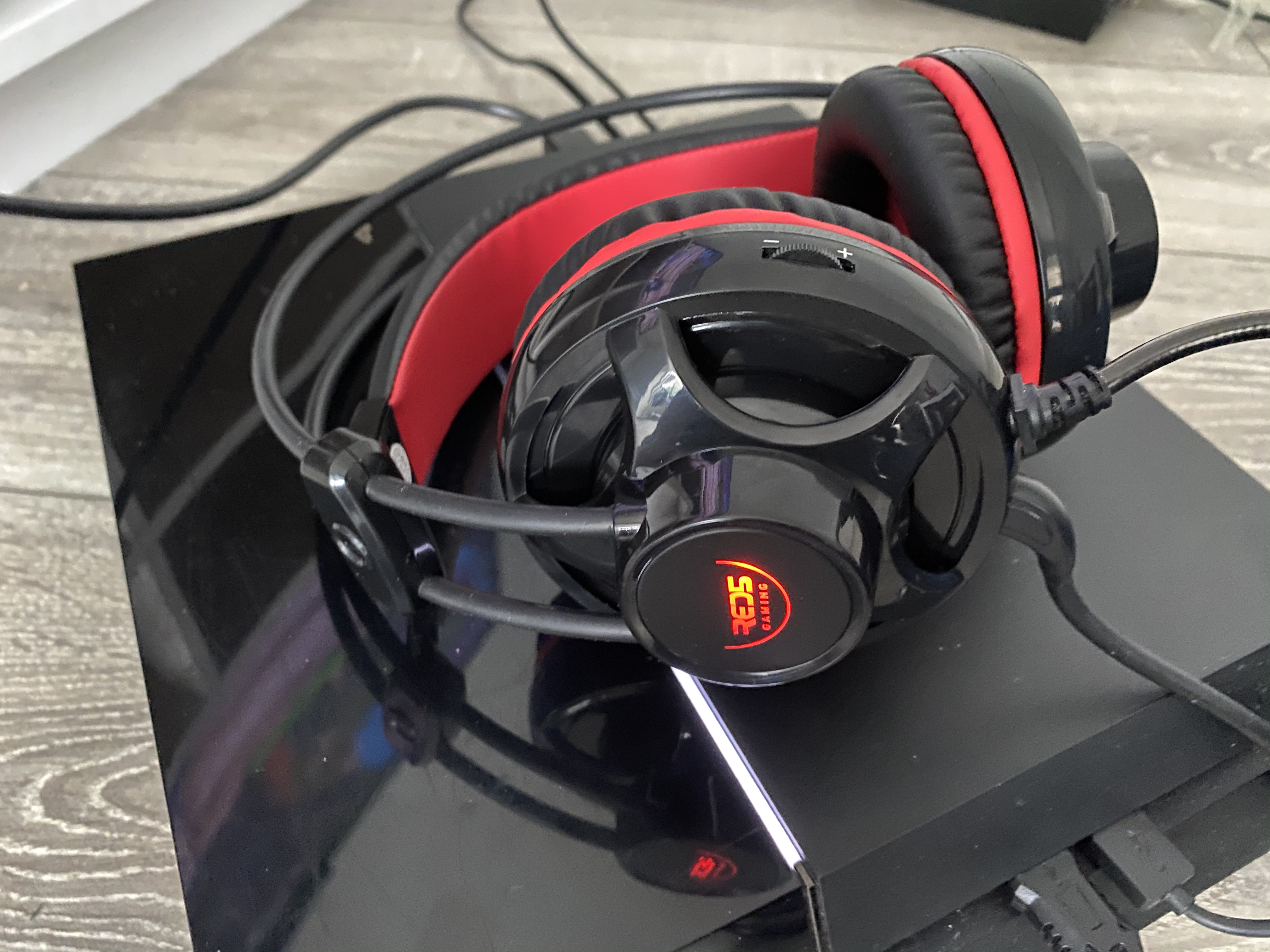 Gaming headphones are kind of in a league of their own to some extent however for me who is not a huge gamer by any means I do sit down sometimes for hours on end and get stuck in mostly on weekends but lately I have had more time to do so due to the current situation going on with coronavirus and its always good to have something new to try out. I have several pairs of gaming headphones but now I have some new ones here to check out called the RED5 Orbit and these cost peanuts but are they worth it..

The look of these is what stands out first thing with their design which I like, I like things that stray away from the norm and these do just that with a pilot look to them and the are really comfortable and light, The build is plastic all round however robust and these will easily take plenty of knocks no problem at all.

The headband design on top is cool with a nice soft padded area that and they sit nicely on the head with no clamping effect at all and can be worn easily for hours on end. The cups are padded nicely too and cover the ears, there is some noise leakage however but in a home environment who cares here, There is just one wheel control for the volume that works well and overall a simplistic headset to use in general with no bluetooth connectivity, It is a divided opinion still today on a wired connection or wireless but going forward a wireless pair of these would be great. You do get a decent length cable here so you are not sitting right in front of the TV.

What I like about these more so is the options to connect to other devices, Lots are either geared at one console or another and that is it which is poor form. These can connect to Nintendo Switch, XBox Playstation and your PC also your phone too so they can be used all over the house which is nice,and why I say that is because if I am using such and want to move from games room to kitchen to sitting room I can do so leaving them on, Yes there is a wire but so what,plug out and plug in to the next device.

When it comes to sound they are great and online gaming is immersive and the mic works well too and it is clear both ends with a nice bass tone to it overall it is just right for me, Having said that I have only tried several headsets but they are great quality when it comes to sound which is what we want, I have tested on Xbox, PS4 , PC and phone, I did find sound a bit flat on my phone but bass heavy which for me is fine and better on PC but overall a better experince on consoles and more immersive. These also light up on the sides which is nice but just the one colour and looks well in a dark setting I could say more could be done here but for the price they do a great job when compared to others I have tested and you certainly cant go wrong for what you pay if you want something that looks different and gives a good performance overall.