How the coronavirus lockdown is changing hobbies of Irish people. #Hobbies #Coronavirusireland 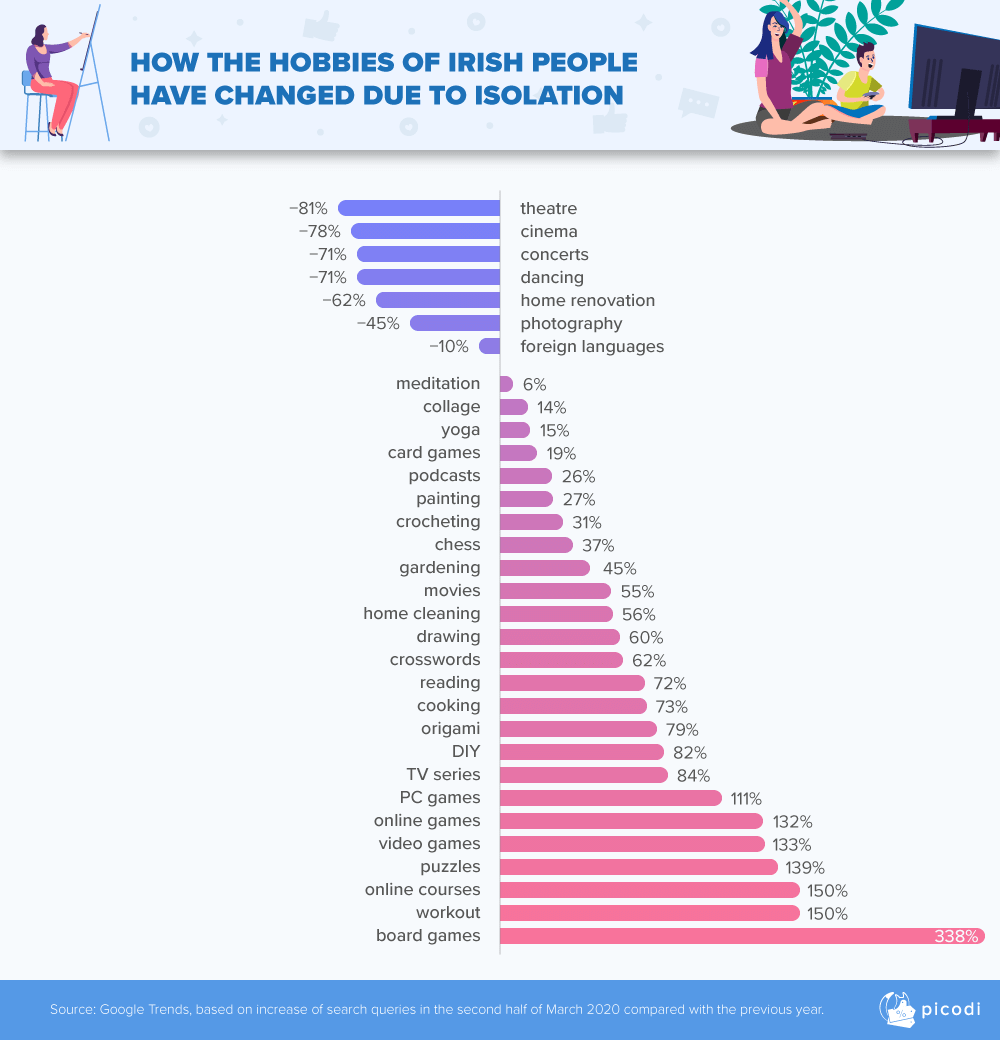 Like it or not we are in for more self isolation and staying home but over the last few weeks we perhaps have got bored or have enough to do but people are taking up hobbies or just expanding on what they already do..

Picodi.com Analysis Team investigated Google search queries and created a ranking of the activities which gained the biggest popularity in the times of pandemic.

After evaluating statistics, it turned out that all activities that require leaving home have become less popular: theatre dropped by 81 per cent, cinema — 78 per cent, concerts — 71 per cent. Irish people also lost interest in foreign languages (decrease of 10 per cent). Probably it’s no longer such a sought-after ability in the world of closed borders.

The biggest increase of interest was noted in board games (338 per cent), workout (150 per cent), and online courses, such as Udemy (150 per cent).. There is a possibility that the uncertain situation in the labour market has made Internet users seek opportunities to gain additional qualifications. Various creative activities and crafts, like origami (79 per cent) or drawing (60 per cent) have also gained popularity. See the full report https://www.picodi.com/ie/bargain-hunting/how-have-the-hobbies-of-irish-people-changed-due-to-isolation

What is the best software for an online gaming website?

The Ultimate Guide For Training Your Workers For New Technology Adoption