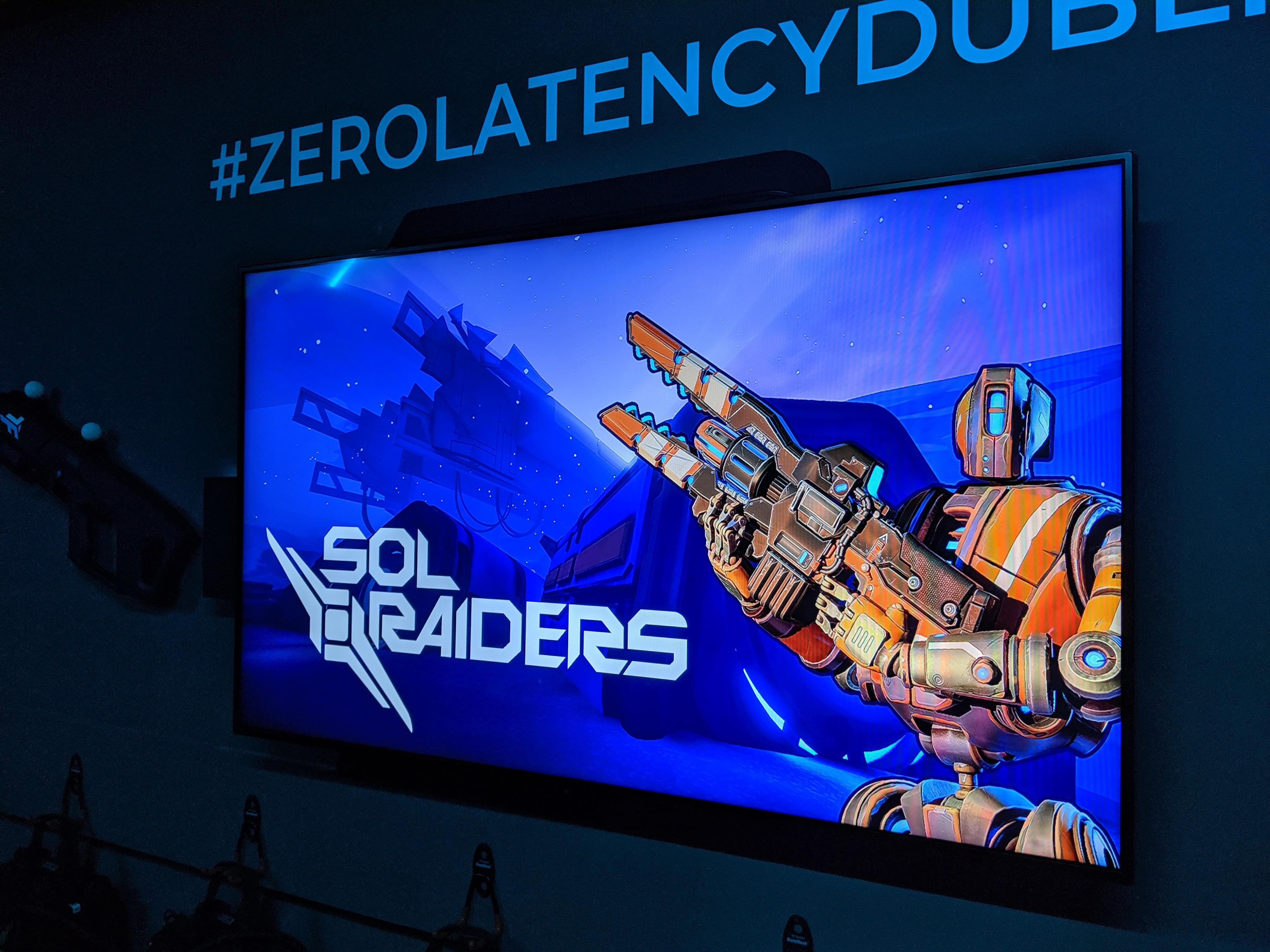 Zero Latency have just launched a new game and there is more to come too by the way and their latest installation is SolRaiders which it is a PVP set-up is certainly one not to miss and we have checked it out and love it.

I was invited to check this out some time ago and could not wait which was the same as my first visit to their HQ in Dublin out in Sandyford. I am a big VR fan but it has died a death being honest in the real world and I had lost all interest despite having many headsets and games there just seemed to be not advance in it and more focus on AR and MR.

This however is different, totally different and paves the way forward for VR and Gaming together and it has more than one benefit than just a gaming experience. On arriving I was greeted again by a great crew and given the lowdown,you sign in go for a brief and you will need to pay attention to this one,you get suited and booted and then brought into the area which is cool, You can see our previous review on that HERE.

When you walk into the arena you are given a spot to stand on then pick up your weapon and then walk to a pod and then get a trial session of how the game works and once again pay attention because I didn’t at the start being too nosey looking around but eventually listened. This game is more energy consuming than others we have tried and it will also keep you on your toes and fit, You wont come out dry as a bone either so perhaps bring a spare top with you as you will be kept on the move throughout the entire game,there is no time to sit back and relax as it is you against the rest and not a team player game.

The game is action packed without a doubt involving skills or all sorts and will see you test several levels and climb them too with elevators and so on and you have to hit a main target before the rest which makes it more fun and less friendly compared to other games but you do have fun in doing so having said that it is really enjoyable. I am not a huge gamer nor have the time to do much gaming of late but this is something I would make time for going forward in the gaming scene as it has many benefits compared to gaming at home sitting on your couch.

You are on a radar and so is your fellow players in this game and you might often feel like you will bump into someone, at times during the game you have to run back to your pod to juice up which is cool and that is when I felt the most times I felt like I was going to knock someone over but it does not happens I think perhaps the gun is also a way to detect as you can swing it around or stab it forward just to be sure, You also have to shoot out doors and then you are attacked from above which is interesting and again active and if you get killed its when you need to return to your pod to refresh your energy. You cant hide behind walls or behind a door and if the door happens to shut on you its game over and refresh time.

The social element again is one thing and another reason to keep in touch with old friends and workmates and there is a fitness aspect to it too which does you no harm I clocked up some amount of steps via my fitness tracker and came out soaked after around 30 mins of gameplay but felt energised and it was also nice to meet others there who where in to test out the game,check the video below as to how it looks It would be nice to record your gameplay for download perhaps just to see the level of fun it is and the graphics are unreal too which really places you inside the game rather than be sat at home playing a game on your TV. For me this is the forefront of VR Gaming and if it was to reach mass production with a headset of some kind which I hope the company gets to that stage I would be on it like a light and so would anyone else,this is the future of VR gaming and a good one.

Check out https://zerolatencyvr.ie/ and their other games if you have not you are missing out on a new movement and one for the better.