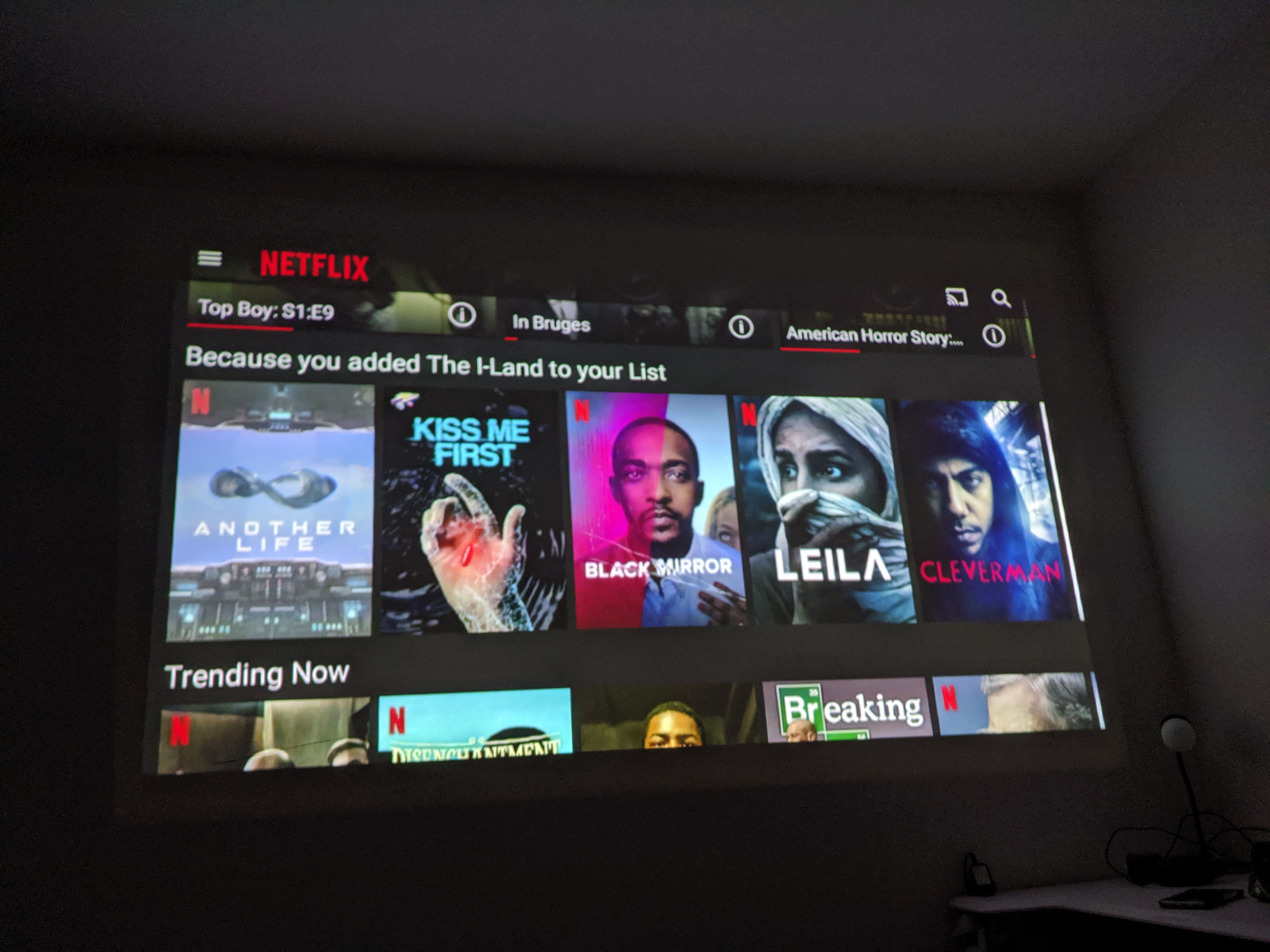 Projectors are a pretty penny these days but not all but as the saying goes you get what you pay for in most instances, leaving aside the cheap ones you might find on the web which are pretty poor they do offer an insight into what is available if you want to spend a few quid.

Put it this way, A new smart TV and a decent one will start at around €400 for a 42 inch which makes you wonder and as I now have one full time projector in the house the need for a TV is gone with screen size being generally good on these and all you need is a blank wall or a pull down screen if you fancy it. Looking forward you can tell the licence fee man to go take a jog when he knocks on your door too but they are trying to change this with the broadcast fee which is just pathetic in my book and a forced fee when we already pay for internet and another example Netflix and this is by choice, My say on that is I pay for what I want to watch and I nor anyone else should have to pay for something they dont want to watch and I think this is a fair comment.

This is where projectors come in handy and not only that the benefit of a huge screen and multiple connection points and the GVI is not short of that given it has a USB-C port on the rear rather than a HDMI connection but all is not lost here at all in fact they have future proofed themselves in that aspect.  You can still connect to the projector with Bluetooth and Wi-Fi and it even has its own hotspot so you can cast from your smartphone or your laptop and it also supports Media Transfer Protocol (MTP).

Set up is simple too and not much more difficult than setting up your mobile phone the menu and UI is simple and I go through it in the video review. You have a nice small remote which you need to mind as there is no Navi menu on the unit so be careful,however there is a volume control,power on/off touch keys and a toggle for Bluetooth and Wi-Fi, There is one focus wheel and that is easy to adjust.You have the Aptoide store too which is a real bonus and you can get Netflix,Plex YouTube,Mobdro and much more built into this unit which is great so you just sign in and away you go. How cool is that.  This also means you can keep your phone free or you can use a spare device if you want just for the projector for screen mirroring again great.

Quality is what people have been asking about as it is really good as it is more personal projector rather than one you would have in your sitting room but do not let that fool you, it is capable and supports up to 1080p. Best results are in a darker environment but not too shabby in a lit room either I might add. You can read more on the specs HERE

Enjoy movie nights with friends or entertainment on the road with the BenQ GV1 Portable LED Projector. The GV1 is a handy wireless projection gadget for binge-watching enthusiasts, allowing users to cut the cord and enjoy big-picture entertainment in any setting. Compact and lightweight, the battery-operated GV1 streams movies, social media, videos and music via Wi-Fi, Bluetooth, or USB-C  without hassle. Tiny enough to throw in your carry-on, ( I have a new tech travel bag review coming up and this will be featured) the GV1 also supports wireless projections like Airplay and Google Cast, meaning you can switch from a 6.5” mobile screen to a 60” big screen in an instant.

Bottom line is it worth the money and is it worth replacing your TV and keeping the TV centrepiece scenario out of your home? YES… Just plug and play and enjoy.

Check the video review below for more and if you have any questions feel free to ask.