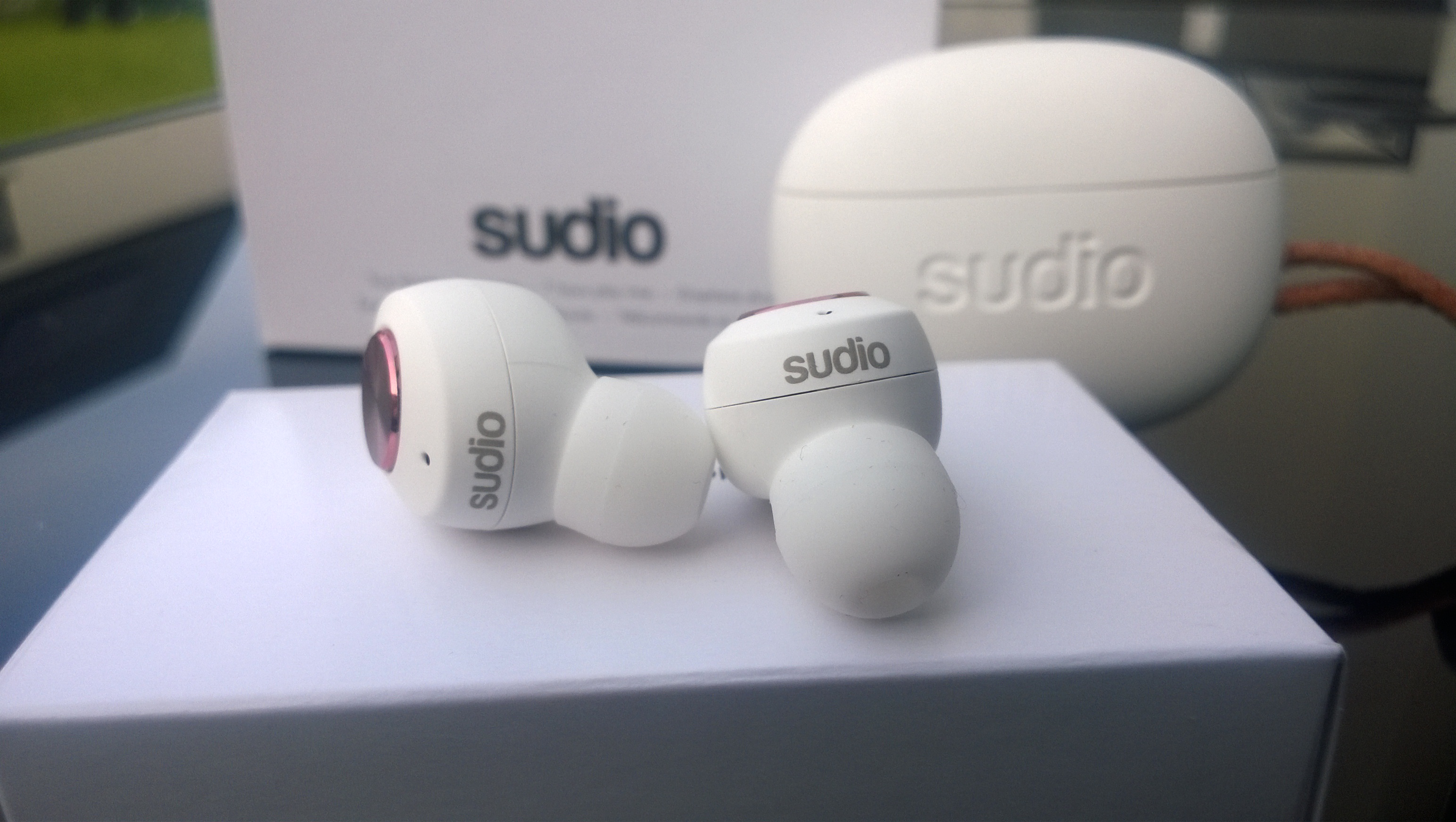 This is the second pair of true wireless from Sudio Sweden and have they improved of the Sudio Niva from last year??

Looking almost the same as before they have and for the better. With a super presentation as always the TOLV come in a smaller package inside and out but well presented and delivering on performance.

The new TOLV come in a variety of colours to start with which gives the customer choice and not left stuck with the typical Black and White versions we tend to see at launch but we went with White this time as I thought they looked nice and fit the bill for me this time around as I have several colours now and wanted to change the scene.

The TOLV come in a really nice shaped case which gives you the ability to charge your device and gives you up to 35 hours of playback which is average, The case is a real nice touch with its rubber texture and shape and it fits nicely in the hand or pocket and by no means bulky its literally a similar size to an egg but flattened on two sides and to top it off it comes with a nice leather strap.

Inside we get all the extras we expect but I would like to see sudio partner up with Comply foam as their tips are now widely used and a better fit for all, There is nothing wrong with the earbuds you get extra sizes but having comply foam on board would sweeten the deal for me.

Pairing is a simple process,once out they are in pairing mode you just find Sudio Tolv on your device and you are good to go. On two occasions I lost connection the left ear which was odd but this can happen anytime to any earbud,dropouts are not uncommon.

The controls are easy to use and to navigate blindly after a few minutes use you will have no issues to control the earbuds as both sides have functions. You also get your virtual assistant here too and this works all time with no issues.

When it comes to sound is where it matters for most but another thing I would like Sudio to do is build their own EQ app and these earbuds do not have apt-x but overall the sound is good and better than their first set of earbuds with bass in particular and mids.lows and highs came through crisp and clear and overall a great balance in sound but an app with an EQ option would really make them shine even more, You can use a third party app or if your device has an EQ on it but like I say for many their own app would seal the deal even more with support like that.Phone calls are also great and you get sound in both sides,not just one which is a great advantage. Also no lag latency seen here with my usual tests.

– Features a graphene driver for enhanced sound clarity
– Automatic pairing between earbuds and device
– Features a microphone on both earbuds
– Features a single, multipurpose button on each earbud to control music/phone calls
– Weighs 4.5 grams per earbud

GET AT 15% DISCOUNT USING THE CODE ( techbuzzirelandsudio)