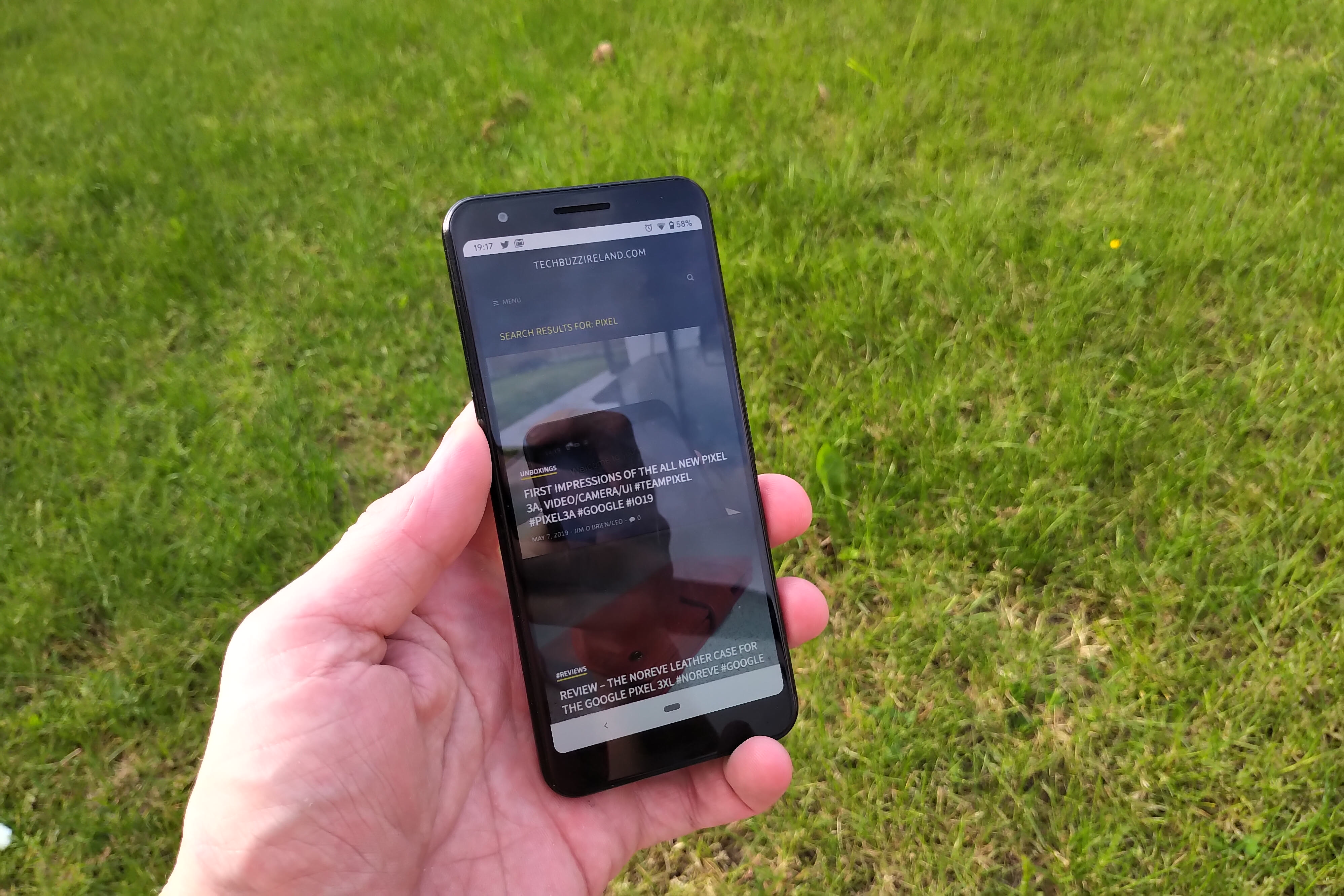 The Google Pixel 3a is what i will call the disruptor device with what’s on offer for its pricepoint which is mainly the camera, The camera is what people tend to look out for but its not all about the camera either as a whole, Given its chomped down some internals its a phone worth its money with a smashing camera and one to let others take note and gives it the best contender spot in the mid-range section.

OK.. I have a gripe with the build quality that’s because I am more suited to better built phones but you can let go of some of that with a case as most people will buy and not only that you will add some weight to the phone as it is very light but get the right case you are sorted and you are protected as the polycarbonate shell will only take so much.

Most of us folk today seek a great camera and google uses computational photography and it is simply the best. OK we have a race now to has the most cameras on board when we just want to point and shoot and get a result the 3a does this and its night sight again is unbeatable. So for all the people saying it has only ONE camera lens…. Give it a rest.

You can argue the competition has more cameras but look at the price the time has come for 1000 euro plus phones to die there is simply no need for it anymore. The P30 pro for example and the Nokia 9 pureview are two examples here which annoys me greatly. We want to take a photo and share it,not sit around with settings and fiddling afterwards with post processing look at the price difference between those two devices and see what gives the better results, Ok the P30 pro is a good phone and not a one trick pony but the price you pay is ridiculous and the same applies to iPhones which for me and always will be an overpriced locked down device lacking customisation.

Battery life for the 3a is pretty good however with me being a power user and I mean a power user not like some claim they are I live on my phone night and day for work and personal use and sometimes use two phones to keep work and personal use seperate so for the testing period I threw it all at the Pixel3a and I might get to 5pm in the evening from 8am in the morning and then I need to charge up again, On weekends easily two days as I stay away from most things I do during the week for downtime and family time so for the average user two days is possible here.

Multitasking is no problem on this device,, Again being a poweruser with some 30 apps on board,my wordpress etc it jogged on no problem for my personal use and media consumption is pleasant given its a smaller screen, The 3a actually is the perfect sized device given I have come custom to using bigger devices I have trimmed down and like it mainly for one handed use I am quite happy to use smaller phones so this and my blackberry key 2 which has the smallest screen I have used are enough even for watching youtube or Netflix.

OK it is better on bigger phones I cant argue there but its a trade off I can accept especially when carrying such in your pocket but I will get the Pixel 3a XL and see due to its polycarbonate build it will be lighter and at times I thought I had left my phone at home the Pixel 3a is that light, that can be a bad or good thing with some. On a side note one thing I noticed I was able to get a better signal with the Pixel 3a than other phones I own and this is a good thing for those on the go who rely on their smartphone for work or business.

The 3a looks boring I will just get that up front it has bezels which many manufacturers are shying away from but you don’t judge a book by its cover what it offers underneath the hood for its price point is what matters if you can live with bezels and a boring design it follows on from its older siblings but delivers pretty much else on everything else and its got great speakers which is something I am a fan of but they could have been front firing.

The OS is pure and I have been using the 3a on Android 10 beta 3 and it has been fine, You can customise your device to your hearts content with a pretty easy to follow menu system and no skin on top nor operator rubbish which thankfully seems to be a thing of the past aside their own apps if you buy it from a provider.

Another gripe some might find is the storage element with just 64GB on board and no option to expand but you do get cloud storage but for those shooting in 4K is where they might run into trouble later down the road it might leave you limited but not a huge deal for most I think.

Overall I have grown to like the Pixel 3a despite the few shortcomings and where Google has traded off here they have disrupted the norm in that department where corners are cut to get the price down and it certainly opens the door to cheaper better phones which is a trend these days but when it comes to the camera nothing under 500 lids comes near it yet, The performance is also good overall and if you are in the market for a new smartphone not laced with junk and want a good point and shoot camera this is one you need to check out..