Review – The Sony Xperia L3. For the money you can’t complain. #Sony #XperiaL3 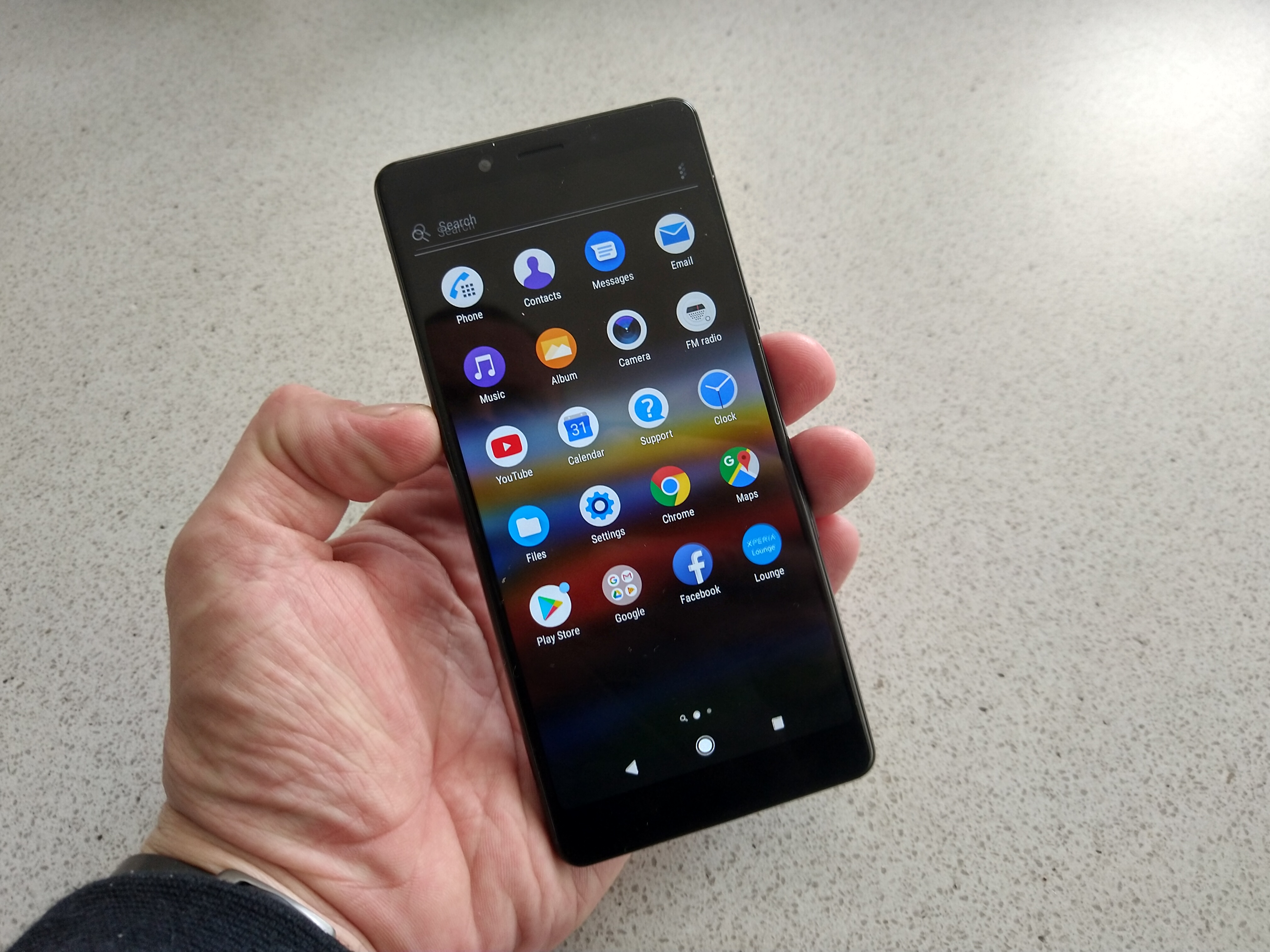 The Sony Xperia L3 is a 5.7” HD display resolution smartphone with a comfortable feel. The smartphone is hard to distinguish from most of the major brands in terms of size and feel. The thickness is fractionally bigger than similar other brands of phones, the corners are comfortably rounded as compared to some of the older Sony phone making it comfortable to hold.

Texting in one hand is possible as the phone is not the size of a phablet. The weight in a pocket at 156 g is comfortable. The smartphone as you would expect from Sony is strong made of Corning Gorilla Glass 5. The phone has a side-mounted fingerprint sensor on the right edge, which is used to lock the phone and allows contactless card payments via NFC. The phone has a single USB Type-C port at the bottom of the phone.

· Unlock in a touch, with built-in fingerprint sensor.

The display is a 5.7″ HD+ with 18:9 ratio which supports image formats: JPEG, GIF, BMP, WebP, WBMP, DNG This Supported video formats: MPEG-4 Video, H.263, H.264, H.265, VP8, VP9. The display is not a 4K screen as seen on the high-end models. When watching most movies, TV shows and photos this is not noticeable on the 5.7″ HD screen, when watching in a darker environment this display may not be a bright as on more expensive phones.

The Ram on the phone is the first sign this model is not a high-end phone which may not be noticed by everyday users, intense power hungry users may notice when using multiple apps simultaneously there may be a lag. Standard Android apps take approx. 300MB of RAM each ensuring the first app works ok but as you keep app open or don’t power down the phone, the Ram comes into its own, E.g. YouTube, WhatsApp, Spotify, Twitter, could take nearly 1 GB. Once you include Gmail, Maps Google photo, nearly 2 GB is used which results in software swapping the app. Normal users won’t notice any lag. Power hunger apps when tested, continually opening a large number of apps and swapping between results in a lag not noticed on the range of more expensive phones.

The Xperia L3 is fitted with a dual-camera setup on the back of the phone, the rear camera is a 13MP aperture (f/2.2), 2MP (f/2.4) with a front camera 8MP (f/2.0) which is ideal as a selfie camera. As one would expect, Sony experience in camera and display stands out to give clear and crisp images. This model does not support High Dynamic Range. HDR which allowed the camera to process photos slightly differently than normal in order to capture greater detail from bright and dark areas in your photo. The software on the camera does not provide a great zoom option but the Bokeh-effect provided excellent portrait shots. The Video option shoots in Full HD (there is no 4K)

The phone comes with a Non-removable Li-Ion 3300 mAh battery with a fast battery charging USB power delivery. Sony uses the Xperia Adaptive Charging”, which monitors your phone as it charges, this is to ensure the battery doesn’t degrade quickly. Sony data states a few minutes of charge should provide up to 2 hours of use before the battery dies. The 3300 mAh battery compares well to phones costing 3 times the amount e.g. Huawei P30 Pro with 4.200 mAh battery, Samsung Galaxy S10 at 4,100mAh, Apple does not disclose battery power but Xs has a 3.174 mAh, the Pixel 3 XL has a 3430 mAh battery.

The setup is standard android setup with the annoying request to accept various T&C, this is the same in budget and high-end phones.

The Xperia L3 is a mid-range phone but has the look and feel of a more expensive phone. The Sony Xperia L3 has a fingerprint scanner on its side and dual cameras on its back. The operating system has been tried and tested to ensure it works but lacks a punch as seen on top end phones, the use of basic Apps work quickly and smoothly but can lag if multiples apps are open and opened with the unit not powered down or closed. The smartphone came with a variety of sensors, Accelerometer, Ambient light sensor, eCompass Fingerprint sensor, Magnetometer Step counter, Step detector, Significant motion detector and Proximity sensor. This is an ideal model in terms of design, a widescreen for watching a movie, reasonably good dual-lens camera with software that works well.