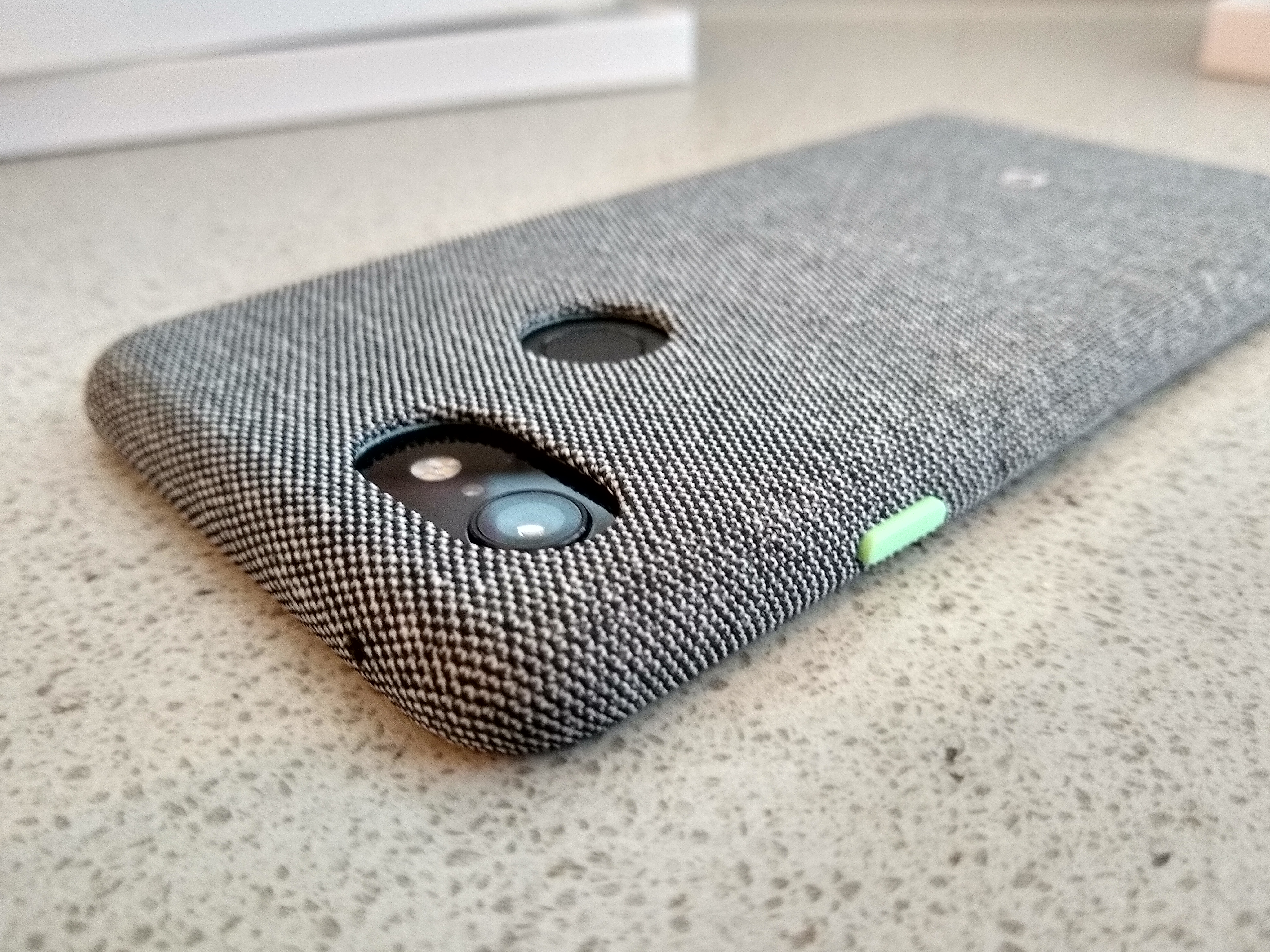 The Pixel 3XL has been my primary phone for the last two weeks and during those two weeks much news has come out about this and that wrong with it to which no symptoms I seen after really heavy usage being my primary device doing what I do and even down to the new UI which some folk are moaning about when it comes to gestures which I find more intuitive and its all about change. Simple changes seem to bother us and if nothing is delivered we are still bothered and we really need to adjust and learn how to move on and the changes found on the Pixel 3XL are easy to master after some usage and with PIE on board.

The hard wear itself might look a bit standard but improved over the last two iterations and given most of us would use a case I find it a hard argument to argue with when you wont see the phone itself apart from its front, OK there is some that like to keep their phone naked but then here is where moanfest part 2 comes in with the scratches the glass back seemed to have given but turned out they simply wipe off and to be honest if you get a deep enough scratch on it well tough shit you know glass is glass and we will just leave it there.

I like the build quality of the phone its robust and its rounded edges and corners make the phone feel comfortable in hand being the bigger device. I prefer the bigger device obviously because of the screen but the Pixel 3 standard might be a sweeter spot for some and again the cost. The phone is not cheap by any means and lacking a headphone jack and expandable storage this is a critique some must have but in todays age and again moving forward we are saying goodbye to the likes using cloud storage and wireless headphones which falls in line with Mirco-USB being phased out. Google however here have given us more than what Apple have done with giving us a cable to use headphones, decent headphones bundled in the package and better charging.

Moving on there is the Pixel stand.. This charges much faster than I would have expected and now I use it everyday and it is just great to come in after a day out or whatever and drop the phone on the stand and let it charge up, Also you can still use and charge the phone in landscape mode which is great if you watch movies or Netflix for example like I would in bed and have the stand placed there on my locker and having no fears of the phone dying during a you tube session or watching something else on the device. Again a bit pricey but when you look at it for those whom really like to use their phone for media consumption its a win win.

The buttons on the side of the device are perfect alongside the fingerprint scanner placement given its size and this is important for those who want quick access to their phone however one thing they could have given us is face unlock as this is seen on many devices today even the cheaper phones out there now costing under 200 euro have this and then we have the notch on top which is much of an annoyance to some but it did not really bother me at all.

Another thing I have repeatedly seen was the one camera set up.. Just because others are doing more like two/three lenses on the rear doesn’t mean Google has too, and if I am being honest it is become a stupid race yielding stupid looking phones from the rear and it does not seem to be slowing down either with some of the renders out there which promote nothing but give the folks with trypophobia a phone to steer clear of. The Pixel 3XL can do what other phones do with dual or trio camera set ups with just one lens and does it good.

Another area of concern was RAM . Again no issues for me this is something that will affect people with app choice mostly and again can be controlled with optimisation settings on the device. As a whole we have way to many apps on our phones and do not use half of them and some in fact remain idle for the phones entire life depending on how often you switch phones.

The camera and video quality on the PIXEL 3XL are simply fantastic even in low light situations from a general users standpoint. I have several videos up there showing this and again portrait mode have been quite great.Overall the camera in general even from a point and shoot perspective you will find it hard to go wrong with it given the multiple settings choices you have embedded and the slow mo feature works really well again I have provided samples here.

From a media consumption standpoint this device also ticks all the boxes with the big screen and those front firing speakers which are plenty aloud forward firing speakers and this is ideal and something others could learn about placing speakers a top and bottom of the phone where we tend to hold blocking out the sound..

The camera itself has new options such as enhanced HDR and AR effects thrown in the mix. Now I am not one for selfies but for those who are will be in for a treat to say the least. Probably the biggest for me is the digital zoom when maxed out is really impressive and images can be seen in video reel first at standard and following image maxed out its really impressive for digital zooming especially from a smartphone. Also a real improvement and hard to beat is the low light capabilities here which again really impressed me when using it a launch event where the lighting was terrible and the camera took images as if it was almost daytime in the settings provided at the event.

For video you will be able to shoot at 4K but sadly only at 30fps we really should have 60fps here at this price point but nonetheless its impressive and stabilisation is the best in the game end of story which can be seen through all my handheld samples and no tripods in use at all. If you want slow motion that’s here too and it works really well and again samples have been provided.

If you are into gaming this phone is also capable of heavy loaded games from the few I have tried. I am not a massive gamer fan on mobile but since trying a few games on this I have been popping in and out of the games more often that I usually would because of the screen quality and sound quality provided which makes it a much more enjoyable experience overall and it certainly will keep those happy who have gaming in mind if they are looking for this phone going forward.

General everyday usage on this phone has been the best experience to date when it comes to multitasking and productivity and it’s really fast. I have only encounter two reboots since I put my sim in which can be expected and I am a heavy power user on mobile phone and its been an enjoyable experience.

Battery life for me was a bit poor mainly because I am a heavy user and I did find myself reaching for a charge late in the evening however charging is fast and the pixel stand is an ideal addition which perhaps should have been bundled with the phone to give it some justice for its pricepoint. An average user would easily see a day out of the phone perhaps two days but heavy users certainly will need to top up late in the day based on a 7am start.

For me overall I will be honest the phone is just too expensive lacking some features but this is what we expected it would be but Google at least gave us fast charging and a dongle which something apple forgot however the lack of expandable storage is a big gripe I have and I am not too bothered about the lack of a headphone jack but overall I was impressed with the phone and my sim will be staying put for many reasons being mainly the camera/video experience speed and reliability.

The Pixel 3, with a 5.5” screen, is priced at €899 for the 64GB version and €959 for the 128GB version; meanwhile the larger Pixel 3 XL, which has a 6.3” screen, is priced at €999 for the 64 GBversion and €1099 for the 128GB version. Both sizes come in Just Black and Clearly White, and an additional Not Pink colour is available exclusively from the Google Store. Pixel 3 and Pixel 3 XLare available for pre-order now and on sale and in store on 1 November from the Google Store and Vodafone Ireland. Pixel USB-C earbuds come included with all models.

Need some cases for your Pixel 3XL check out our case reviews to date. More videos to come on the Google Pixel 3XL.