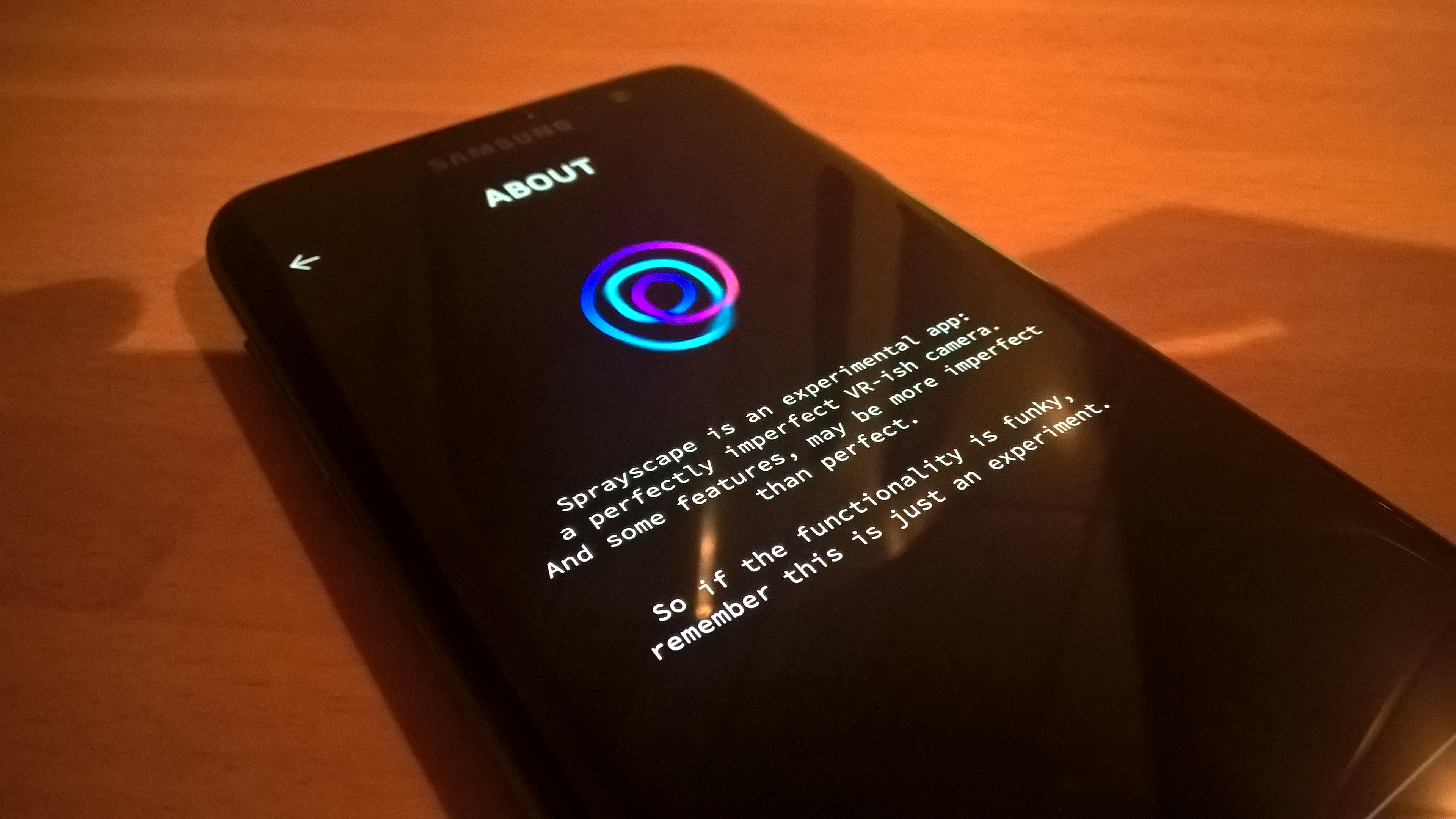 Google have just launched a new VR-ish app which uses your devices gyroscope, As is we cant take 360 degree videos on our mobile phones to date but it will happen someday. This app is effectively VR and photos mashed up as they put it themselves.. To use the app you just wave your device in the air,tap the screen and repeat and so on you will pick it up petty quick,Probably not an app I will use much just yet but hey it is a cool concept..

Sprayscape is a quick hack using the phone’s gyroscope to take pictures on the inside of a 360-degree sphere. Just point your phone and tap the screen to spray faces, places, or anything else onto your canvas. Like what you’ve captured? Share your creations via a link and your friends can jump into your scapes and have a look around using their phones or even Google Cardboard.

Sprayscape maps the camera feed on a 360 degree sphere, using the Cardboard SDK to handle gyroscope data and the NatCam Unity plugin for precise camera control.

When you launch the app on your device it reminds you of Snapchat but you can share link easily via the app onto Facebook  or email and you must be signed in with a Google Account.. Get it below from the store if you fancy trying it out…  Or see Android Experiments for more