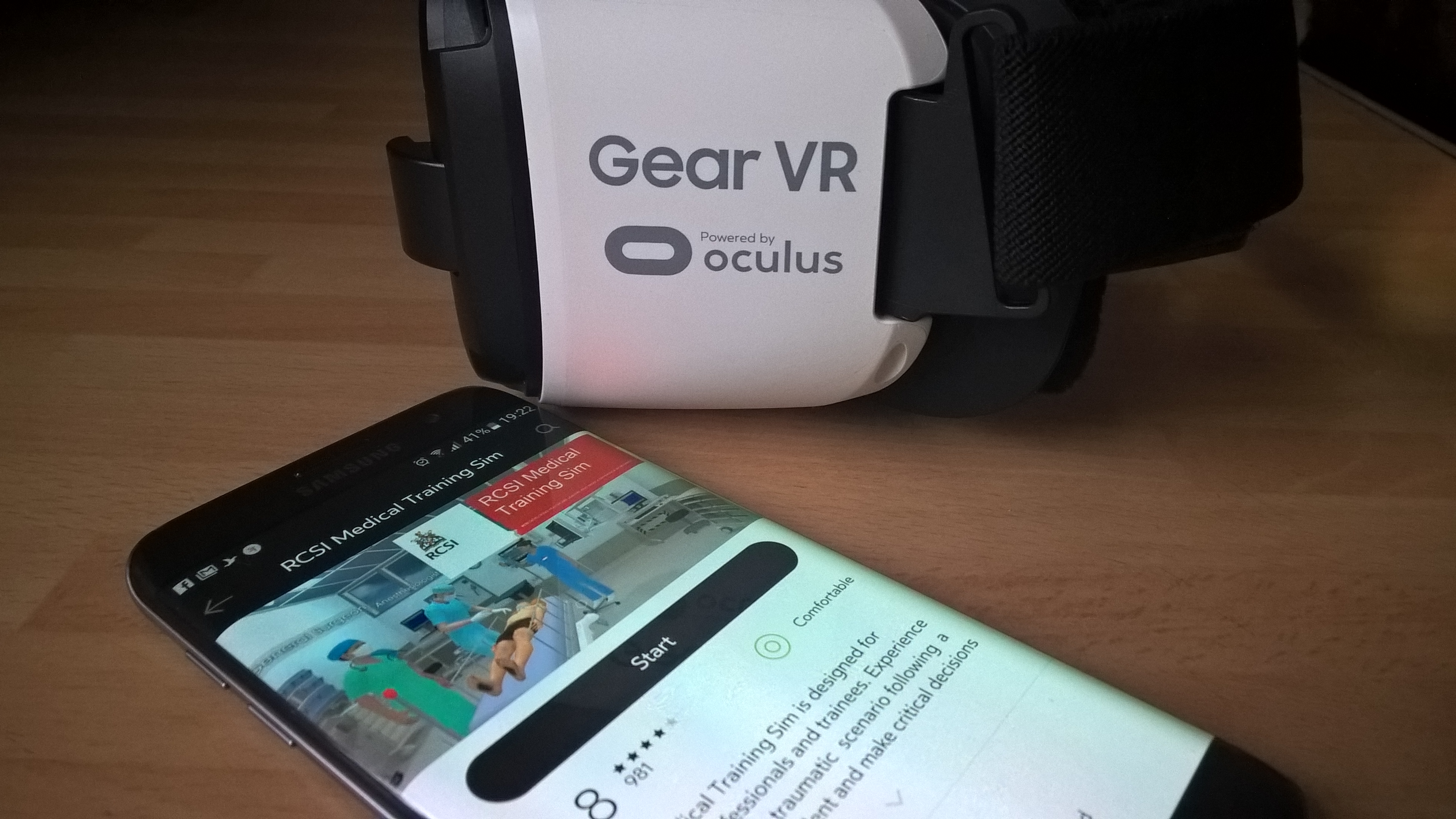 The RCSI – Royal College of Surgeons in Ireland have created the worlds first medical training simulator which is now available to download free to the general public and features an interactive alternative mode for the non-medical user, including guides and explanations for each step.This though is just available on the Oculus store for the Samsung Gear VR as pictured below. There however is quite a few good medical apps out there today which can be found on iTunes and the Play Store but none at are in this league…

The RCSI VR Medical Training Sim app puts medical professionals and trainees in the shoes of the Emergency Department trauma team leader where they must assess the patient, make life or death decisions in real time and perform life-saving operative procedures as a surgeon would in a real emergency room.

Commenting on the launch of the RCSI VR Medical Training Sim app, Donncha Ryan, Learning Technology Manager, RCSI said; “Virtual reality is the most radical technological change we’ve seen since the mobile phone and the opportunities it poses for education are vast. This app gives surgical trainees a lasting memory of a real immersive trauma room experience, which is much more valuable than just learning about it in a classroom.”

Developed in conjunction with Immersive Education VR, the app has been released to the public on the Oculus Virtual Reality platform (Samsung Gear VR). The virtual reality (VR) app is focussed on providing both undergraduate medical students and post-graduate medical and surgical trainees with new learning opportunities.
RCSI has become the first higher education institution in the world to release a VR surgical training application on the publicly available platform, furthering its commitment to exploring new technologies to enhance education. This new technology makes simulated training available in a mobile form, making it more accessible and affordable for trainees when access to high-end surgical simulators is not possible. The app has had over 65,000 downloads since it previewed on the Samsung Gear VR app store in May 2016.