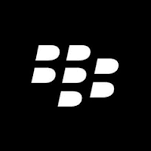 Blackberry 10 OS 10.3.1 is now rolling out for current users of their smartphones,since yesterday we have joined this group and we can confirm we have the update here too..

The update adds quite many new features and from the press release below all will be explained.

BlackBerry 10 OS 10.3.1 offers a fresh look that incorporates updated icons and an instant action bar so that each user’s most commonly accessed functions are in the center of their screen. With this operating system update, users gain access to powerful features, including: