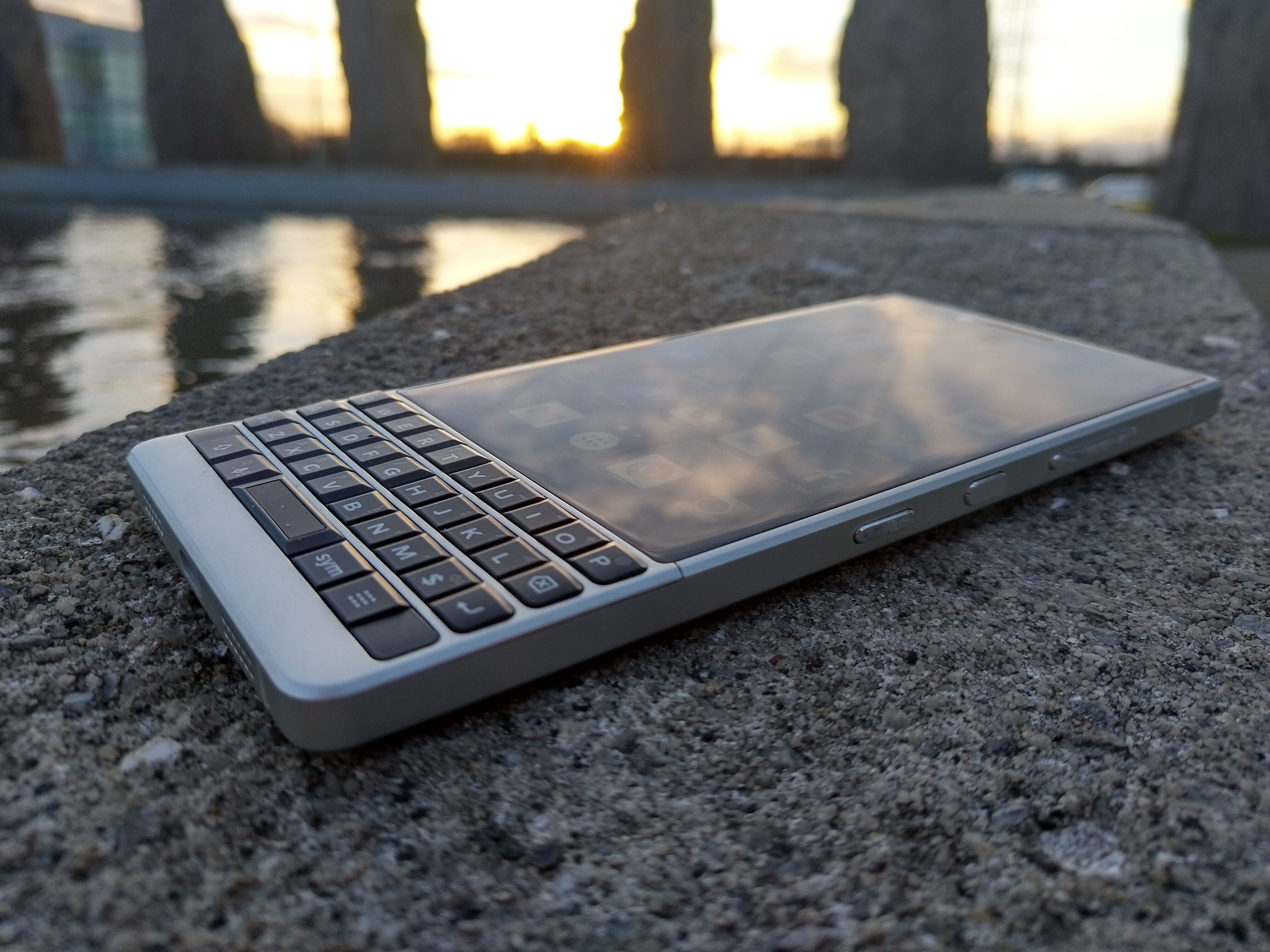 I typically carry two phones as annoying as it can be at times it keeps personal and business apart which is how it should be and dual sim phones are available but with what I do, it is what it is and two or more phones it shall be but overall I enjoyed the Key 2 and it delivered on what many seen failed on the Key One.

I was critical of Blackberry for years after they vanished off the operators shelves then the Passport came along which I slated but when I had the chance to use it I was so wrong and it was probably the best phone I used that year despite its odd shape and anything from Blackberry after that was great as I tried them all including the Priv, Classic and Key One. Check out my chat with Blackberry on the PRIV

The Key 2 looks much the same as old and is light in the hand and a great balance with that rubberised back everyone loves. When you pick it up you know you are holding a Blackberry device.

This time around it is much more snappy and feature rich with the “Hub and DTeK” on board leaving you with a sense of security which in today’s world is vital.  The most standout feature however is the keyboard and it has been refined and once again brings back the joy of typing on physical keys rather than virtual ones which you can of course use if you like on the phone if the keys are too small but that just defeats the purpose of owning one of these phones. It only took a few hours to get the hang of the keys once again and they travel well and are responsive then you have the shortcut key and the options to programme the keys is just great this is where things make up for the lack of screen estate allowing you to place shortcuts to launch apps keeping your screen free which I find hard to do regardless.

I wont bore you with specs they can be all found here and just talk about the experience.

This phone is a niche product so lets get that out of the way, It aint for everyone, but when I say that everyone has not tried it simply because they cant get their hands on one and when you use the keyboard you will want it, this might apply to the older folks out there who once sported a Blackberry of old but I think it would appeal to more given they had a chance..

This was evident when I showed it around or when people asked me what phone is that and when I say Blackberry they are somewhat stumped and say “are they still making phones”? Blackberry has been not available here on networks for years despite people wanting them from asking on forums and boards here they have a n interest still but not like the devices we tend to have shoved down our throat when you walk into a phone store here.

This is ideal for the business minded and more but you are limited to two things here which is screen size for one and if you use VR headsets you are wasting your time due to the dimensions. VR was one concern of mine before with the Key One but VR has died and I have no need for it now which is unfortunate being a huge fan I always wanted to have a phone I could use with a generic or manufacturer specific headset. Blackberry aint either.

The screen size is another factor especially for media consumption, you are limited with size and screen estate and its somewhat dim compared to other phones but manageable and over time you would excuse it even I did and having the luxury to be around bigger phones with 18:9 aspect ratios they Key 2 is  3:2 at 4.5 inches.

The camera is one factor which everyone will want to know about and is an important feature for many does this phone deliver? Yes and No. In low light forget it but being honest that is a struggle for many phones today until recently but in bright conditions its fine and video is fine with 4K recording and video recording is maxed out at 1080p at 60 fps on the selfie side with the front facing camera. One tip is I would use HDR on the main camera for decent shots I am just a point and shoot guy like most and hates fumbling with settings which for the most using this phone would be the same.

If you are the productive type you have all the tools at your disposal on the Key 2 that you need such as docs,locker,password keeper, privacy shade which I covered before,sheets,slides,sound recorder and power centre. Speaking of Power yet again Blackberry trumps with battery life here easily getting me through one day no problem with heavy usage and as I am a power user this is vital for me and im sure many others are too this will not let you down here at all. Multitasking is a joy to use and fluid.

The Key 2 is ideal for enterprise folk and with not many phones directed at this bar Windows Phone which is dead the Key 2 is the phone to have full stop, The hub will be ideal some and not for others and for those who are comfortable with the default stock apps you do need to use Blackberry apps to get full use of the hub, it is a love it or hate thing and the same applies to BBM which in fairness lets be honest nobody uses it and certainly not in my circle of friends or business customers.

For me the KEY 2 is a phone I could easily carry with me on a daily basis and it is a nice phone to use and suits my needs day in day out. The keys might be a bit small for some and for large handed folks like me it can be a problem but one you can get over the more you use the devices and you can always add the virtual keyboard if you feel the need to but asides that it is much faster than the KEY One has not slowed down on me so far and its loaded fully with Apps, Music and images and I have not ran into any issues yet.

The Key 2 is certainly a phone I can recommend to anyone in business or enterprise and even those who like Android devices and was perhaps once a Blackberry fan of old. The only thing I can fault it on is screen size and that is a thing people like today, Given the phone is not a media targeted device is does deliver only on a smaller screen estate with and odd aspect ratio and you can get over this in time if you are willing to give it a go. Many people will knock the Key 2 but like I said before and caught myself out, Dont knock it unless you have tried it. Having said that it is a niche device and not for all but it will surprise you. My final complain would be the price it is hefty and you can get better for less these days which is no excuse even for the intended target audience.