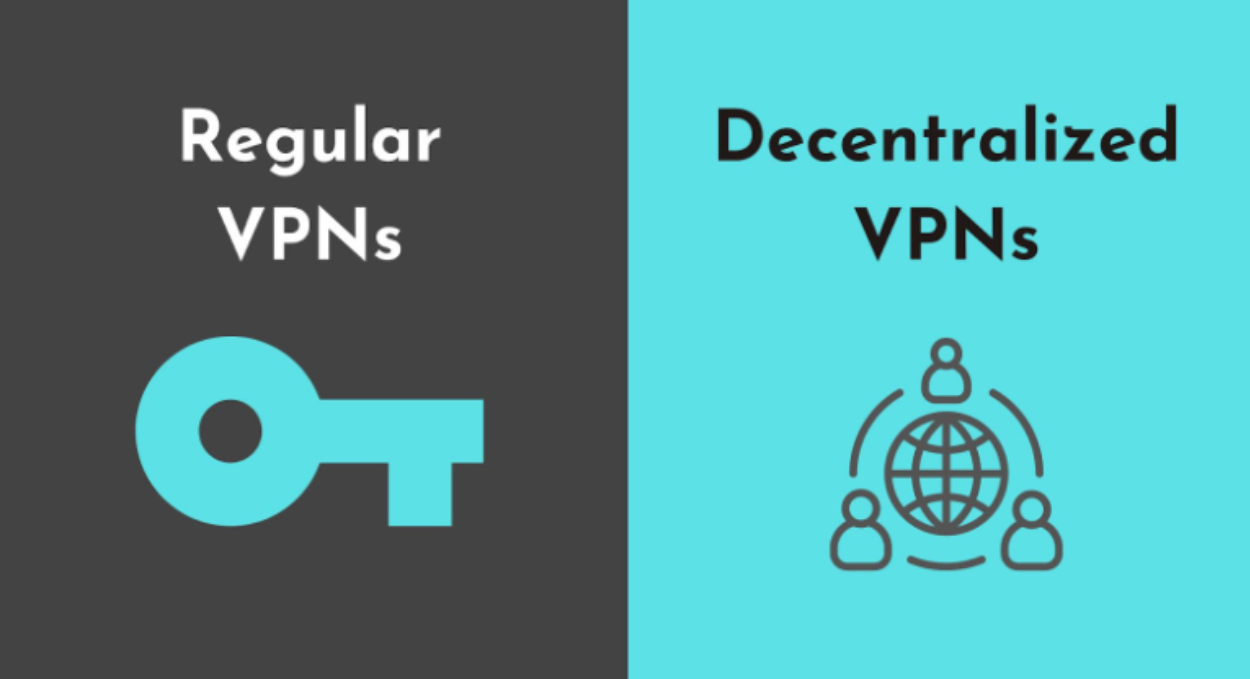 You might be familiar with decentralized VPNs (dVPNs), privacy services that declare themselves as a tool having the security and speed of VPN apps and the anonymity and flexibility of Tor. But the question is, how do dVPNs compare to regular VPNs?

For those who don’t know, Decentralized VPNs depend on an independent network of Internet-based “node” systems instead of operating on centralized servers used by traditional VPN services. The decentralization provides an edge to dVPNs while effectively bypassing geo-restrictions and internet censorship.

However, if you are looking for added security and enhanced privacy, you must check out the recommended VPN deals suggested by cybersecurity experts.

Let’s go through a brief comparison between decentralized VPNs and regular VPNs.

The structure is the primary difference between these two VPNs. A standard VPN, such as NordVPN or ExpressVPN, keeps or licenses a server network worldwide from which clients may control their connection. Typically housed in vast server farms and maintained by a third-party provider, despite being leased by VPNs.

This is not what dVPNs do. Rather than routing traffic via a centralized VPN connection, they operate a node-based network. Consider nodes to be points of entry and way out from the Internet, also of relay for connections. These nodes could be any form of device, including a laptop, smartphone, desktop, or server. Anything that transmits internet connections is essentially a node.

If you’ve invested a lot of time browsing the internet, the term “node” certainly prompted a Pavlovian reflex where you imagined “Tor”. There are a number of similarities between Tor and dVPNs, but there are some major differences that we’ll go through as we proceed.

dVPN users maintain dVPN nodes, which means common users. You aren’t a client when you join a decentralized VPN; you really aren’t paying them to execute a service. Rather, you connect to a network of people who both employ and donate nodes, similar to how Tor works.

Like Tor, you are not required to have a node; you may simply utilize another person’s nodes and be finished with it. But, far from Tor, which itself is run by volunteers and so has a limited number of nodes, dVPNs entice users to function as nodes, thereby paying users to utilize their devices.

This is when the dVPNs crypto element plays a role, which is the second main difference between the newfangled privacy tools and standard VPNs. When you subscribe to ExpressVPN, you spend $100/year for service. You don’t spend anything for the service if you sign up for dVPN like Orchid. Rather, you purchase part of the network’s crypto, in this example, OXT, and spend it to compensate the operator of nodes you’re utilizing.

Obviously, the service provider receives a cut (the exact sum is unknown). However, this payment method distinguishes dVPN from VPNs and Tor. The figures we’re discussing aren’t huge, perhaps a few cents an hour, but they suggest that when you serve as a node, you might make enough to access other people’s nodes for free.

This is perfect for everyone because we all enjoy free goods, but it’s a particularly good thing for those in undeveloped countries because they are unable to pay for a VPN. Myanmar is a notable example, where protesters successfully circumvented strong govt internet restrictions by employing Mysterium VPN.

Obviously, because branded parts are used, dVPNs aren’t just a mere dVPN network; they are also a money grubber. When not used, some dVPNs will enable you to utilize your node to generate their coin.

While wagering on a developing cryptocurrency isn’t for everyone, given the crypto’s record in 2022, it’s an additional bonus leveraged by dVPN services to entice more customers.

Again, when it comes to bitcoin, there is always blockchain, which is still another difference between dVPNs and VPNs. The main issue with any VPN is the logging: taking note of when you joined the server and which websites you browsed. Many VPNs profess to be no-logging VPNs or providers that neither maintain nor erase logs.

The truth is that these assertions are hard to verify. That is, it’s difficult to claim a no-logging promise. dVPNs, on the other hand, say they have overcome this dilemma by keeping every bit of this data on their blockchains. Every internet traffic data is kept there, accessible to all but anonymized.

In this manner, dVPNs are much more thorough than traditional VPNs since you can see what’s happening through logs and archives. If logs are really a key concern for you, dVPNs are a viable option.

Which Service Should You Get: dVPNs or VPNs?

These are the key differences between standard VPNs and decentralized VPNs, raising the issue of which one is the best alternative for you. It is wholly dependent on you, the user. As it is, dVPNs are still a niche option because they are a new concept. Like, we don’t know if dVPNs are just as secure as VPNs.

Till this time, dVPNs are an excellent alternative for crypto fans looking to explore a potential version of Web 3.0 ( the decentralized web) free of commercial meddling. It’s also a wonderful alternative for those who wish to utilize a VPN for free without joining up; simply buy or win some cryptocurrency, and you’re all set.

For typical web users, it is difficult to pinpoint what benefits dVPNs have against their equivalents. Most significantly, because nodes are harder to locate than VPN servers, dVPNs are ideal for watching Netflix. Still, dVPNs have good potential, and you should keep tabs on them as they expand.