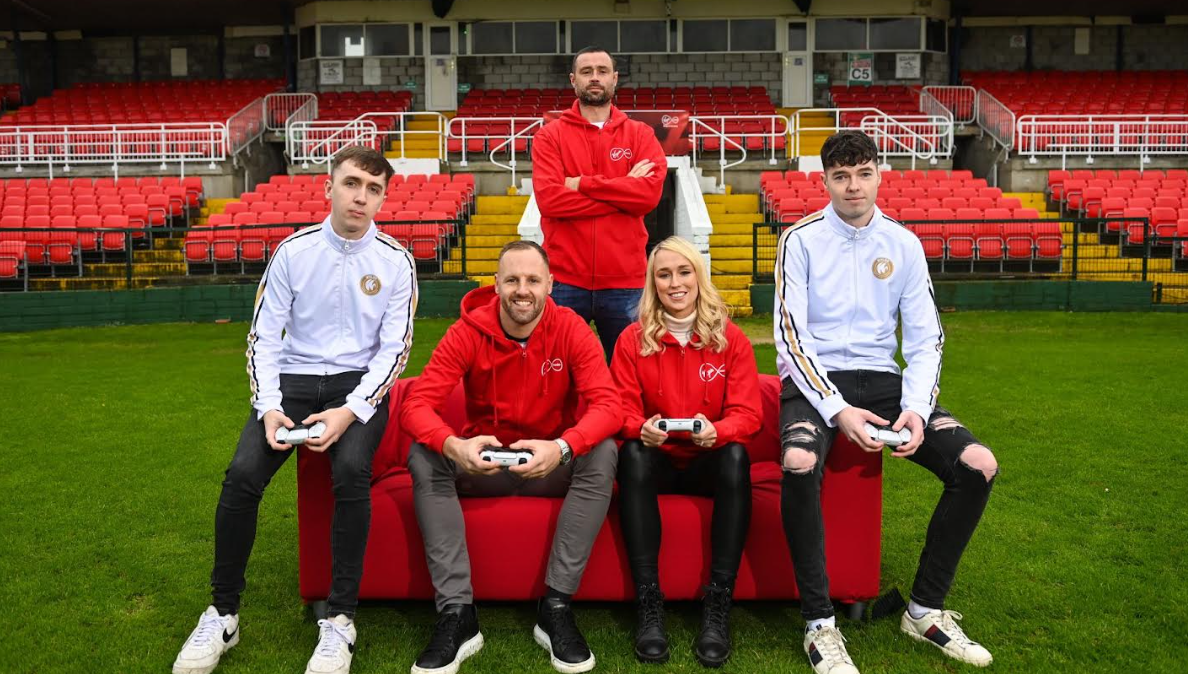 The game, which is a League of Ireland first, will be streamed live from 5pm on Virgin Media’s Twitch channel, with commentary and analysis from Virgin Media Sport pundit, Damien Delaney and esports caster and football commentator, Darren Gibson.

Virgin Media is the official sponsor of Usain Bolt’s esports organisation and Ireland’s premier esports team WYLDE;  this event is part of their ongoing ‘Gamers are Athletes’ campaign, showcasing e-sports players as elite athletes in need of the speed and reliability Virgin Media broadband provides to bring their A-game.

The popularity of esports has rapidly expanded and the pandemic has acted as a catalyst for that growth with 52% of adults in Ireland who game saying they play online, according to research commissioned by Virgin Media and carried out by Coyne Research. Research also shows that 72% of people would choose to play a football game online over participating in a physical game.

Ahead of the game, Virgin Media Ireland Marketing Manager, Clare Quinlan said: “Our research shows us that 1 in 5 young people in Ireland are watching FIFA tournaments. In future, online tournaments could be as popular as the World Cup, so we want to make sure that just like other athletes, e-sports players have access to the best equipment so they can play and compete at the highest level. Virgin Media’s 1Gb speeds and 99.9% reliable broadband helps the WYLDE team and gamers across the country to bring their A-game.”

Stephanie Roche added: “Ireland may not have made it to Qatar, but that doesn’t mean we don’t have Irish international players we should be celebrating. Ciaran and Tyrone are athletes, just the same as me and David, and now thanks to Virgin Media people across Ireland will see that and get behind them.”

Back in his home turf of Turner’s Cross, and former professional midfielder, David Meyler said: “Having started my career playing for Cork City, it is great to be back now to take on the WYLDE e-sports team, another great Cork based team giving players the support and resources they need to develop and to compete internationally. I am an avid online gamer myself, so I understand the level of skill and dedication gaming at his level takes and am looking forward to taking them on.”

Speaking on behalf of WYLDE, Chief Executive Steve Daly said: “We all know how good David and Stephanie are on the pitch, but this is a great opportunity to showcase just how talented Ciaran and Tyrone are too. We’re really excited to see what happens when you bring together four Irish internationals for a head to head.”