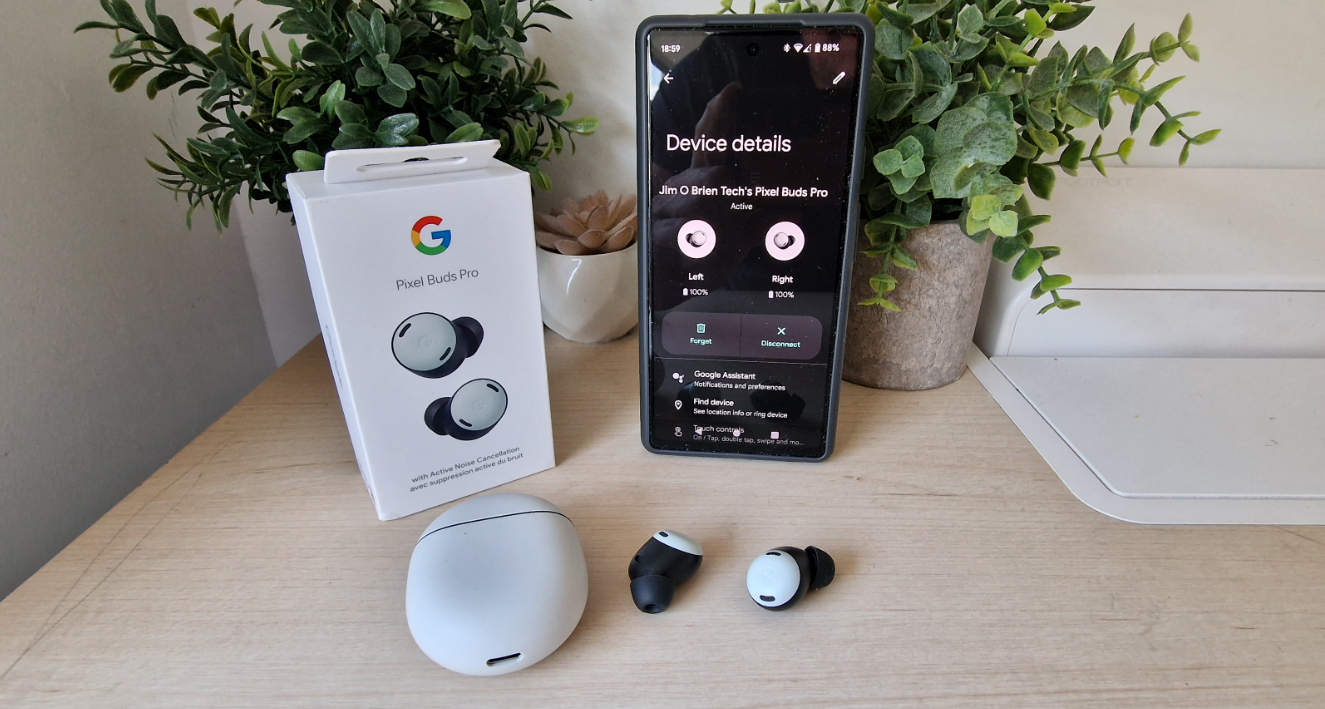 Ok so I have spent some time now with the Pixel Buds Ppro and did not rush out a review just three days after getting them as it would be unjust and just lies being honest to get an honest opinion too, I also was hoping the full EQ suite would arrive by now but it has not but when that update does drop I will be back with more and frankly being a pair or PRO earbuds this should have been included at launch but it is what it is and that’s how things go in the tech world.

I did give a first impressions when the review embargo was lifted but as mentioned not enough time and since then my thoughts are even better again minus that EQ update having said that you could get away with even using it the earbuds are that good, coming in at the price they do some might feel short changed but having used the pixel buds now from their inception shortchanged is not the word I would use at all but again they are on the higher side with price, there is other manufacturers out there that do charge more and give less for your hard earned cash.

We are not going down this road either “are they worth buying” clickbait like with any review and just tell you how it is and that is it and that is how we always operate and the same applies for our video review below where we have a look at them in our hands and get some real context.

The case and battery

The case is slightly larger as seen in the unboxing unless I need my eyes tested which is still fine I love the design though and it feels like a pebble in the hand and comes with wireless charging too which for me is great, the snap close lids seems sturdy too and should not open and the earbuds should not fall out regardless as the magnet is strong. If you do not like wireless charging you should also note that just 5 mins charge from a main will give you up to one hour. For the most they live up to expectation and what the manufacturers claims but knock off around 30-45 mins with max volume and ANC for the total time which is 7 hours.

So as in the unboxing nothing has changed here they are larger than before missing the wing tips but do not protrude too much either, people may be used to the smaller mint type shaped pixel buds A series which are still a cool pair of earbuds today but these fit well and will not fall out either they remain secure and stay put.

The app is great once again and has all the features expected bar the full EQ suite at the time of writing this review it has plenty to play around with and lots of goodies pack inside and again you have got the option to find them if lost and they can be rang if required as they do often get misplaced around the house especially if you have kids. Connection is super fast as you will see in the video review too which is great..

Also in the app you have got your battery levels google assistant touch controls which are swipes/gestures single double or triple taps and touch and hold though the latter is for the Assistant which can be also customised to toggle active noise control on the left or right side. Overall the mentioned controls all worked really well for me during the test run.

Yes you have got ANC which has improved you have also got transparency and Off and again all worked well for me, the ANC is really good this time around however everyone’s ears are different but they are up there with well know ANC earbuds.

The most important bit but I still think there is better to come with the full EQ suite being honest and this did happen before with a previous pair and as is they do a great job, to simply it they are well balanced with a little bass but I do think they could be louder however that is more a personal preference but nonetheless decently loud and these are powered by custom 11mm drivers.

HIghs lows and mids are fine too and for music movies and more you will be pleased with what is on offer overall even some brand loyalists might be impressed here, you do need to do the seal test too for the best results like with any earbuds that offer this feature which is now seen more often especially in the high end and ensure you have the right tips too. Depending on what you listen to you might find some differences with instruments voice and genres but for the most there is not much to complain about, calls where fine too both ends for me and there was an issue before of calls dropping in their first pair of earbuds but this seems to have been fixed for now anyway from what I have seen for myself.

The Assistant here too is really cool which will allow you to have messages and emails etc read out to you without touching your phone I love this feature and it should become the standard today with the added benefits of multipoint connection it makes them more useful if you are a multi device user at home or in the office.

For 219 euros which is considered a high price and high end they are one of the cheaper offerings around there is slightly better out there for less but design might not suit those but if you are into aesthetics and good overall sound these are something to look at, We will be back again when the EQ settings get updated and see what has improved and we look forward to that.

You can now pick these up from Google here