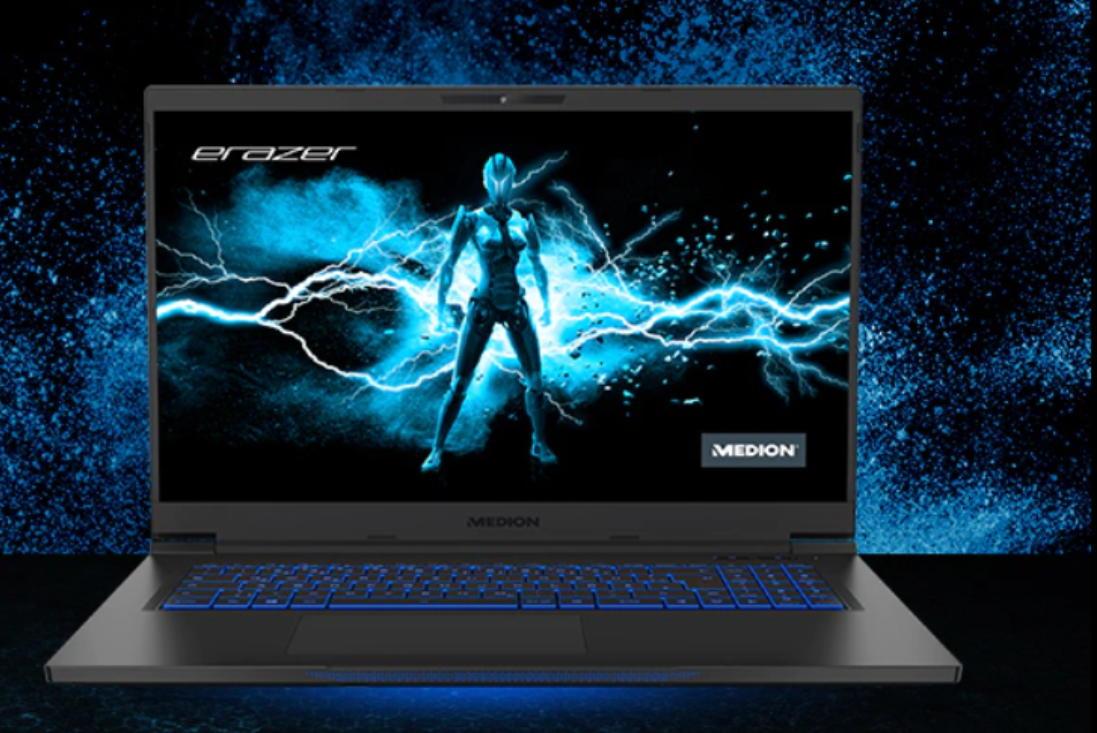 MEDION, the laptop and desktop manufacturer, has announced the release of the MEDION ERAZER Beast X30 is a high-performance gaming laptop later this month. The Beast X30 is equipped with the latest Intel Core i9-12900HK processor, which provides plenty of power for the hardcore gamer. The built-in NVIDIA GeForce RTX 3080 Ti laptop GPU delivers outstanding graphics performance when gaming.

The laptop is geared up with the latest Intel Core i9-12900HK processor, making it the perfect gaming laptop for those who want the highest level of performance. Thanks to the clock speed of up to 5.0 GHz and 14 cores, gamers are provided with next level power that allows the Beast to handle triple-A rated games with ease. Thanks to the advanced Intel Core i9 technology, the laptop supports advanced standards such as DDR5 RAM and Thunderbolt 4. In addition, the integrated Intel Wi-Fi 6 technology delivers lightning fast wireless Internet performance with reduced latency. This ensures the laptop is absolutely future proofed for all gamers.

Furthermore, the MEDION ERAZER Beast X30 is armed with the new NVIDIA GeForce RTX 3080 Ti laptop GPU, which enables graphics performance at desktop level thanks to real-time 2nd Gen ray-tracing technology. Thanks to the 3080 Ti graphics card, gamers can expect lightning-fast frame rates. The Beast delivers the ultimate in game experience with the ultimate 17” 240 Hz QHD display also providing 100% sRGB colour space coverage. It also has have sufficient power reserves to record or stream gameplay in outstanding quality. The two in-built Samsung PCIe Gen 4×4 SSDs, each with 1 TB storage capacity, allow for system start up in record time and in combination with the lightning-fast 32 GB (2 x 16 GB) SK Hynix DDR5 RAM, this shortens start up and loading times enormously.

The ERAZER’s 26mm thin Magnesium-Alloy chassis design is complemented with an etched ERAZER logo on the back cover and is equipped with a full RGB back-lit keyboard 16.7 million colours and front Game Bar. The narrow bezel design allows for maximum display coverage, with only 7mm remaining each side of the screen.

The Control Centre takes the Beast to the next level by conveniently controlling fan speed, clock speeds and keyboard lighting. The Engine Boost button makes it even easier to switch between Office, Game and Turbo mode. The optimised cooling system with four fan outlets and liquid metal heat-conducting paste ensures a cool head during long sessions. The Sound Blaster Cinema 6+ audio solution even transforms stereo signals into lively 3D sound worlds and lets gamers immerse themselves even more in the game.

The new 12th processor generation from Intel now supports even faster main memory with up to DDR5-4800 and comes with Intel Turbo Boost 3.0. This is an energy-efficient solution that enables a dynamic and automatic increase in clock frequency while maintaining safe temperature and power consumption values. In this way, heavy workloads can be managed even better and faster. A hybrid design with performance cores (P-Core) and efficient cores (E-Core) were also introduced. This ensures better workload prioritisation and optimal management distribution with the Intel Thread Director.

The MEDION ERAZER BEAST X30 will be available for MSRP: £2,699.99 in selected retailers later this month including Amazon, Overclockers, eBuyer, Buy IT and Box. Other configurations are also available.