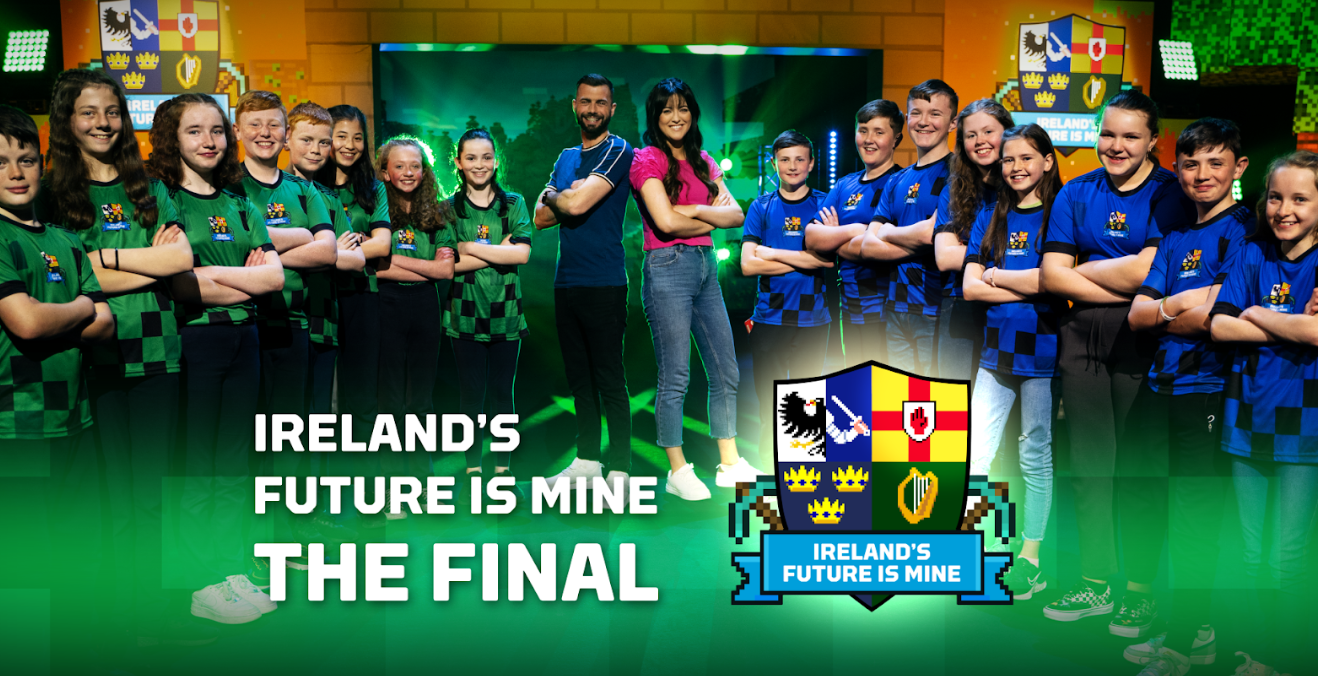 The final of Ireland’s first national digital skills competition, Ireland’s Future is MINE, is scheduled to be televised on RTÉ2 on June 16th at 5pm. Delivered through a collaboration between Microsoft Ireland and RTÉjr, the competition’s final will see St. Hugh’s National Primary School from Leitrim and Moyvore Primary School from Westmeath battle it out for first place.

Since its launch, schools across Ireland have entered the competition and students have explored fun challenges such as building their own NASA rover and coding their very own polar ice hut. These challenges, made possible through Minecraft: Education Edition, are aligned to both the Republic and Northern Irish curriculums covering subjects from English, Maths, Science, Geography, SPHE and more.

Delivered by Microsoft Ireland’s Dream Space teachers on Dream Space TV in partnership with RTÉjr, the competition provided each school with comprehensive teaching guides to ensure that they were supported in making their submission. Through the competition, Microsoft Ireland and RTÉ sought to inspire students to build critical in-demand skills that will allow them to compete and fully participate in today’s digital world.

Having successfully progressed through the various stages of the competition, which saw participation from 130 other primary schools across Ireland, St Hugh’s National Primary School and Moyvore Primary School will compete in the final phase of the digital skills challenge. The winner will receive the grand prize of laptops for the classroom plus a charging trolley for their school.

Commenting on the final, James O’Connor, Microsoft Ireland Site Lead and Vice President of Microsoft International Operations, said: “We’re delighted to see the ‘Ireland’s Future is MINE’ competition reach its final stages. It’s been encouraging to see the level of enthusiasm from teachers and students right across the country as they competed in the competition over the last few months. At Microsoft, we are passionate about engaging students and teachers in STEM education experiences and by way of Ireland’s Future is MINE and Dream Space, our innovative STEM education experience, we are empowering young people to see digital technology and STEM in exciting new ways.

“We were blown away by the standard of entries from schools across the country to Ireland’s Future is Mine. After months of hard work and nail-biting showdowns, just two talented schools remain in the battle for the coveted title of All-Ireland champions.  RTÉ is so excited to bring you our thrilling final. This is a ‘first of its kind’ esports TV broadcast and when kids see what the finalists built, we hope they will be inspired. Certainly, we’ve been inspired by the creativity and the fun the two teams showed in this exciting final. Don’t miss it!”

To view the scheduling programme for the final, visit RTÉjr here: www.rte.ie/learn/irelands-future-is-mine/