Blockchain Games: What You Need to Know 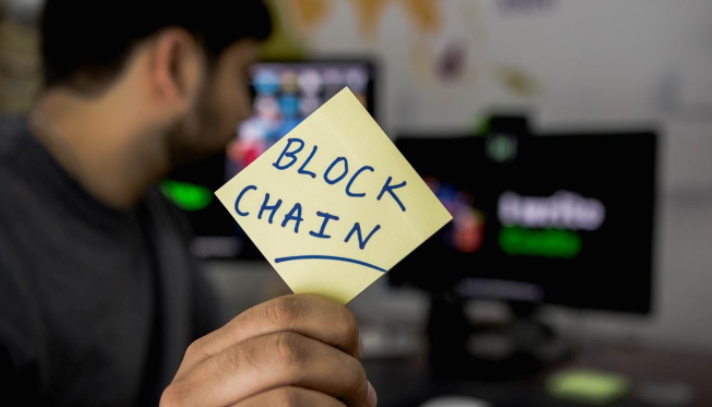 Blockchain technology is on the rise and is growing at a neck-breaking speed, with over $2.3 billion raised in ICO in 2017 and more digital currencies in circulation than we can count.

As it begins to enter our day-to-day lives, we shouldn’t really be surprised that developers are busy finding ways to implement the technology into gaming. We’re already seeing opportunities to build earnings through blockchain games, and sites such as play to earn are key examples of the demand for information on developing that income stream.

But before you leap in, it’s essential to make sure that you have some background knowledge along with an awareness of some of the challenges that blockchain gaming has experienced.

What is a blockchain?

A blockchain is a digital ledger of records that cannot be changed without altering all subsequent blocks. It has been described as a “new foundational layer” for the internet and other digital products and services, taking place beneath the applications we typically use on a day-to-day basis. In more practical terms, it’s simply an online database that stores data in encrypted form. It can only be accessed by someone who has keys to the encryption.

To add information to a blockchain, others must verify it before it can be accepted as true. Once verified (through proof-of-work or proof-of-stake), every node in the network updates its copy of the ledger with this new entry. This ensures that no block is ever altered retroactively without the alteration of all subsequent blocks, making it nearly impossible to forge even a single record.

The first blockchain was conceptualized by Satoshi Nakamoto in 2008 and implemented in 2009 as part of the digital currency bitcoin. There it serves as the public ledger for all transactions on the network. The invention of the blockchain for bitcoin made it the first digital currency to solve the double-spending problem without requiring a trusted authority or central server.

Because bitcoin was the first significant implementation

of Blockchain technology, questions about its scalability, security, and usability have dominated much of the discourse surrounding its development.

The most well-known blockchain game genre is crypto collectibles. CryptoKitties made headlines in December 2017 when users could buy virtual cats for over $100k each, with the most expensive one reaching almost half a million dollars. The success of these collectibles was possible because each individual has unique attributes called cattributes, which, in turn, makes them valuable to collectors.

However, it’s important to note that this wasn’t the first game to use collectibles on the blockchain. Earlier examples include Spells of Genesis, Takara, and EtherGoo.

So what do these games have in common? They all use non-fungible tokens (NFTs). These are unique tokens able to track information about each token holder, like their name or where they live. Each NFT has different attributes that distinguish it from other assets on the blockchain. It’s easy to see how this applies for collectibles like CryptoKitties, but the possibilities go beyond that: an NFT could be anything from a deed to pay in a game or even tokens for in-game currency.

Non-fungible tokens are used to create unique experiences within blockchain games. However, there are other ways that developers can employ the technology to enhance the gaming experience.

Splinterlands, for example, is a post-apocalyptic real-time strategy game where players start as survivors of the great war and develop their colony into an empire that rules the wastelands. One of its unique aspects is that there are different types of resources (wood, ore, etc.) but every item produced using those resources is scarce.

This scarcity helps create the value of resources on the market and allows users to trade them accordingly. It’s no surprise that this mechanic is popular in blockchain games since it behaves like any other cryptocurrency.

The blockchain infrastructure makes everything slower!

There are many parallels between blockchain and traditional gaming: both use pixels, polygons, and textures, and they both require powerful computer rigs. However, one key difference is the speed of operation.

If we’ve learned anything from watching Mr. Robot, then we know that every time something exciting happens with blockchain technology, it takes about ten minutes for it to be. Even though this might not be a big deal for cryptocurrencies, where ten minutes is a small price to pay for decentralization and security, it’s a critical factor when it comes to games.

When FunFair launched its beta version of FunPass, many people couldn’t play the game because the transaction took too long. To get around this problem, they relied on MetaMask, an Ethereum browser extension that allows users to open accounts in decentralized apps without downloading the entire blockchain. This way, players could still use their Ether wallet from anywhere regardless of how long it would take them to become active again.

It’s also bringing the old one back through blockchain technology! Thanks to ERC721 tokens, players can now have a genuine second-hand experience with games where they buy and sell digital assets. This means returning a game could be as simple as selling all your items on a marketplace and then telling a friend you’re done with it.

One of those games is The Elder Scrolls: Legends, Bethesda’s very successful take on the free-to-play collectible card game genre, which has been around since 2015. After its initial release, many people complained about how the company managed its economy (and even won awards for it!), but it can’t be all that bad since the game is still running.

They did, however, run into problems with their latest expansion. Since they required players to spend money on an Expansion Pack containing multiple cards, many people started claiming refunds because of improper marketing practices. This led to a class-action lawsuit where the company kept denying there was any kind of refund policy – which is entirely understandable given blockchain technology’s decentralized nature and permanence of transactions.

It’s not hard to see why companies like Bethesda and Ubisoft (who both recently launched blockchain-based collectible card games) benefit from this model. Once you’ve bought something, you own it forever unless someone buys it off you first. It allows those who love customizing their characters to come back to their favorite games without having to pay for extra content.

The future of blockchain gaming is bright, but nothing’s set in stone!

Like with any emerging technology, there are many kinks to be worked out regarding blockchain technology and video games. There have even been cases where some companies have taken advantage of gamers’ enthusiasm by injecting malware into their collectible-based projects, which shows you how much vigilance is necessary when launching something on a relatively untested field.

There’s also still a lot of debate over whether non-fungible tokens are the right choice for this new market or if they’ll just end up being a gimmick – which is why many developers are still using ERC20 to create their projects.

The point here is that blockchain technology has the potential to change everything, but it’s always good to be realistic when you’re talking about an emerging market that can take many forms in the coming years.

Keeping this in mind, one thing is absolutely certain: once these barriers are broken down, and more people get involved with blockchain gaming, there will be no looking back! The future promises lots of innovation, better community management, and lots of cool features, all things we’ve come to expect from our favorite video game genres.