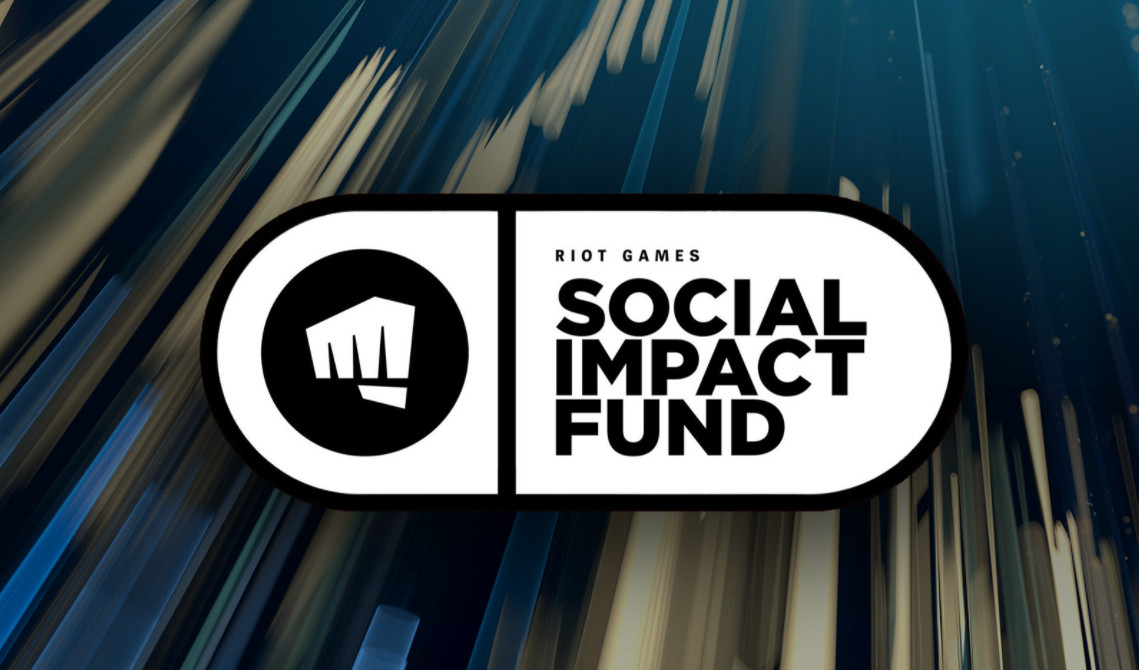 Riot Games announced today the 30 recipients of their $10,000 community grants as a part of Progress Days inspired by Riot’s new TV series, Arcane League of Legends. Throughout the month of November, Riot is uniting its games and products for a global event called RiotX Arcane to bring together players and fans for the launch of the company’s first television series. As a part of the celebration, Riot is honoring the incredible work that these nonprofits are doing all around the world in hopes of inspiring progress.

Over the summer, Riot invited players from around the world to become a ‘force for good’ and nominate a nonprofit and/or a cause area that was important to them. Along with the nomination, players were asked to share a testimonial to explain why this cause was meaningful to them and how it was impacting their local community. Over 19,000 submissions came in from players around the globe and Riot’s social impact team, with the help of their partners ImpactAssets and GlobalGiving, vetted and chose 30 nonprofits to receive $10,000 donations. These high-impact nonprofits support a wide range of countries and cause areas, including an organization from New Zealand that supports community wellbeing and a nonprofit from Brazil that advocates for the rights of people with intellectual disabilities.

“Throughout Riot’s history we’ve seen time and again players come together as one collective community to support the smaller communities they are a part of,” said Jeffrey Burrell, Director of Social Impact. “I want to give the credit where it’s truly due and that’s to the players. It’s really special when we put out a call like this to players and get such an overwhelming response. We couldn’t do this work without them.”

The Riot Games Social Impact Fund is Riot’s nonprofit engine for our collective efforts for global social impact. Through the Social Impact Fund, in partnership with ImpactAssets and managed by GlobalGiving, Riot was able to distribute these grants to over 18 countries around the world. By being able to involve hyper-local NGOs serving local community needs, Riot is able to directly support the causes and interests of their community of players on what matters most to them.

Here are the 30 nonprofit winners:

“The past 18 months have been particularly tough for LGBTI+ young people. Even before Covid-19, LGBTI+ young people experienced a significantly increased risk of depression, anxiety, and suicide ideation. The global pandemic has heightened these mental health challenges, and for many LGBTI+ young people, the past year has been a lonely, anxious time. Earlier this year, 97% of LGBTI+ young people told us for their struggles with anxiety, stress, and depression. We have seen a huge rise in demand for our life-saving support services. With this funding from Riot Games, we can continue to grow and flex to meet the emerging needs of LGBTI+ young people in their homes, schools, and communities. It means so much to us that a member of our community recognized the vital work that we do to support LGBTI+ youth and nominated us for this grant.” – Chris Rowan Fundraising Assistant

The $300,000 in community grants adds to another successful year of social impact. Earlier this year, Riot launched the charitable skin “Elderwood Ornn” and mobilized players to achieve real impact in their own communities while participating in a global event that raised over $7 million for the Social Impact Fund. Also this year, VALORANT held its first in-game fundraiser with a Give Back Bundle which raised over $5.5 million. 50% of the proceeds from weapon skins and 100% from accessories in the Give Back Bundle went towards Riot’s Social Impact Fund to be distributed to various nonprofits. In total, players have raised over $12 million through Riot’s in-game fundraisers for 2021.