The Falconeer Soars Through The Cloud On Stadia Today 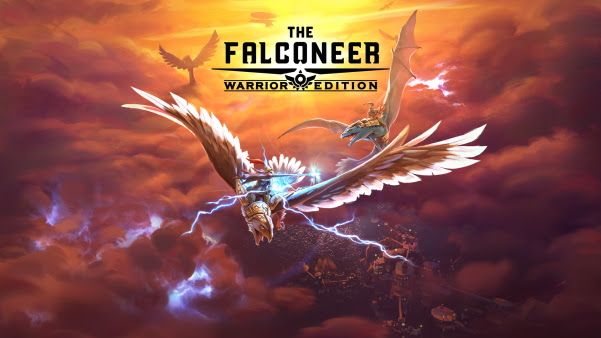 The Falconeer asks players to climb atop a giant warbird and take to the skies in a breathtaking experience set above The Great Ursee, an oceanic world teeming with mysteries. Dive headfirst into a unique adventure filled with intense aerial dogfights, jaw-dropping set-pieces, and immersive storytelling.

“There’s something very fitting about The Falconeer finding a new nest in The Cloud,” said Leo Zullo, Managing Director at Wired Productions. “We love how Stadia lets players jump between screens and experience games on their own terms, without technological shackles, much in the same way as high-flying Falconeers are encouraged to venture out and explore The Great Ursee with complete freedom.”

“I’m incredibly eggcited to bring The Falconeer to a new audience with Stadia, which I can’t stop raven about. I hope players have an impeckable time, whichever devices they use for their adventure,” said Tomas Sala, Creator of The Falconeer.

For more information about Stadia, visit the official website.

About The Falconeer: Warrior Edition

The Falconeer: Warrior Edition includes extensive new updates and features every single add-on pack released since its original launch on the Xbox family of devices and Steam. This includes The Kraken, The Hunter and Atun’s Folly, as well as the latest expansion, Edge of the World, which adds new mini campaigns, new missions, new locations and more. Further additions and updates include the re-recording of significant voice-over work, and a streamlined prologue tutorial.