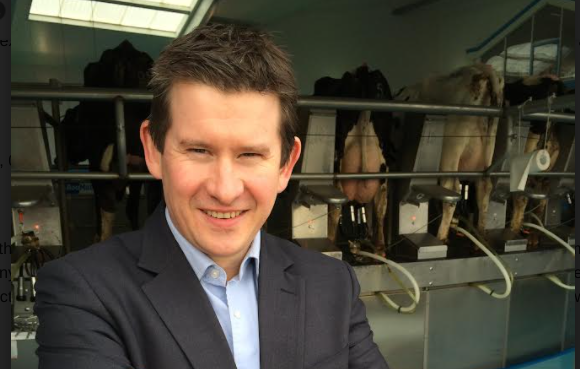 CattleEye, a company which has harnessed the capabilities of advanced AI in video analytics to deliver the world’s first academically verified autonomous livestock monitoring platform, has won the inaugural Ireland leg of the KPMG Global Tech Innovator competition.

CattleEye will now progress to the final at Web Summit 2021 in Lisbon in November, where they will compete with the finalists from 17 other countries for the title of KPMG Global Tech Innovator. Other finalists include companies from the US, Great Britain, South Africa, Brazil, Germany, India & Spain.

The prize also includes travel and accommodation to Lisbon, tickets to Web Summit as part of KPMG’s delegation, an exhibition stand for 1 day, and access to exclusive networking events and mentoring opportunities.

“We’re delighted to win the KPMG Tech Innovator award for Ireland, and to progress to the Web Summit 2021, where we’re very proud to represent the country at the global finals. Our technology platform provides a completely new way of monitoring and gaining insights on dairy cows. Through machine learning, the platform can alert farmers to problems before they’re aware of them, by walking cattle under a security camera that uses a number of neural networks, enabling them to intervene. This will improve the lives of animals, while allowing farmers to become more efficient and reduce carbon emissions.”

“Irish tech companies are amongst the best and most innovative in the world, while our agricultural sector is renowned the word over. CattleEye has married the two by using AI technology to monitor  livestock and provide important data to farmers and dairy managers. CattleEye has progressed to the global finals after demonstrating the impact of their disruptive technology to the market, while also highlighting very exciting plans and growth ambitions. I’d like to congratulate them and wish them all the best as they go on to represent Ireland.”