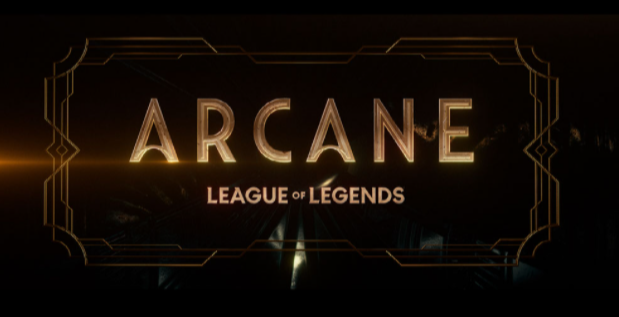 Arcane, Riot’s first tv series, will premiere on Saturday, November 7 at 1 AM GMT. The show will premiere on Tencent video in China and Netflix globally just hours after the League of Legends Worlds Final.

The premiere of the show will be at the center of a global celebration for gamers and fans of the League of Legends IP.

Nicolo Laurent, CEO of Riot Games: “Players all over the world love League and its universe. Their passion is what inspires us to create expressions of Runeterra worthy of their fandom. The launch of Arcane is the beginning of the next chapter for Riot and we can’t wait for players to see what we have in store for them across games, entertainment, and sports.”

“In recognition of this moment, we’re putting players at the center of an amazing launch experience. Worlds and Arcane will combine to form a unified, global celebration, blending competition, entertainment, and community in a whole new way. Think about it like a super weekend for players.”

Based on the world behind League of Legends, Arcane dives into the delicate balance between the rich city of Piltover and the seedy underbelly of Zaun. Known across Runeterra as the “city of progress,” many of the most brilliant minds call these cities home. But the creation of hextech, a way for any person to control magical energy, threatens that balance. While Arcane holds the backstories of League of Legends champions, the series is designed to stand on its own as a complex world filled with moral decisions, breathtaking animation, and suspenseful storytelling.

Christian Linke, Co-Creator of Arcane: “When we set out to produce Arcane, we knew that we had something really special with the story of Jinx and Vi. We wanted to explore the idea of what you would do for your family, what values you’d compromise, and the conflict you’d endure. The story, combined with the hand-painted art style and nuanced character animation we created in partnership with Fortiche, will bring players a rich glimpse into the world of League of Legends.”

Players will see some familiar faces in Arcane, like Jinx, Vi, Jayce, and Caitlyn, and learn about the events that made them into the iconic champions we know today as we push their stories forward. Players will also be introduced to some new faces too, like Vander and Silco, who are both citizens of Zaun and play critical roles in shaping the evolving world.

Alex Yee, Co-Creator of Arcane: “Arcane is a story of duality. How characters become divided across two halves of a city with values and opportunities that are opposite but complementary. Each with their own merits and flaws. You may be the hero in your story, but the villain in someone else’s.”

The champions in Arcane are the ones players have come to love in our games. They should feel very familiar, but there might be some differences from what you remember as we’ve adapted them for the TV show format.

The show will explore the extremes our characters will go to when family and tradition are put at odds with their principles and beliefs. Their personal struggles impact the world in ways they never expect and shape the future of the sister cities.

Earlier this week, Riot announced the global voice actors for Arcane. Below is a selection of the global English language cast: