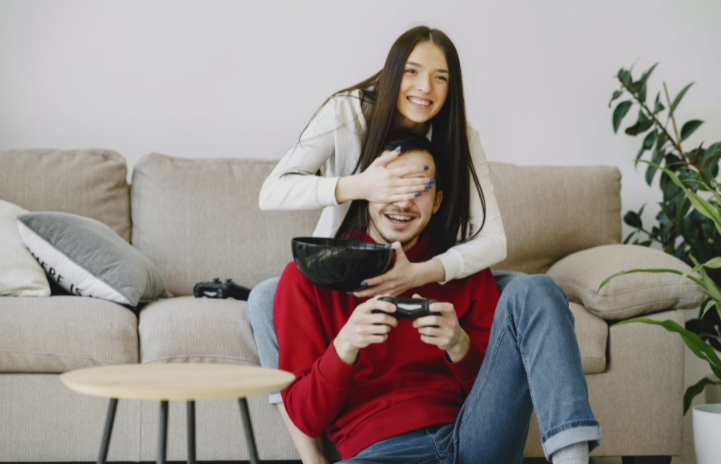 Even though the year is halfway through, there are plenty of new 2021 games to look forward to between September and December. The start of 2021 was a little quiet at first, but that provided us with the opportunity to notice a few unexpected hits like Valheim and Loop Hero and to get in a few live dealer games on the Blackjack table.

Now that the summer is almost over and the E3 announcements are no longer fresh in our minds, we’re starting to look ahead to some of the most anticipated releases of 2021. Some of this year’s most anticipated games have been pushed back from earlier in the year to this autumn and holiday season, which isn’t as sad now that we’re getting closer to that time.

There are many re-titles among these new releases, including two from Sega to commemorate the Sonic and Super Monkey Ball anniversaries, and Rockstar Games is keen to sell Grand Theft Auto 5 to everyone again. Even though Sony and Microsoft’s new consoles were released about a year ago, this roster is notable for its absence of current-gen exclusives. But that doesn’t mean the lineup isn’t as action-packed as an Expendables film! So, let’s get cracking with previewing some of the latest upcoming releases.

The release date for Valheim Hearth and Home has been confirmed. On September 16, the first significant update for the Viking-themed survival game was released. Those of you eager to learn more have come to the right place; we’ve gone through all of the teasers, videos, and developer updates from the past few months. To give you an idea, the Valheim Hearth and Home update will offer us a tonne of gold, a cute little oven, and an onion garden, to name just a few things. Also, a raven or a horse may or may not be present (those bits are still unclear).

Eastward transports you back to the days of VHS anime in the 1980s, when you could immerse yourself in a secretive and unique medium that you couldn’t find anywhere else. Players take on the roles of John and Sam and must travel Eastward (whoa, that’s the title!) through a bizarre and surreal realm. Unfortunately, while the characters and narrative have a lot of heart and carry the story to its conclusion; the combat, puzzles and boss encounters fall short.

A fantastic tune serves as an excellent backdrop to the pixel-perfect visuals, creating a whimsical and captivating ambience for this quirky RPG that openly pays homage to titles such as Earthbound. In addition, there’s an entire game called Earth Born inside Eastward, complete with its own (in-game cash) gacha system, that’s a lot of fun to play when you need a break from the main tale.

Blizzard hopes to maintain the essence of the original Diablo 2, but with enhanced graphics, Dolby 7.1 surround sound, and other crucial quality-of-life enhancements. You’ll be able to choose between the upgraded graphics and the original sprite-based textures, just like in Halo: The Master Chief Collection. We enjoyed the game throughout its technical alpha and latest beta, and we’re looking forward to seeing it in its final form in a few days.

Doctor Who: The Edge of Reality

With the release of two new video games, including a first-person experience featuring both the Tenth and Thirteenth Doctors, the worlds of Doctor Who are about to expand. Doctor Who: The Edge of Reality, which is coming to consoles and PCs, reimagines and builds upon last year’s VR experience, Doctor Who: The Edge of Time. It will feature the voices of Jodie Whittaker and David Tennant.

The game from digital entertainment studio Maze Theory – produced in partnership with BBC Studios – will see the player team up with the Doctor(s) to uncover a universe-spanning threat and work to save reality from a series of time-breaking glitches, continuing the story that began in The Edge of Time. Along with new monsters, fans may expect to see old villains such as the Daleks, Weeping Angels, and Cybermen make cameo appearances.

Roll up! Roll up! As you strive to establish yourself amid industry heavyweights Ringling Bros., P.T. Barnum, and Buffalo Bill, take command of your own run-down circus and navigate a distinctively American type of entertainment filled with weird folklore, vicious crime, and social inequity. To become the tycoon of an entertainment empire the likes of which the world has never seen, build your troupe, manage your circus camp, travel Gilded Age America, and surprise your audience!