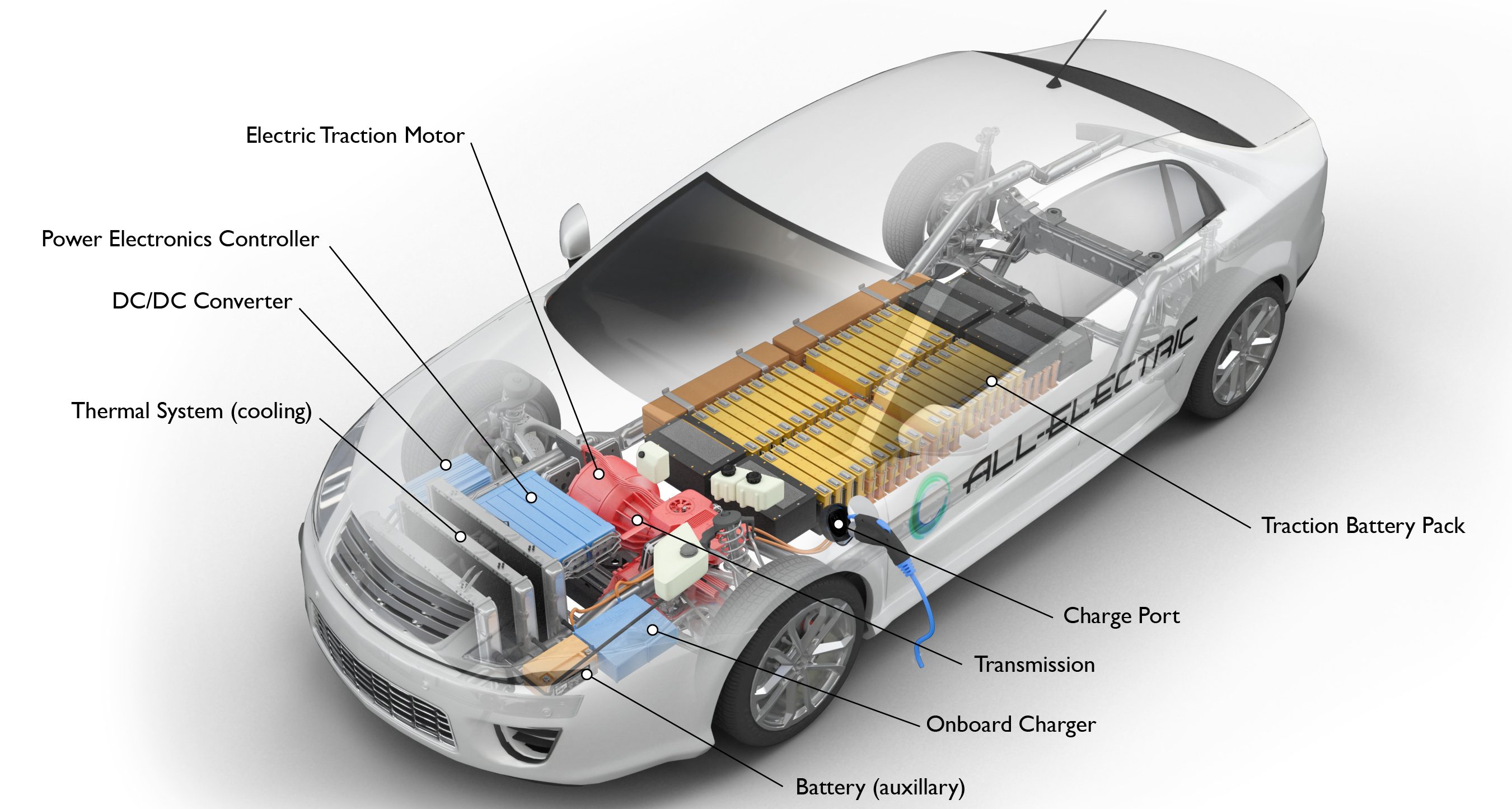 Electric cars, as the name suggests, run on electricity. Their rechargeable batteries power the electric motor that turns the wheels. Due to the increased acceleration in the wheels, the vehicles tend to be faster and lighter than traditional cars. If you’re in the market for one, Carplus will help you understand how it works and find you the ideal car if you need one. Let’s find out what makes the electric car the possible future of car travel.

The placement of a car battery helps to maintain the center of gravity low, thereby keeping the car from oversteering off the path in corners. For this reason, the battery in an electric car is usually placed low down in the car or, in some cases, run along the floor. Since the entire machine now runs on electric power, these cars have an auxiliary battery to cover the smaller electronics like the lights, windows, and so on. This way, the car will still work even if the main battery stack runs out.Electric vehicles are more than just a car. With Dcbel bidirectional power flow charger implemented in home solar system EV’s battery becomes a very powerful energy storage system on wheels.

Despite their sustainable nature, electric cars are heavier than their petrol or diesel counterparts are and can weigh as much as 2000 kilograms.

Just as the use of batteries is compartmentalized, there are different electric engines used for different purposes too. The smaller electronics, like the windshield wipers, use direct current motors. However, a DC motor is not sufficient to drive the vehicle, for which an alternating current motor is used.

There are two types of AC motors used to create traction for an electric vehicle:

Electric or hybrid cars have a charge port and need to be plugged in to recharge. This could be done from a domestic socket, the same ones used to charge laptops, or from a fast charger available at your closest motorway or parking. Note that weather changes will affect the performance of your car, while warmer temperatures allow farther travel, colder temperatures tend to require an extra charge to travel the same distance.

These electric vehicles are classified as zero-emission vehicles as their only outputs are water and heat. An FCV uses fuel cells, commonly in combination with a small battery or a supercapacitor, in order to power an onboard electric motor. Electricity is generated from the oxygen in the air and compressed hydrogen, leaving byproducts, water, and heat.

Fuel cells are made up of three parts, an electrolyte, an anode, and a cathode. Despite the lack of hydrogen filling stations, the fuel cells are used in large machines like the forklift and submarines.

Control units are the decision-making centers of the machine. They are used to decide the amount of power to send to the electric motors from the batteries. Don’t think of the control unit like a switch that only goes on or off, though. If it did that, you would not be able to drive at all. Instead, the control unit feeds power to the motors a few thousand times per second depending on the acceleration you provide, thereby emulating the feeling of being in an actual car.

Don’t be fooled, though – electric cars can accelerate like a beast. This is because all the torque is right there at your service as soon as you push the pedals down.

When you brake, your car loses some of the energy guiding it forward. This is a very normal thing. However, electric cars have a feature called regenerative braking. Every time you brake, the mini electric car saves some of the energy it would otherwise lose in braking and channels it right back to the main battery. While this gives the sensation of the car slowing down, what this does is increase your range with every brake.

There will be settings, of course, for you to control just how strong you want this effect to be. Overall, though, it makes the driving experience better and safer all around. In fact, you can drive some electric cars out there with just one pedal!

Hopefully, this article helps you understand some of the inner workings of an electric car and what makes its components different. Even better, more advanced electric cars are waiting across the horizon, so it is exciting to see what the future holds for this industry.