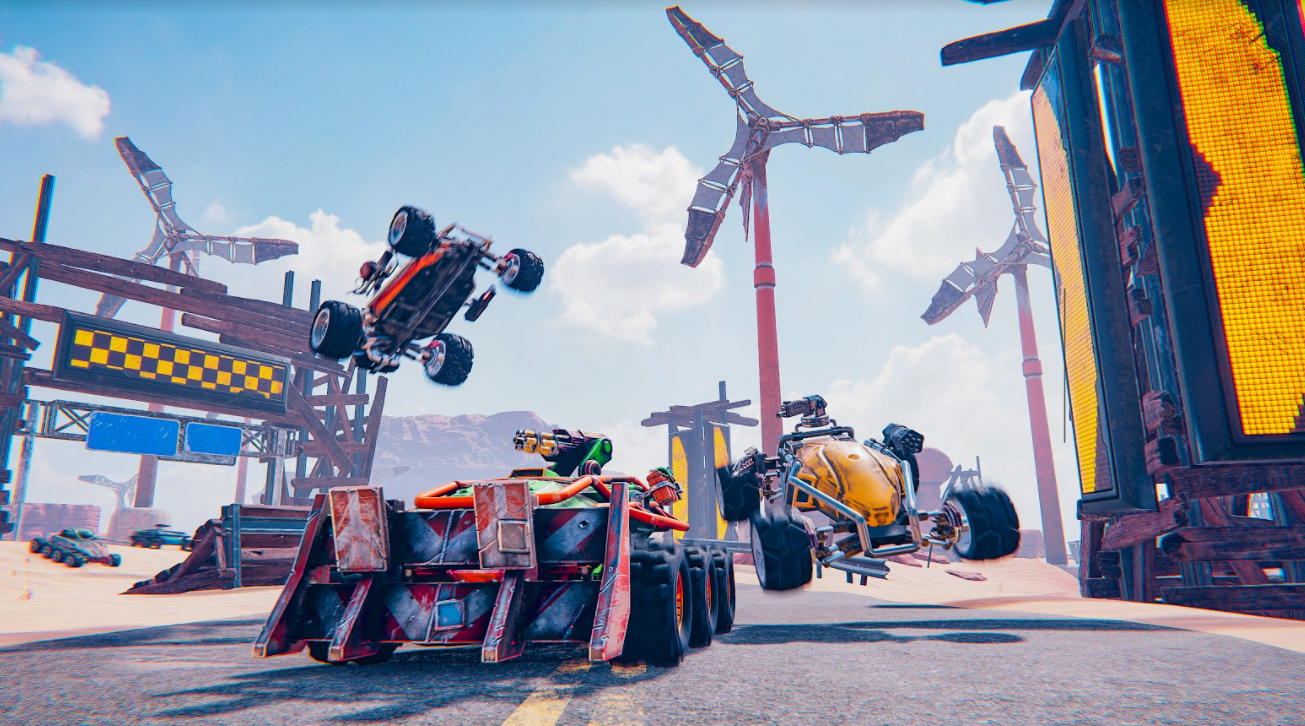 An exclusive Seeker vehicle skin is available for those who take part in the beta, and signups are open right now ahead of the first weekend. An exclusive one-of-a-kind artwork can also be won by those who share their content from the game.

Publisher Digital Matters and developer Redcatpig have revealed that their new high-octane vehicle combat game KEO is kicking off the first of three consecutive Steam open beta weekends on 24th July. Each weekend will feature its own game mode for players to drive, fight, and survive in with a number of vehicles and devastating customisable weaponry.

Players who sign up for the beta will not only get access to the exclusive Seeker skin for use in the full game on release, but those who share content from the beta using the hashtag #KEOCraze will also be in with the chance of winning a unique artwork from the team at Redcatpig. This will be signed by the developers and sent to the winner as the ultimate prize for KEO players.

KEO will welcome players when it launches into Steam Early Access later this year, but players can sign up for the beta right now at this link. The full game will release in September 2021, and a brand new trailer showcases what players can expect from KEO. For more on the game, players can join the Discord.