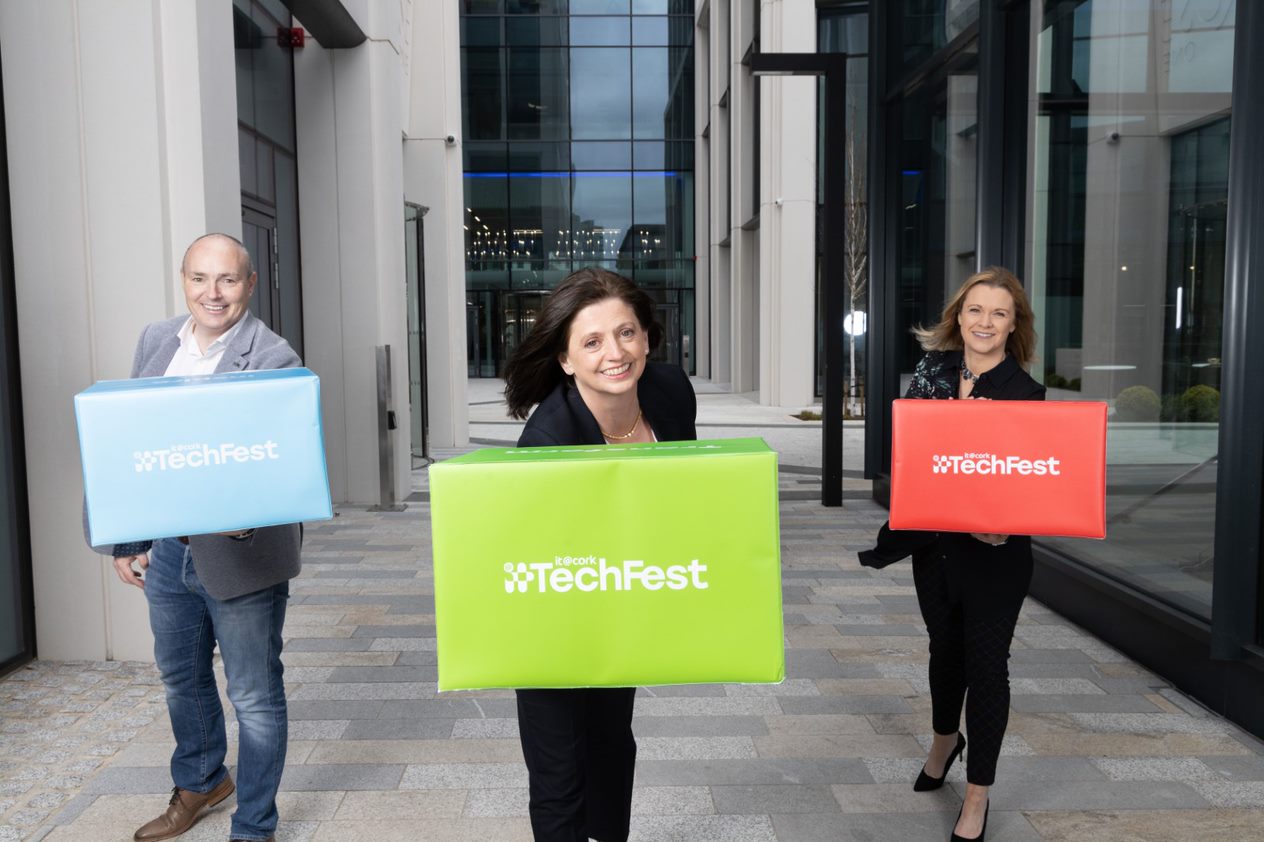 Speakers at it@cork’s annual technology festival TechFest have highlighted the need for the industry to adopt a greater focus on sustainability and accessibility. Over 750 people attended the fully virtual three-day event, which came to a close today (27 May 2021).

Gillian Bergin, it@cork Chairperson and Senior Consultant with DELL Technologies said: “The last three days have inspired, motivated and challenged us to think about how we must create technology for all, in terms of fair and equal access, and how innovation can support more sustainable ways of working.“

“Whether it’s protecting our biodiversity or diversifying our teams and talent pools, we have an opportunity to influence and shape the future of work and the future of society. Technology and innovation must be used in pursuit of good; it’s so much bigger than convenience and entertainment. We have a moral responsibility to ensure economic, social and technological progress happens in harmony with humanity, equality and the planet.”

During one of the keynote speeches, Marcus Weldon, Former President of Bell Labs and CTO of Nokia, explored the three ‘Ps’ of the UN’s Sustainable Development Goals – Prosperity, People and Planet – and how emerging technologies such as robotics and machine learning will lessen the burden of data overload and repetitive tasks for workers of the future. He also heralded the mass adoption of existing video conferencing software during the pandemic as one of the greatest and lasting innovations of the last 12 months.

In his keynote address, Rory Fitzpatrick, CEO of the National Space Centre in Midleton, Co. Cork, explored the growth of Ireland’s space industry and how satellite imagery will be used in time to predict natural disasters such as fire and flooding. He also confirmed to attendees that SpaceX’s Starlink satellite broadband project, the brainchild of Elon Musk, has been in place in the National Space Centre since January of this year.

In her keynote address exploring how technological innovation acts as a catalyst for human connection, Caroline Dowling, Non-Executive Director at UNICEF Ireland and former Business Group President at Flex, also highlighted the lack of reliable fast broadband in Ireland, saying: “For a true digital economy, for fair working from home and business practices, we must solve this issue faster than we have been doing. We need innovation through connecting existing technologies and using them to solve problems.”