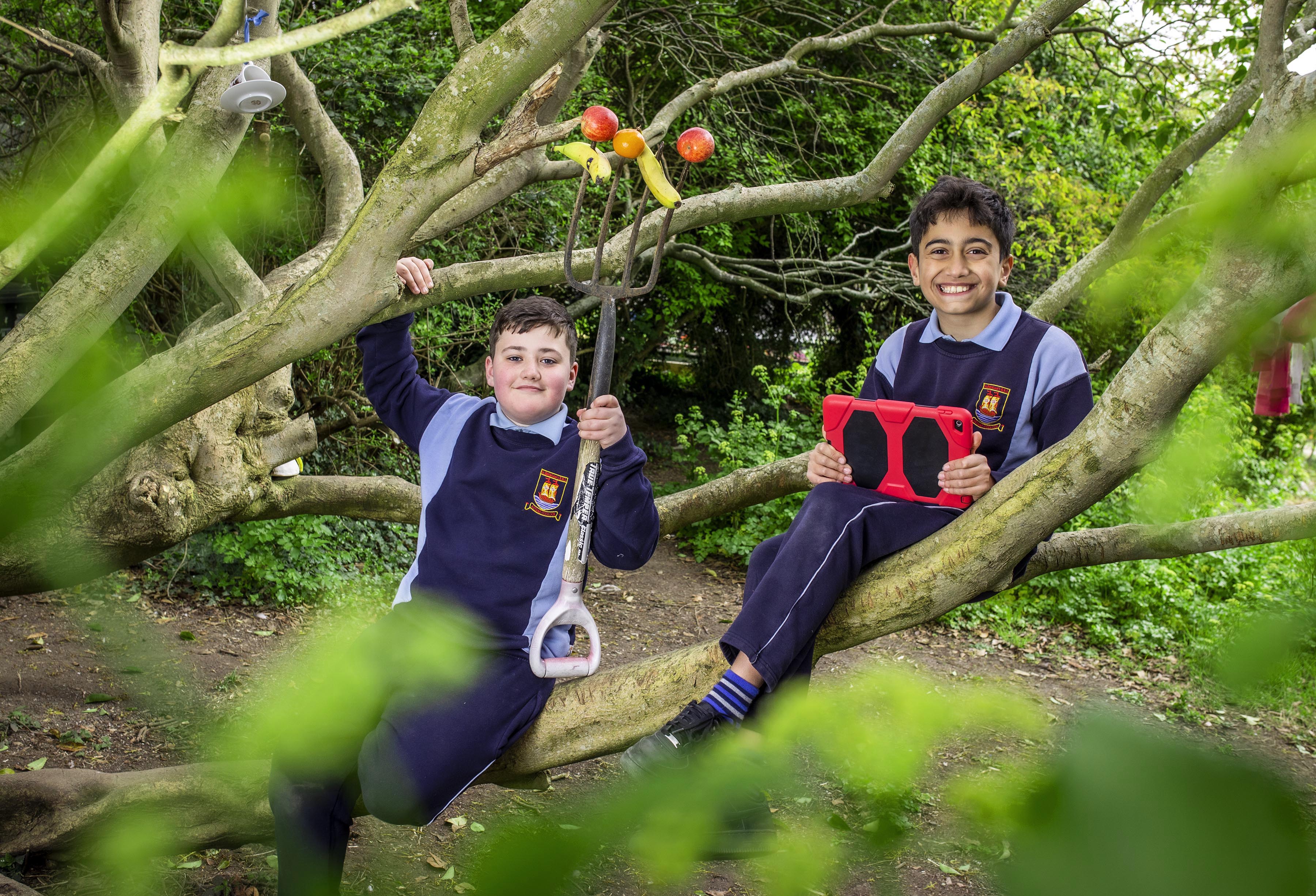 Primary school children can become life-saving aid workers in a new Irish made video game that mixes fun with serious world issues like hunger and climate change. Sustainimals is a free online game where the player must support a community devastated by a massive storm and floods that destroyed homes, water sources and food crops.

The game also features fun mini-games that the player must complete to get aid supplies. They include catching compostable items in a brown bin as they fall from the sky and searching for locally grown items in a farmer’s market.

It was made by five third-year game design students at TU Dublin in collaboration with the international humanitarian organisation Concern Worldwide.

“Games can be educational and incredibly good fun to play, which is why we came up with Sustainimals,” said game developer Niamh Germaine (22) from Graiguecullen in Carlow.

“We wanted to highlight the importance of sustainability in our game and the need for everyone to live with each other and our environment in a more balanced way.

“The main player is a cute cartoon animal called Wasiwasi (Swahili for Concern) who wants to live sustainably with the other animals in the community – which is why we called it Sustainimals.

“We really hope that those who play our game develop a greater level of empathy and understanding towards those who are struggling today with food insecurity.”

Niamh and the other developers on her team – Dubliner’s Matthias Greferath (21) from Stillorgan, Sonny O’Mahony (21) from Raheny, Kevin O’ Halloran (20) from Knocklyon and Serena Manassero (26) from Swords – created Sustainimals in just 12 weeks.

They made the game for children aged between nine and 13 and hope that it will be played in schools around the country – but it is already getting great reviews from pupils at schools that got to play the game before its release.

“Sustainimals is one of those games that you can learn from but also have a lot of fun playing,” said Jaydyn Gannon (11) from St Brendan’s Boys in Artane, Dublin.

Concern Worldwide said it was “honoured and very grateful” to have been asked to be a TU Dublin partner with this game, which shows some of the work its own aid workers do today in 23 of the world’s poorest countries.

“We applaud the TU Dublin students who made this fun and engaging game with Concern in mind, for which we are very grateful,” said Concern’s school and youth manager Noeleen Doyle.

“They have created a game that can inspire an entire generation of children about the importance of living in a sustainable way as we try to reduce world hunger, climate change and violence.”

Sustainimals is one of TU Dublin’s Serious Games projects, which gives game design students the experience of developing games that both entertain and educate.

Each year, students develop these type of games for not-for-profit organisations such as charities and social enterprises.

Veteran Irish game developer, Peter Lynch, who lectures in game design at TU Dublin, said they are “very proud” of their students and the games they have created for worthwhile causes.

The university’s games programme and students will be moving to the new TU Dublin Grangegorman Campus after the lifting of COVID-19 restrictions.

Sustainimals is available to play for free on the Concern website at https://www.concern.net/sustainimals-game and will work on up-to-date mobile and PC devices.