Google Earth gets its biggest update in years. #GoogleEarth 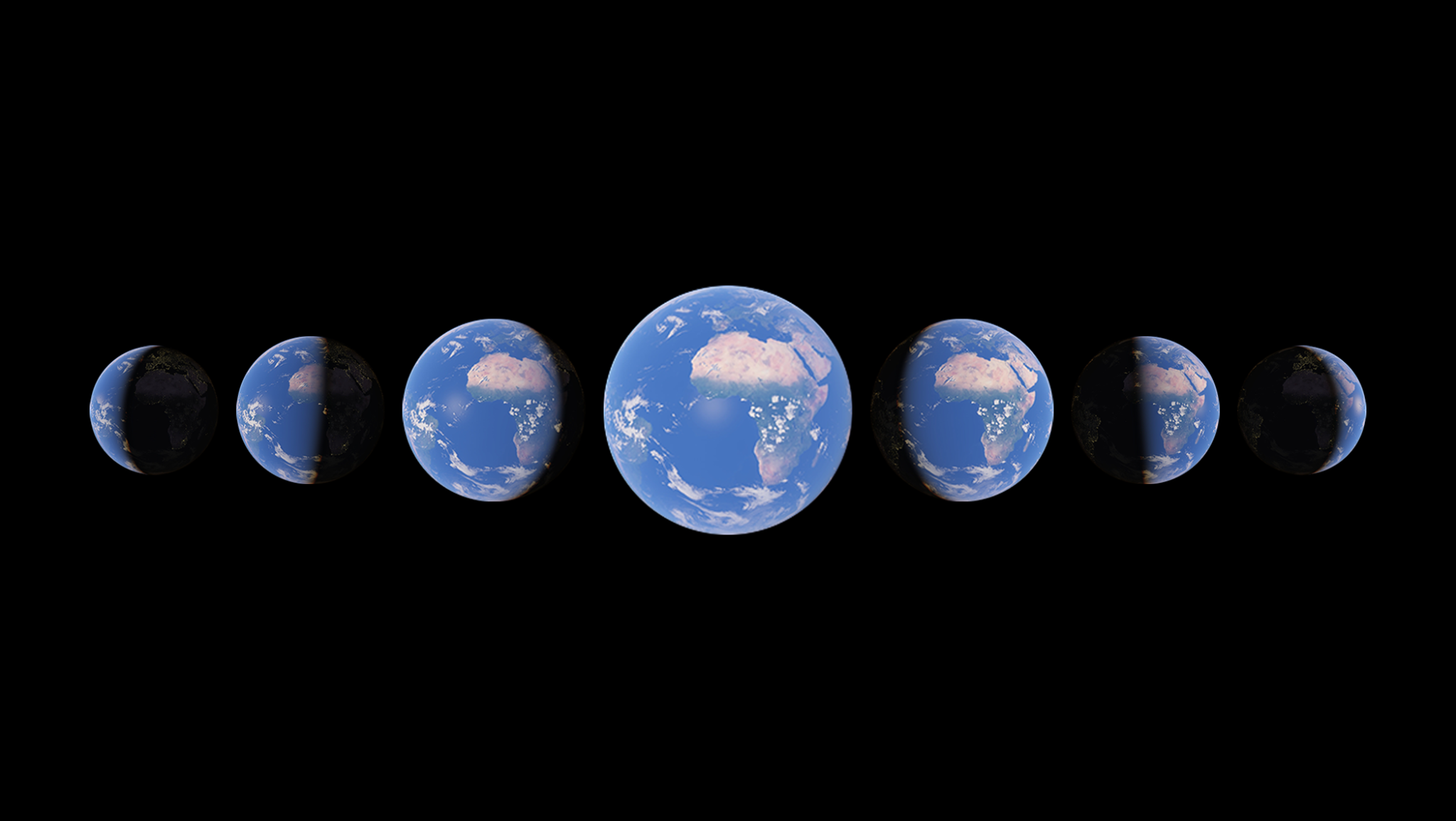 For the past 15 years, billions of people have turned to Google Earth to explore our planet from endless vantage points. You might have peeked at Mount Everest or flown through your hometown. Since launching Google Earth, they have focused on creating a 3D replica of the world that reflects our planet in magnificent detail with features that both entertain and empower everyone to create positive change.

In the biggest update to Google Earth since 2017, you can now see our planet in an entirely new dimension — time. With Timelapse in Google Earth, 24 million satellite photos from the past 37 years have been compiled into an interactive 4D experience. Now anyone can watch time unfold and witness nearly four decades of planetary change.

Our planet has seen rapid environmental change in the past half-century — more than any other point in human history. Many of us have experienced these changes in our own communities; For other people, the effects of climate change feel abstract and far away, like melting ice caps and receding glaciers. With Timelapse in Google Earth, have a clearer picture of our changing planet right at our fingertips — one that shows not just problems but also solutions, as well as mesmerizingly beautiful natural phenomena that unfold over decades.

To explore Timelapse in Google Earth, go to g.co/Timelapse — you can use the handy search bar to choose any place on the planet where you want to see time in motion.

Or open Google Earth and click on the ship’s wheel to find Timelapse in our storytelling platform, Voyager, to see interactive guided tours. We’ve also uploaded more than 800 Timelapse videos in both 2D and 3D for public use at g.co/TimelapseVideos. You can select any video you want as a ready-to-use MP4 video or sit back and watch the videos on YouTube. From governments and researchers to publishers, teachers and advocates, we’re excited to see how people will use Timelapse in Google Earth to shine a light on the issues facing our planet.

See the difference the Suruí people have made through their protection of the Amazon rainforest they call home in Rondônia, Brazil

Watch agriculture take shape in the middle of a desert in Al Jowf, Saudi Arabia

Understand the causes of Earth’s change Google worked with experts at Carnegie Mellon University’s CREATE Lab to create the technology behind Timelapse, and we worked with them again to make sense of what we were seeing.

As Google looked at what was happening, five themes emerged: forest change, urban growth, warming temperatures, sources of energy, and our world’s fragile beauty. Google Earth takes you on a guided tour of each topic to better understand them.

Timelapse in Google Earth shows the rapid change on our planet in context through five thematic stories, for example the retreat of the Columbia Glacier in Alaska.

Putting time on Earth in the palm of our hand

Making a planet-sized timelapse video required a significant amount of what they call “pixel crunching” in Earth Engine, Google’s cloud platform for geospatial analysis. To add animated Timelapse imagery to Google Earth, Google gathered more than 24 million satellite images from 1984 to 2020, representing quadrillions of pixels. It took more than two million processing hours across thousands of machines in Google Cloud to compile 20 petabytes of satellite imagery into a single 4.4 terapixel-sized video mosaic — that’s the equivalent of 530,000 videos in 4K resolution! And all this computing was done inside our carbon-neutral, 100% renewable energy-matched data centers, which are part of their commitments to help build a carbon-free future.

As far as we know, Timelapse in Google Earth is the largest video on the planet, of our planet. And creating it required out-of-this-world collaboration. This work was possible because of the U.S. government and European Union’s commitments to open and accessible data. Not to mention their herculean efforts to launch rockets, rovers, satellites and astronauts into space in the spirit of knowledge and exploration. Timelapse in Google Earth simply wouldn’t have been possible without NASA and the United States Geological Survey’s Landsat program, the world’s first (and longest-running) civilian Earth observation program, and the European Union’s Copernicus program with its Sentinel satellites.

An inside look at Google Earth. With mountains, valleys, buildings and more, Timelapse videos are draped over our planet using advanced 3D graphics rendering techniques. At any given moment, the correct videos for your location, view angle and zoom-level are seamlessly stitched together on the fly to compose Timelapse in Google Earth, updated as you pan, zoom and explore.

24 million satellite images from 1984 to 2020 were analysed, and we identified and removed artefact’s in the imagery, like clouds. We then computed a single representative pixel for every location on the planet, and for every year from 1984-2020 to produce our global, cloud-free Timelapse experience.

What will you do with Timelapse?

Google Earth invites anyone to take Timelapse into their own hands and share it with others — whether you’re marvelling at changing coastlines, following the growth of megacities, or tracking deforestation. Timelapse in Google Earth is about zooming out to assess the health and well-being of our only home, and is a tool that can educate and inspire action.

Visual evidence can cut to the core of the debate in a way that words cannot and communicate complex issues to everyone. Take for example the work of Liza Goldberg who plans to use Timelapse imagery to teach climate change. Or the 2020 award-winning documentary “Nature Now” that uses satellite imagery to show humanity’s growing footprint on the planet.

Timelapse for the next decade to come

In collaboration with our partners, we’ll update Google Earth annually with new Timelapse imagery throughout the next decade. We hope that this perspective of the planet will ground debates, encourage discovery and shift perspectives about some of our most pressing global issues.

Black Friday/Cyber Monday gifts for everyone