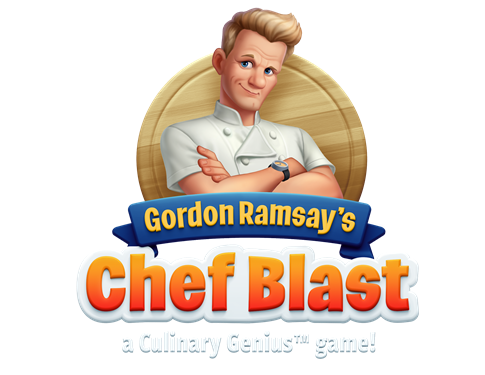 Outplay Entertainment, the largest independent mobile game developer in the UK, is releasing the match-two puzzle game Gordon Ramsay’s Chef Blast (Chef Blast) globally for iOS and Android devices. Created in close collaboration with Ramsay and Chinese co-development partner, iDreamSky, and inspired by the “Culinary Genius” television show, Chef Blast takes the sights, sounds, and joy of cooking and dishes them up in a fun, fresh, and accessible casual puzzle game. As players jostle their way to the top of the leader board, they are cheered on in ways that only Ramsay could as they try to unlock exclusive recipes created by him.

“When the team at Outplay told me the idea behind Chef Blast, I was immediately sold on it,” said Gordon Ramsay. “I can’t wait to turn up the heat on everyone and see how they do.”

Chef Blast challenges players in fun and innovative ways as a cartoon version of Chef Gordon Ramsay offers encouragement or the occasional virtual kick in the backside. By completing challenges, players are able to unlock some of the chef’s favourite recipes as well as new exclusives that have never been available online or in any of his top-selling cookbooks.

“It’s been an absolute thrill and a once-in-a-lifetime experience for the entire team at Outplay getting to work with Chef Ramsay on Chef Blast,” said Outplay Entertainment Co-Founder and President Richard Hare. “I’m incredibly proud of what everyone has accomplished in bringing Chef Blast to players worldwide, especially during this chaotic time, and we can’t wait for players to get their chance to experience it for themselves.”

Gordon Ramsay’s Chef Blast is now available worldwide on the Apple App Store and Google Play. For more information on Outplay Entertainment and Chef Blast, follow the organization via its official website here, and on Twitter and Facebook.