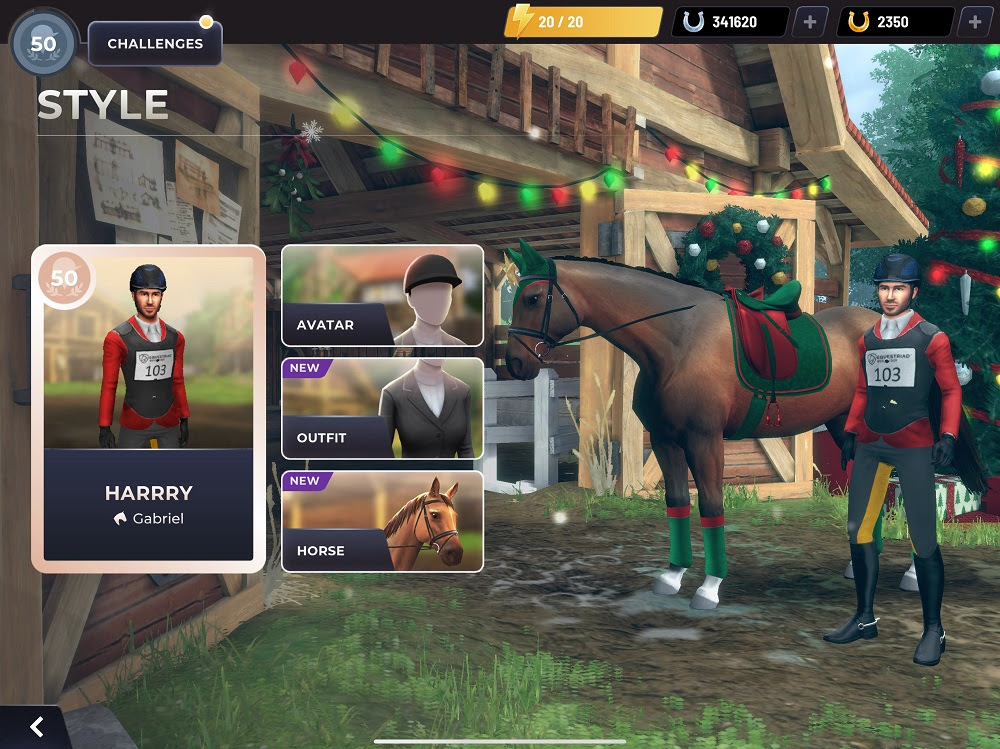 GoGallop Studios, a leading Australian mobile games publisher, is delighted to announce the global launch of Equestriad World Tour, a free to play mobile title that sees players jump into the world of equestrian care and competition, on Android devices.

Now available on both Android and iOS, the team behind Equestriad World Tour, GoGallop Studios, has been listening to players’ feedback to make the game a first in class. Whichever platform players find themselves on, they’re now able to buy and sell horses to maximise their potential in competition.

That’s not to forget the hundreds of unlockable items players can access in the game’s Tack Shop to customise the look of their steed, too. As we enter the holiday season, there will be more ways to turn horses into pretty ponies with the arrival of Christmas-themed items in the Tack Shop. Turn your steed into a famous, red-nosed reindeer, give it an adorable Santa hat, and more!

Mastering skills in the three equestrian disciplines of jumping, cross-country, and dressage is just the first step in Equestriad World Tour. A solo career mode and the ability to compete as part of a team with friends and family give players choice as they take on the equestrian world. Whether players are aiming to be the top stud, or seek success as part of a team, they compete in qualifying events to reach the ultimate challenges of Equestriad World Tour, the official horse trial events.

The launch of Equestriad World Tour on Android welcomes the latest licensed horse trial event to the game: Land Rover Kentucky Three-Day Event! Followers of equestrian sports will recognise Kentucky as the only five-star event in the western hemisphere, and one of only six in the world.

Fans and newcomers all over the world will be able to test their skills in this prestigious 3-day eventing competition as Equestriad World Tour also adds localisation in several new languages. Players can now enjoy the game in German, Italian, and Spanish, in addition to English (French localisation coming soon!)

“We’ve had some great feedback from our iOS community and we’re really impressed with how players have gone from trot to canter with Equestriad World Tour already,” said Craig Laughton, CEO at GoGallop Studios, “With the game’s launch on Android we’re excited to open our doors to even more players and give everyone the immersive anytime, any place equestrian experience we’ve been working so hard on.”