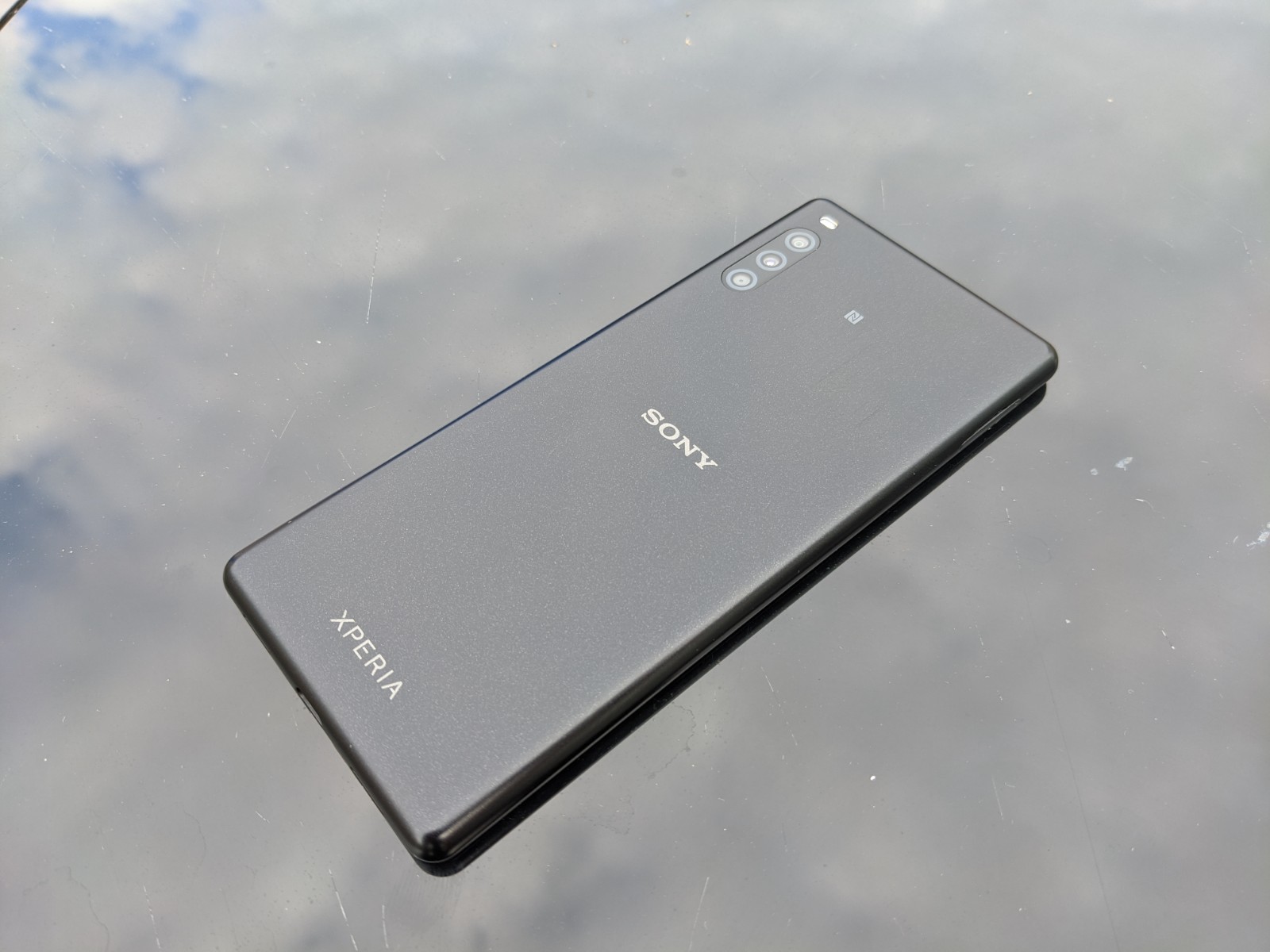 Sony are back again with a familiar looking 21.9 aspect ratio device which makes it tall and thin and easy to use for a 6.2 inch phone which is considered big these days and comfortable too it is to use given the size in comparison to others out there due to its footprint.

Spec wise it is mid tier however it does perform well and for me being a power user I had no issues bar a few app crashes on the device during my test period. You have 3GB of RAM 64GB memory which can be expanded via micro sd with a Mediatek MT6762 chipset and a 3580mAh battery which will get you through the day. We have bluetooth 5.0 a HD+ LCD (1680×720) display which reminds me of the iPhone 11 but it is still decent,the camera array is a triple camera set up no sticking out like a sore thumb which i like and does not rock on a table. The rear is a 13mp 5mp and 2mp respectively and front camera is an 8MP.

On using the device I found the camera overall good for the price and indeed the whole phone it took anything well I threw at it being a power user as I had my main sim in it, multitasking was good and no issues there the snaps where fine but you get the occasional oversaturated /grainy images but did well mostly in daylight at night it is not bad depending on conditions but you can see the samples in the video below and decide for yourself. For the price you pay here you cant really complain being fair and it is a worthy contender in the mid tier market but I wish Sony would bring us some more colors to the fore than the traditional black variant and perhaps change their design language a little as we are seeing again the same repetitive design which gets confusing when in a shop and you see a line up of devices that look the same but this can be said for many manufacturers too.

You can pick up the L4 for 169 euro on eir or sim free for under 200 euro on Amazon or similar online retailers.

Sony sent us to review and no compensation was paid nor did they get a copy of this before you seen it or influenced me in any way.